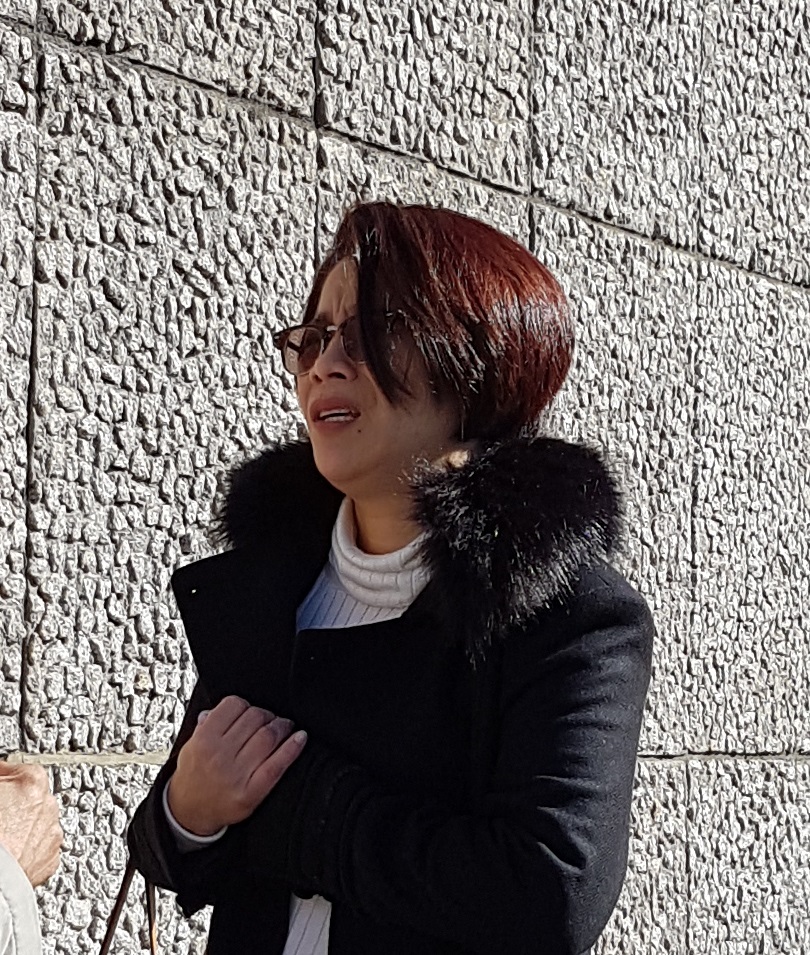 Pamela Ivanov outside court this morning

A woman from Cricklewood appeared in court today accused of running a warehouse from which she supplied crystal meth to five Brighton men.

Pamela Ivanov, 42, and the five men were all charged with conspiracy to supply crystal meth in Brighton from New Year’s Eve 2012 until 5 December 2017.

Ivanov, a petite Filipina national, was also charged with possession of 618g of crystal meth and 30g of cocaine with intent to supply, as well as being concerned in the supply of cocaine and GHB.

Her co-defendants are Ryan Nelson, 42, and Storrm Bowman, 41, both of New England Street, Mark Green, 40, of Tongdean Lane, Kennady O’Rourke of Pankhurst Avenue and Paul Russell of Middle Street.

Bowman, who came into court on crutches, Nelson, who appeared with dyed green hair, and O’Rourke are also charged with possessing gamma butyrolactone, also known as GHB or liquid ecstasy, with intent to supply.

Green is also charged with possessing MDMA, cocaine, mescaline and GHB, all with intent to supply.

Russell is also charged with possessing MDMA and GHB with intent to supply.

The charges followed police raids in Brighton on Tuesday 5 December last year and in Cricklewood the following day, part of a police sting dubbed Operation Australia.

All were given unconditional bail ahead of their next appearance at Lewes Crown Court on Thursday 25 October.