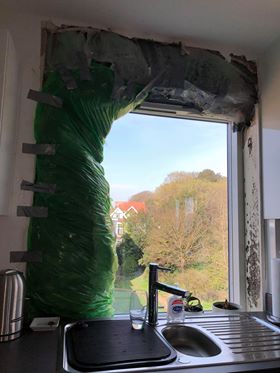 work to fix one of Darren Innis’s leaking windows

Residents at a newly built block of flats have complained about a shocking catalogue of problems since they moved in.

Some flats at One Hove Park on Old Shoreham Road, Hove have been plagued with leaks and flooding, leaving them damp and cold, and flooding has also affected the communal electricity supply, leading to fire alarms going off when it rains.

Residents have complained that gas pressure is too low – and three silver birch trees placed in pots in the garden have been left to die because nobody has been watering them. 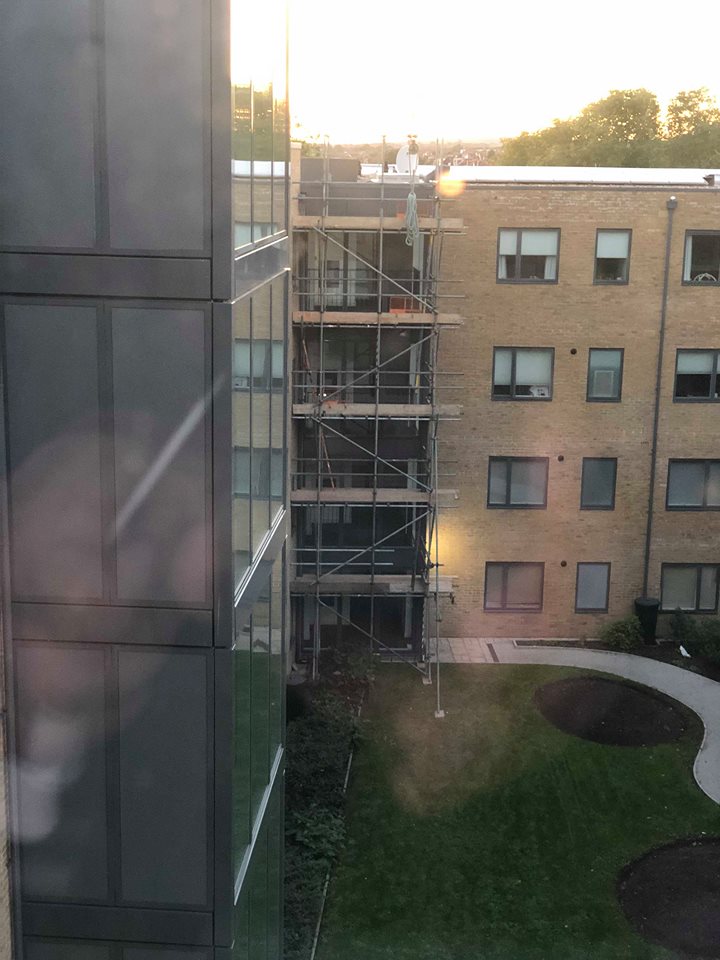 Scaffolding went up again this week at One Hove Park

Last year, all residents were sent a letter from electricity provider eon warning them that it had applied for a warrant to cut off electricity to communal areas over an unpaid £26,853 bill. The bill has now been settled.

Meanwhile, Hyde Housing, which built and manages the block, only realised that the solar panels which cover most of the roof had not been switched on two and a half years after they had been installed.

Peter Kyle MP has helped residents pressure Hyde to resolve the issues, but although some repairs have been done, work is still ongoing to identify and repair the faults. 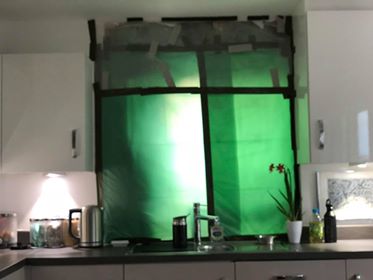 Another of Darren Innis’s rotten windows

One resident, Darren Innis, says that Hyde only started taking his complaints seriously once he paid for an independent surveyor to work out what was causing the serious leaks to his shared-ownership flat, which he believes is down to incorrectly installed windows.

Mr Innis lives in a wheelchair accessible flat on the third floor, and has also been disturbed by the loud clattering of rainfall on the roof, which he says is loud enough to stop him from sleeping.

He said: “I’m on nerve drugs and morphine after spinal injury, I use a wheelchair, so I bought this apartment as it was built for wheelchair access.

“I thought the morphine would kill me but it seems buying a Hyde New home will finish me off.

“I bought this apartment for £387,500, and it’s unsellable because of the damage. The National House Building Council have voided my insurance cover because of the window defects.

“It’s totally shocking and shameful, I’ve asked Hyde for my money back twice as I’ve been sold a apartment ‘not fit for purpose’ but heard nothing back.

“Hyde’s direction is to build its housing stock as quickly as possible, it makes profits, but quality is cut.

“Hyde has got the contract for building Brighton and Hove’s new social housing [under a joint venture with the city council to build 1,000 homes] which we believe will be a disaster for vulnerable/low income tenants.

“If they can treat me horribly then they will do the same to vulnerable tenants.” 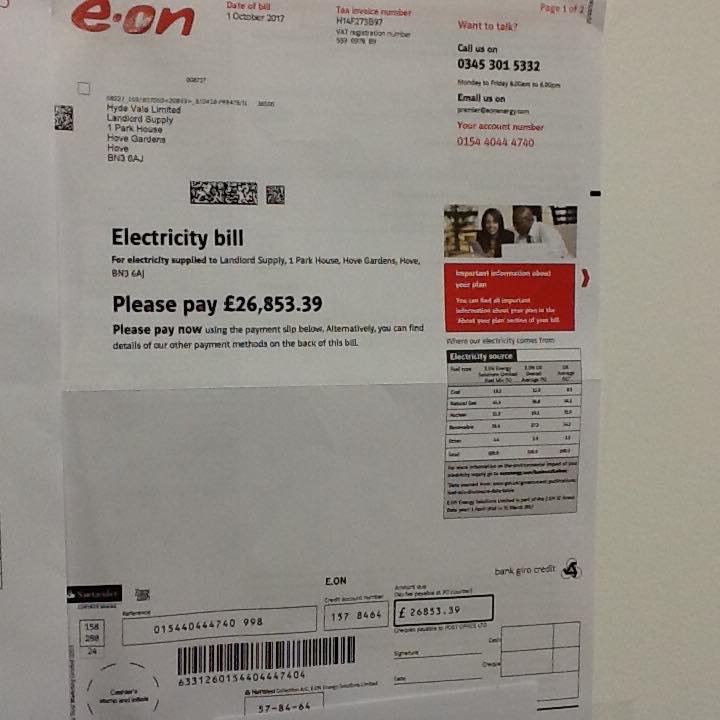 The £26k electricity bill which was sent to all 71 flats

A spokesman for Peter Kyle MP said: “It’s been an issue for a long time. Peter visited the affected flats and a group took him around the development to talk him through the problems.

“The issues have included electricity to communal areas, gas pressure, windows, design of roof, flooding, external lights, and the gardens.

“We have been liaising a lot with Hyde and applying maximum pressure on them to get a grip on the problems. They’ve been quicker to act on some than others.”

Resident Services Director for the Hyde Group Cheryl Brown said: “We are currently working with a specialist contractor to trace a leak to Mr Innis’ home and this will be repaired as soon as possible.

“We are sorry for the inconvenience this has caused him and are doing everything we can to resolve this problem.”