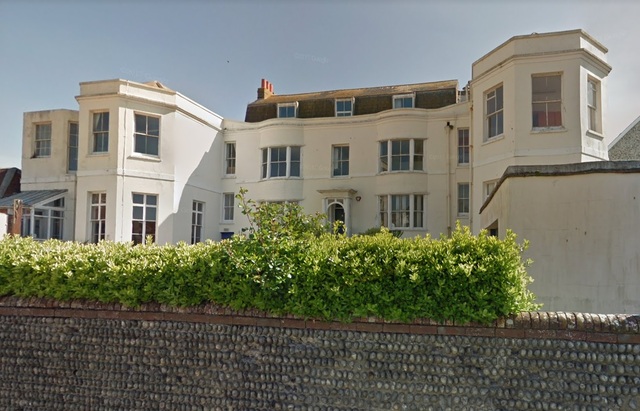 Hundreds of people are against plans for 93 new homes on a former school site in Rottingdean.

Plans to redevelop the former St Aubyns School site in High Street, include new buildings for 81 homes and converting the listed buildings on site for the rest.

So far villagers have sent 415 letters of objection to Brighton and Hove City Council ahead of the Planning Committee meeting next Wednesday (10 October).

The development consists of: 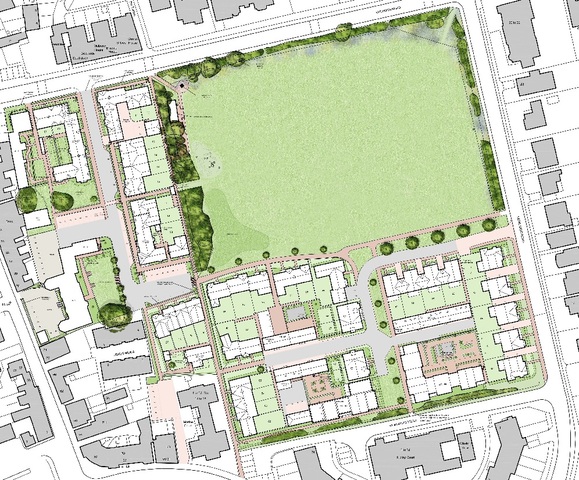 Opponents are concerned about increased pollution as well as the loss of almost half the former school field.

One objector, Barrie Shearman, wrote: “Walking through the village, especially the High Street, is a grave risk each time in doing so due to the narrow paths and masses of traffic that already passes through.

“Some occasions even being gridlocked due to larger vehicles being unable to move due to traffic levels/problems we already experience.”

He added: “Please respect our village and what little green area we have left and allow our future generations to live in a clean, pollution-free, safe village.”

Elaine Tyler shared her concerns about increased traffic as well as the loss of green space.

She wrote: “We wish to retain the special village atmosphere of Rottingdean and while I recognise that something must be done with the existing buildings of St Aubyns and the school building, a large development on the very special green space in the village is nothing but a retrograde step.”

Another villager whose name was redacted from the council’s planning site said: “Having lived in the village for over 65 years I am most concerned that this ancient village is bring ruined by excessive traffic and unacceptable levels of traffic pollution, which is damaging the population’s health.

“The narrow roadways around the village are not built for this amount of traffic, particularly the huge commercial vehicles that come through the village.”

An anaylsis by the city council and Rottingdean Parish Council suggests that traffic queues will increase slightly but not significantly. 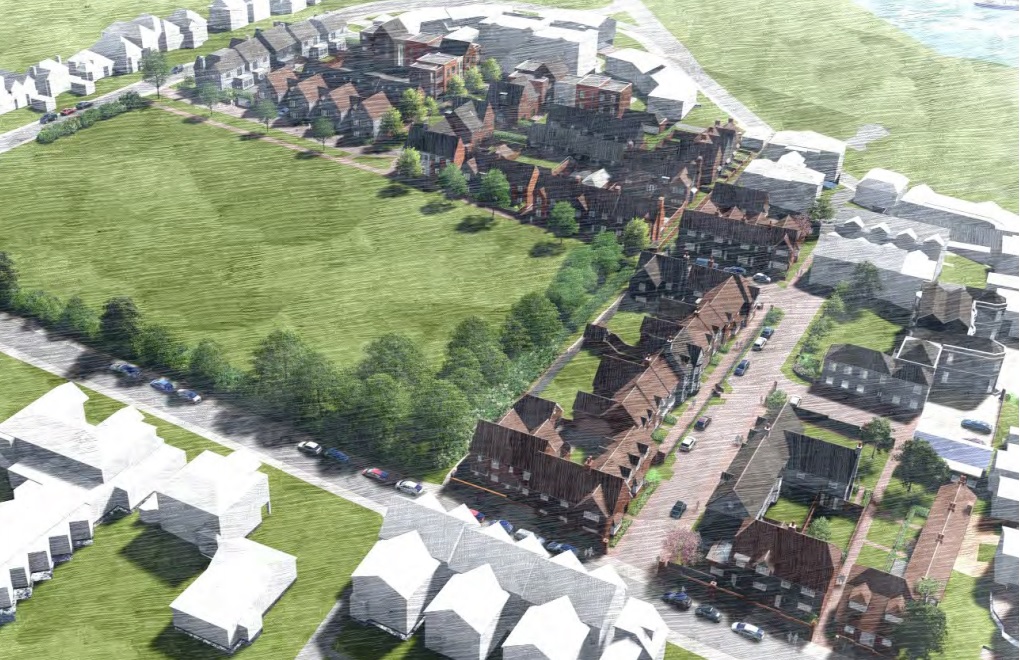 An artist’s impression of the St Aubyns development

All listed buildings and historic structures within the school walls will remain. This includes the war memorial, chapel, pavilion and the flint walls.

A separate listed building application is also before the planning committee next week and has more than 100 objections.

Among the parish council’s concerns were that 93 extra homes would be the equivalent to the last ten years of extra housing in the village.

However, the council welcomed breathing new life into the empty listed school building.

But Rottingdean Coastal ward councillor Mary Mears, Conservative, also raised the issue of traffic and pollution. She has reserved her right to address the planning committee.

In a letter of objection she wrote: “This application with proposed development of 93 new homes in the centre of Rottingdean has the potential to totally change the character of this historic village.

“I’m pleased to see development on the brownfield site, as the school’s frontage sits on the High Street and is now in a very dilapidated state and is subject to constant vandalism.”

Should the application go ahead, 37 per cent or 40 per cent of the new homes would be classed as “affordable” housing, with 55 per cent for social or affordable rent and the other 45 per cent for shared ownership.

The developer would be asked for a contribution of £102,000 to go towards sustainable transport.

This would include new dropped kerbs, improved pavements, a pedestrian crossing in Steyning Road and real-time passenger information signs for the High Steet bus stops.

The primary schools to benefit could include Our Lady of Lourdes, St Margaret’s, Saltdean Primary and Rudyard Kipling.

A contrinution of almost £200,000 for the loss of the playing field would spent on pitch and car park improvements at Happy Valley.

The remaining school playing field would remain in public use “in perpetuity” with maintenance and management either by a management company or the parish council.

Officers are advising councillors to approve the plans.