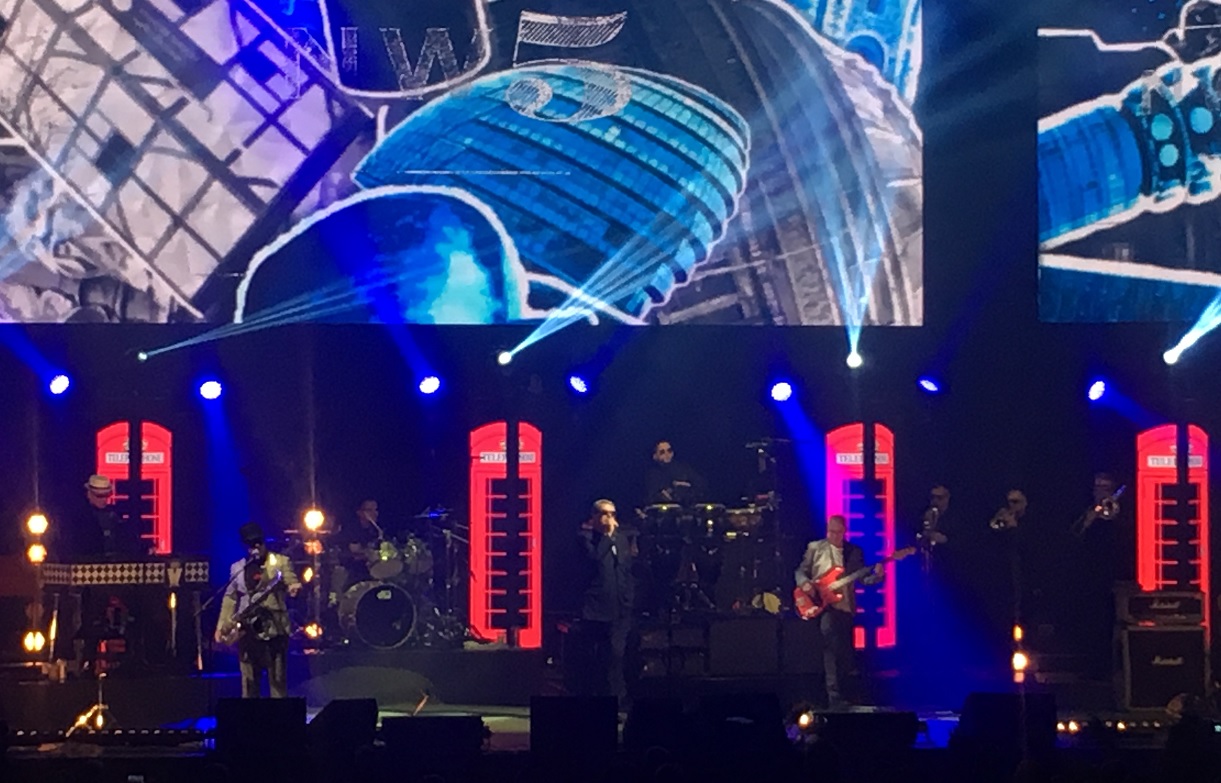 Three days before Christmas was surely the perfect time to schedule in a Madness show. The boisterous crowd tonight were well up for a BIG party – and that is exactly what we got as Madness completed the final night of their 13 date ‘Sound of Madness’ arena tour. The audience sported a colourful proliferation of Santa outfits, red Fez’s and hats with twinkly lights which filled the auditorium with colour. 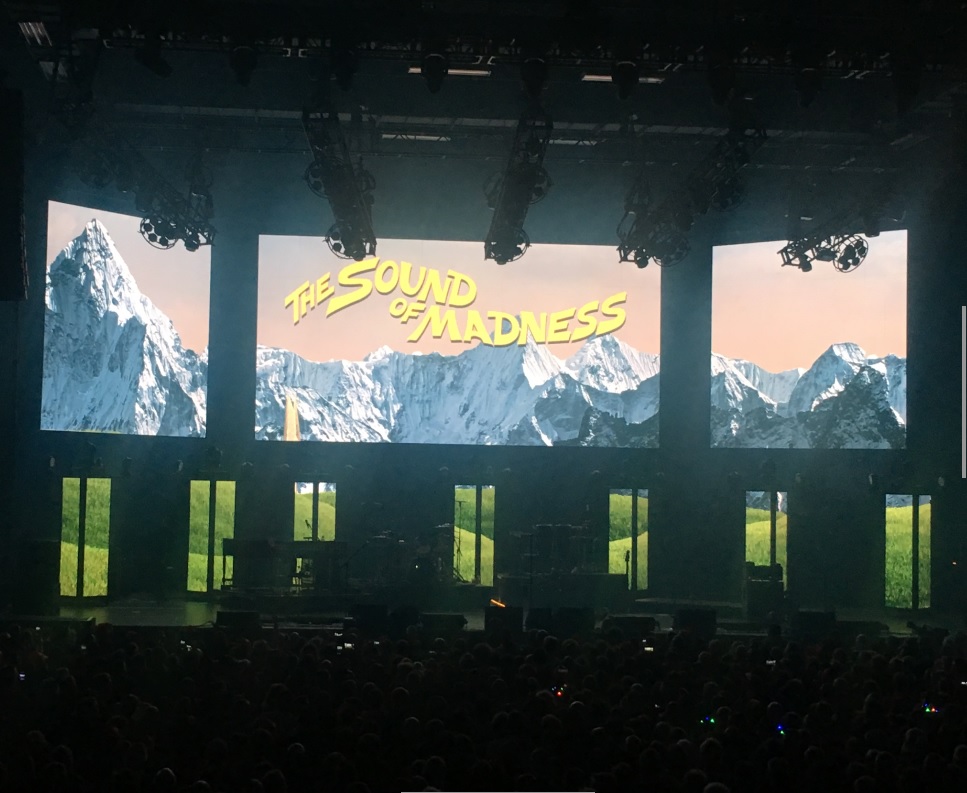 Start of ‘The Sound Of Madness’ Show

Madness are one of the top 20 selling UK groups of all time, with seven top 10 albums, 22 top 20 hits and over six million album sales to their name. 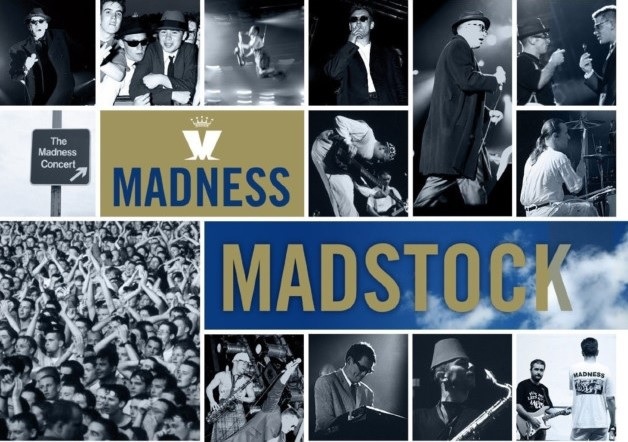 I first witnessed them playing live on a hot, sultry night on the 8th August 1992 where they headlined two nights in Finsbury Park for their ‘Madstock’ comeback gigs, infamous for Morrissey storming off stage when someone hurled a bottle of urine at him. Here I was a mere 26 short years later seeing Madness live for only the second time and what we got here was more polished, slick performance which befits a band who are almost at the end of their fourth decade with no signs of slowing down or losing any of their live magic.

Madness, The Specials and The Selecter on Brighton Beach just before the 2Tone Tour 19.10.79 + Tour Flyer

Madness clearly have an affinity with Brighton. Chas Smash now lives in the city and Suggs referenced one of their earliest shows in 1979 (19th October to be precise at the start of the legendary 2Tone Tour) when they were “spotty Herberts” supporting The Specials and The Selecter at the long-defunct Top Rank. Here we are a mere forty years later still enjoying their music. Madness tunes are timeless classics which pervade generations and appeal to young and older folk alike to which this evening’s audience demographic attested. 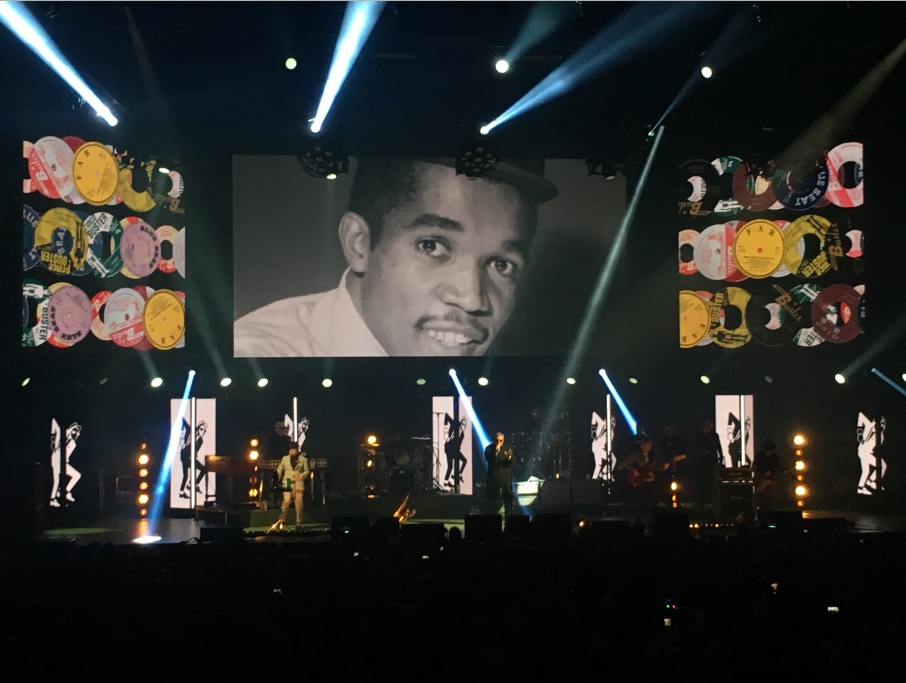 Tonight we were treated to a showcase of their impressive back catalogue against a backdrop of stunning video created specifically for this tour and some spectacular stage props which included a line of luminous red telephone boxes, old-fashioned oversized street lamps and glowing tardis-like police boxes. 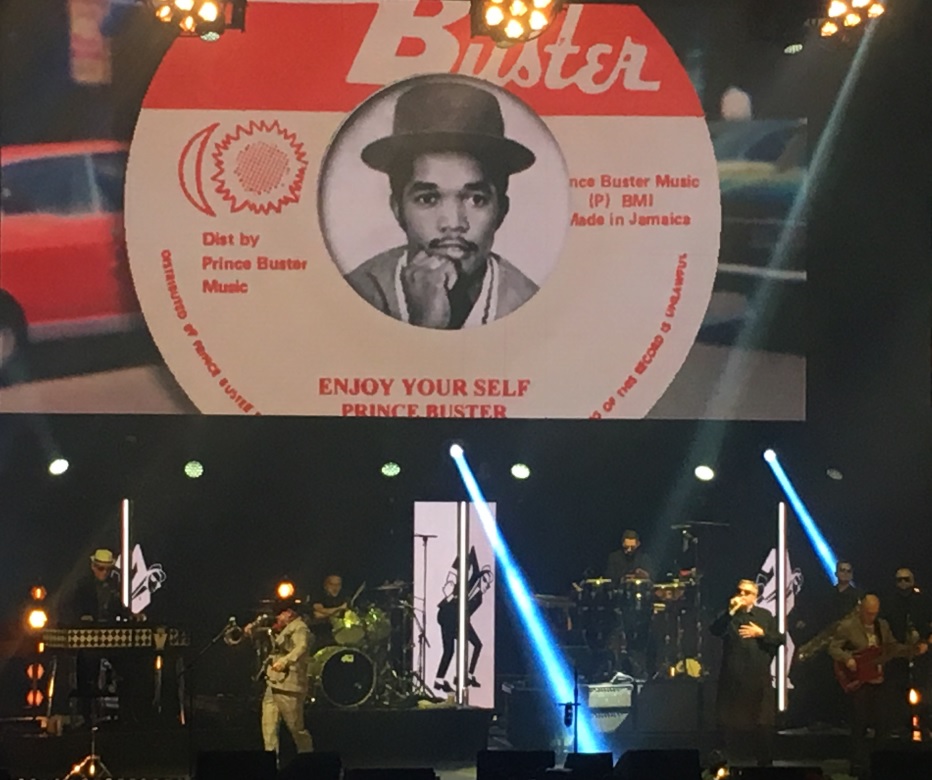 A vast yellow electronic curtain swept-back across the screens to reveal ‘The Sound of Madness’ replete with Sound of Music ‘esque alpine graphics before Suggs dressed in a long black trench coat, dark glasses and a black hat appeared on the stage with the rest of the band and opened proceedings with ‘One Step Beyond’ a sure party-starter if ever there was one. They then proceeded to power through hit-after-hit, with many of the favourites in there, ‘House of Fun’, ‘It Must be Love’, ‘Baggy Trousers’, ‘Our House’ and more. I was pleased to hear some of their early material like ‘Bed and Breakfast Man’ and delighted they played ‘The Prince’ my all-time favourite Madness track featuring a Lee Thompson sax virtuoso. 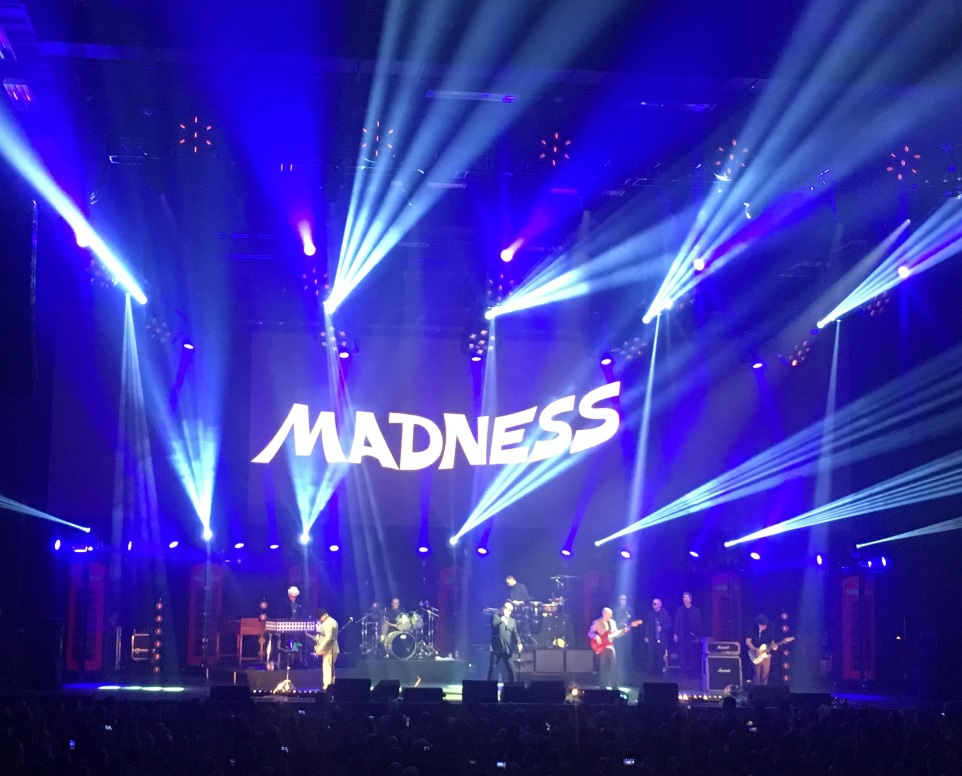 The seven piece Madness were backed by a three chaps playing trombone and trumpet and played for over an-hour-and-a-half. It’s testimony to their success that they could probably have added another hour and not run out of hits. Throughout the set, Sugg’s genial playful banter kept everyone entertained. 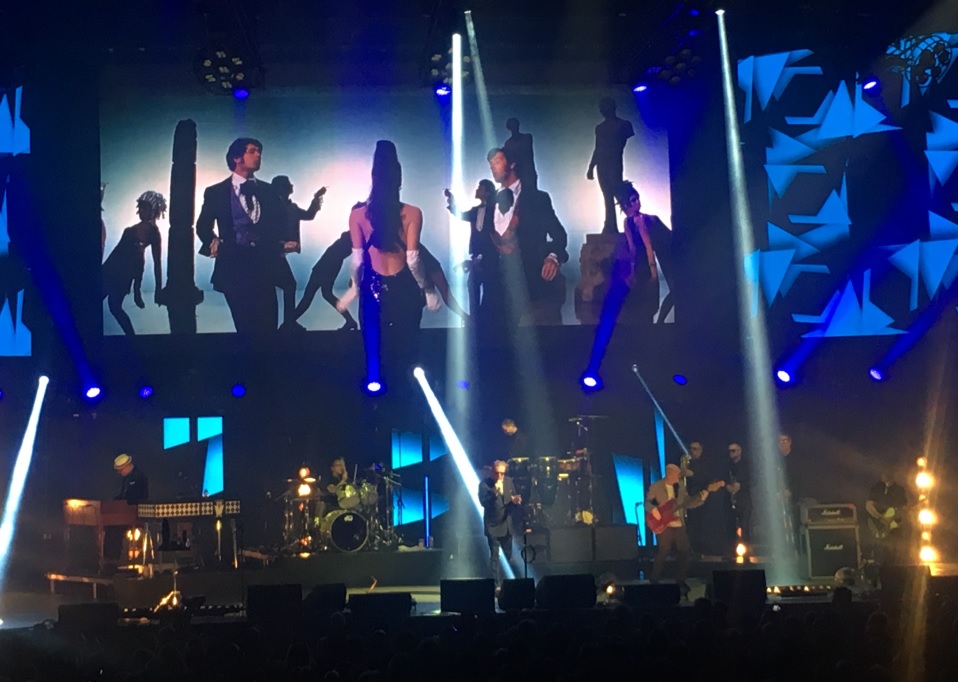 The two-track encore consisted of their hit cover of the late Price Buster’s song ‘Madness’ (after which the group are named, he also joined them on stage to perform it at ‘Madstock’) and a storming version of ‘Night Boat to Cairo’ which even had most of the seated audience on the balconies up and dancing. 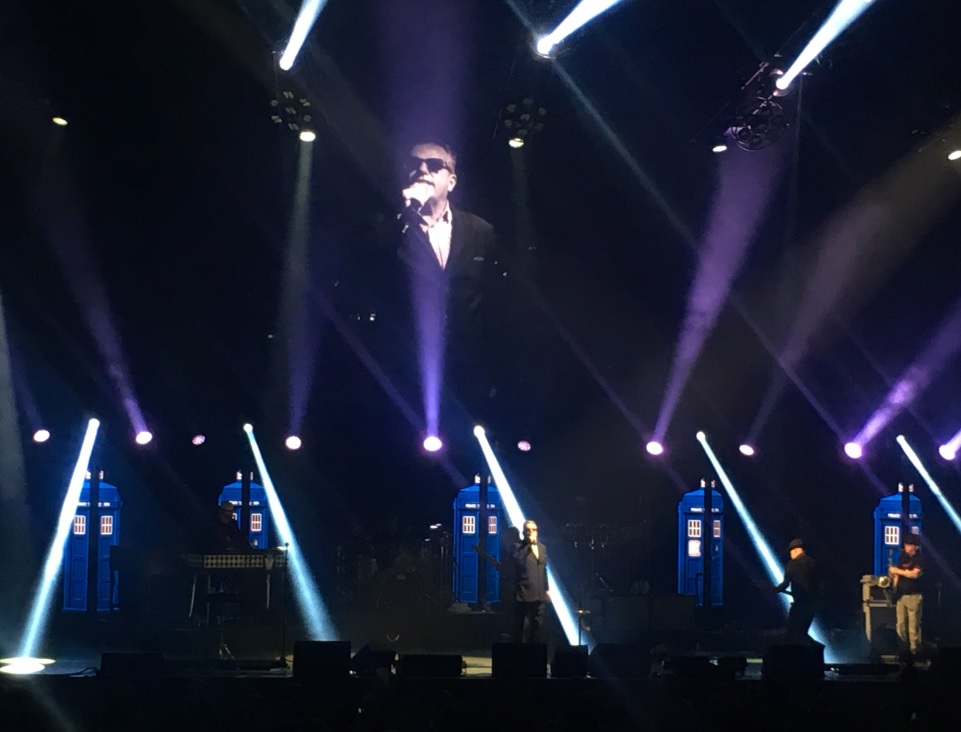 The buzz in the foyer and the queues at the merch stand afterwards told it’s own story – everyone had enjoyed a real Christmas cracker! 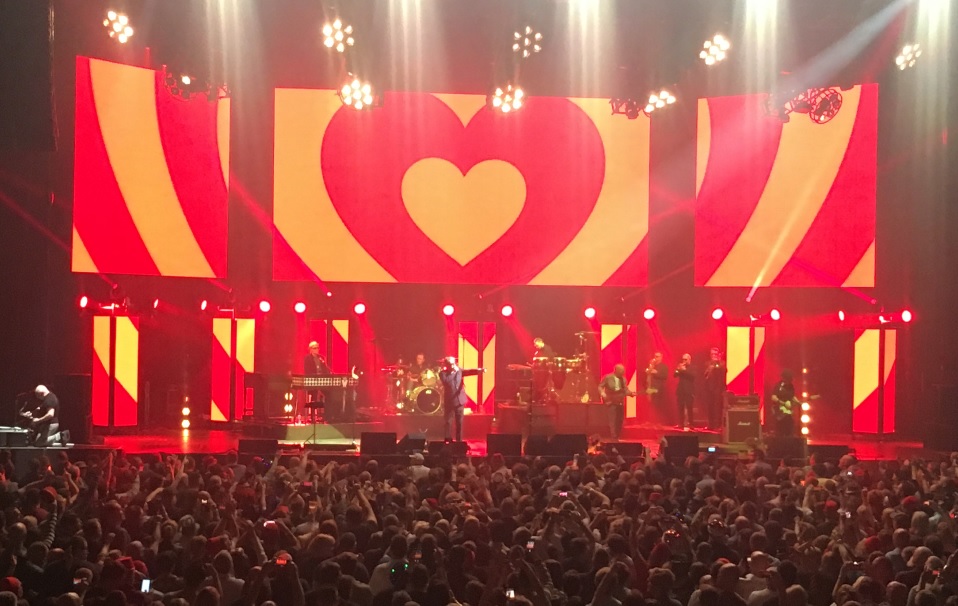 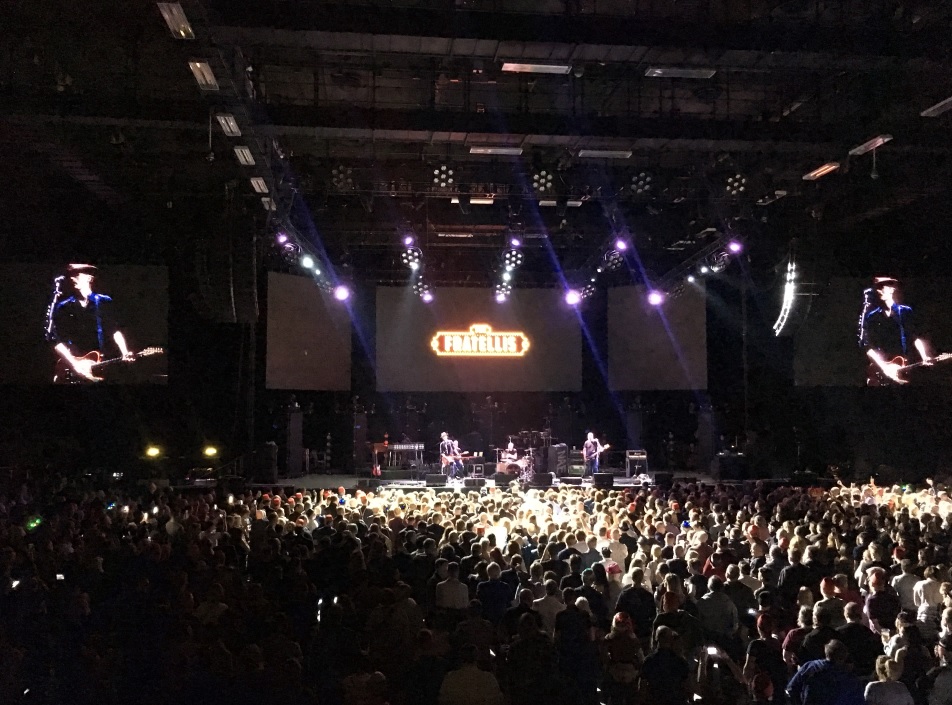 The Fratellis live at the Brighton Centre 22.12.18

Support came from Scottish band The Fratellis, lining up this evening as a four-piece. I hadn’t heard much of their recent stuff, their indie rock appears to have morphed into an Americana style, but the tunes were certainly pleasant enough. I particularly enjoyed their 2006 No.9 hit ‘Whistle For The Choir’. However, the tempo of their set took a serious upward shift for the last two songs, the anthemic smash ‘Chelsea Dagger’ really elevated the audience and instantly had everyone singing and dancing along followed by a high-tempo cover version of Dion’s 1961 ‘Runaround Sue’ – an excellent start to the night.

More on Madness HERE.
Further info on The Fratellis HERE. 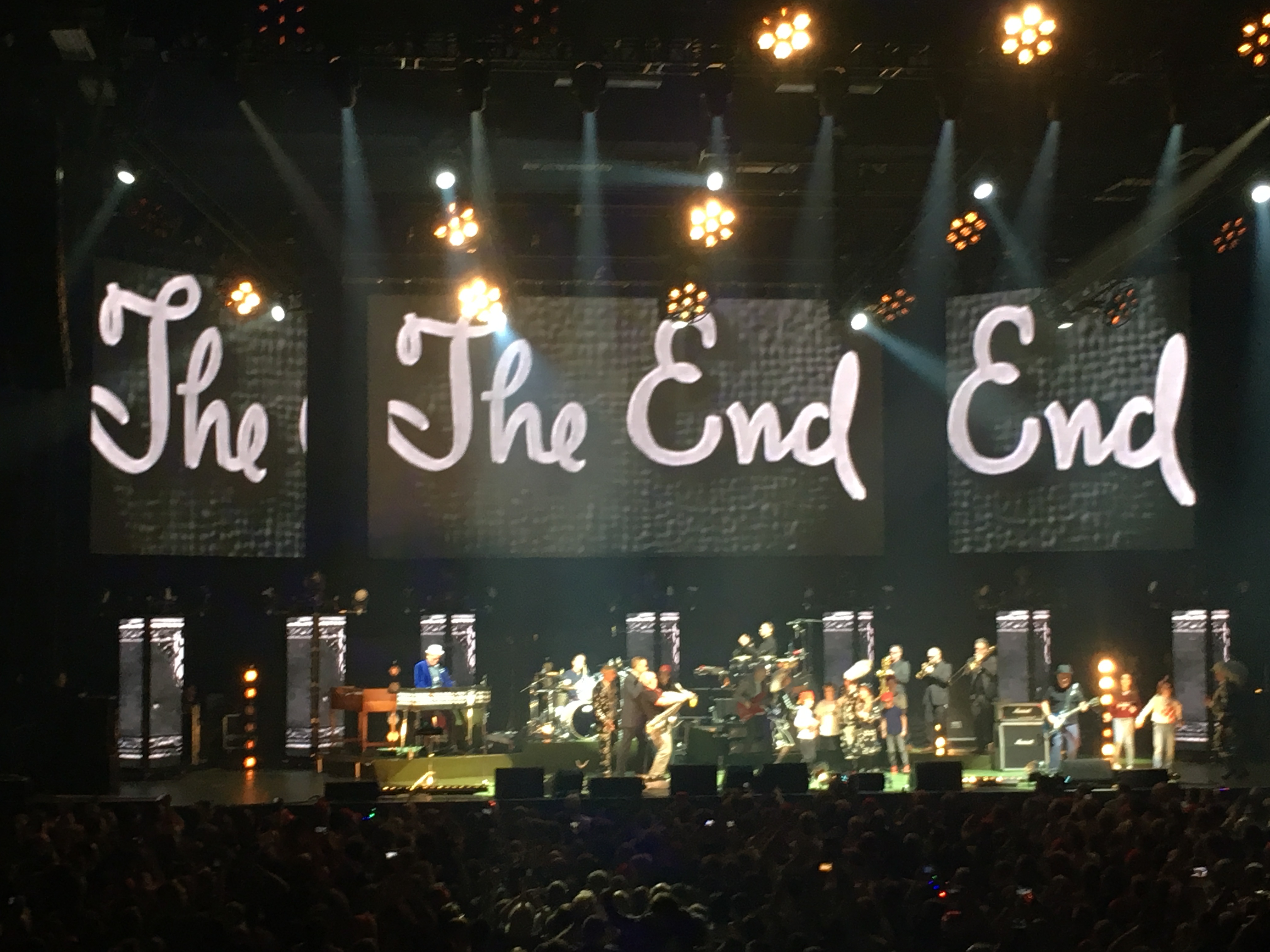 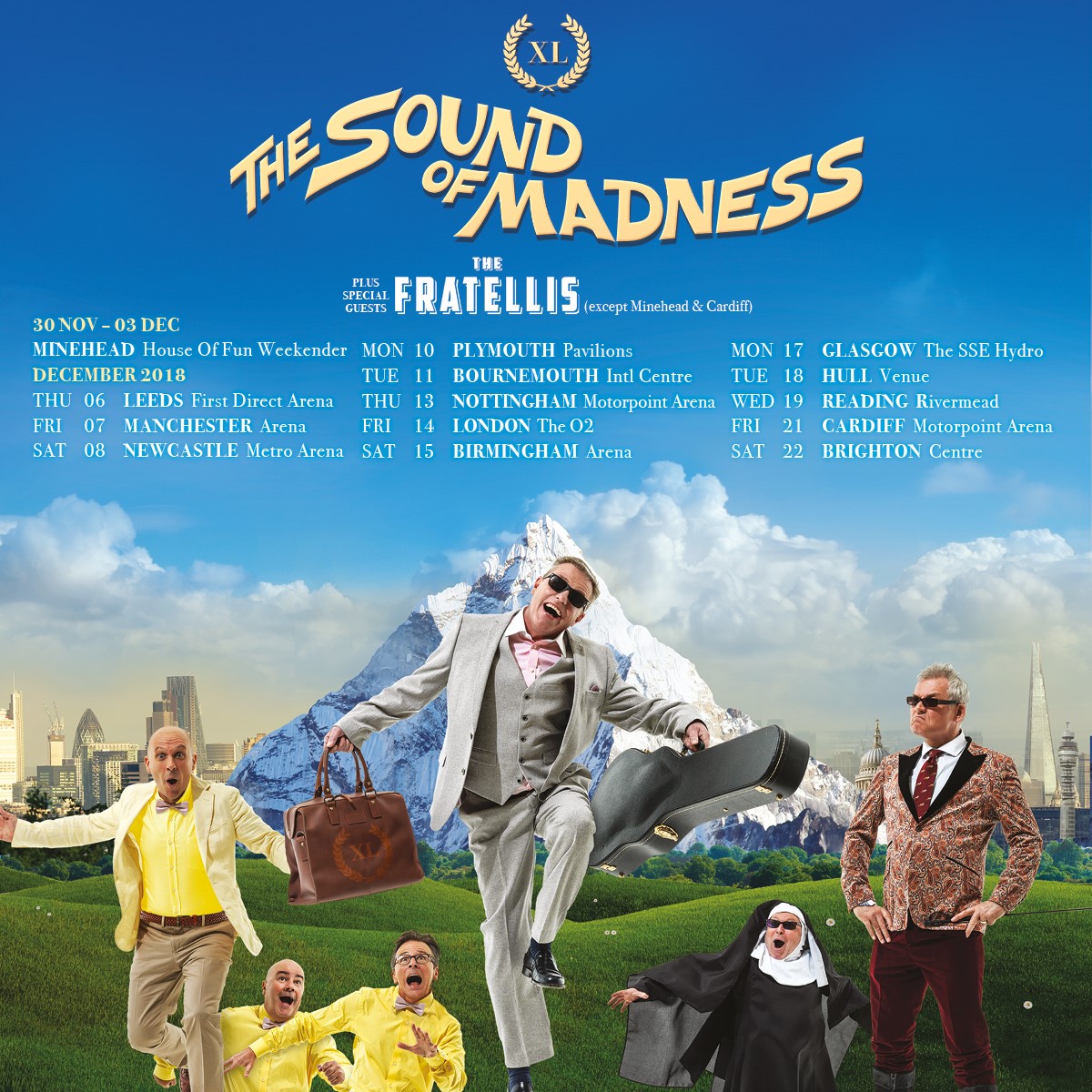 If you enjoy the sound of ska, then you can read our report on Bad Manners who appeared in Brighton on the following night. Read it HERE. 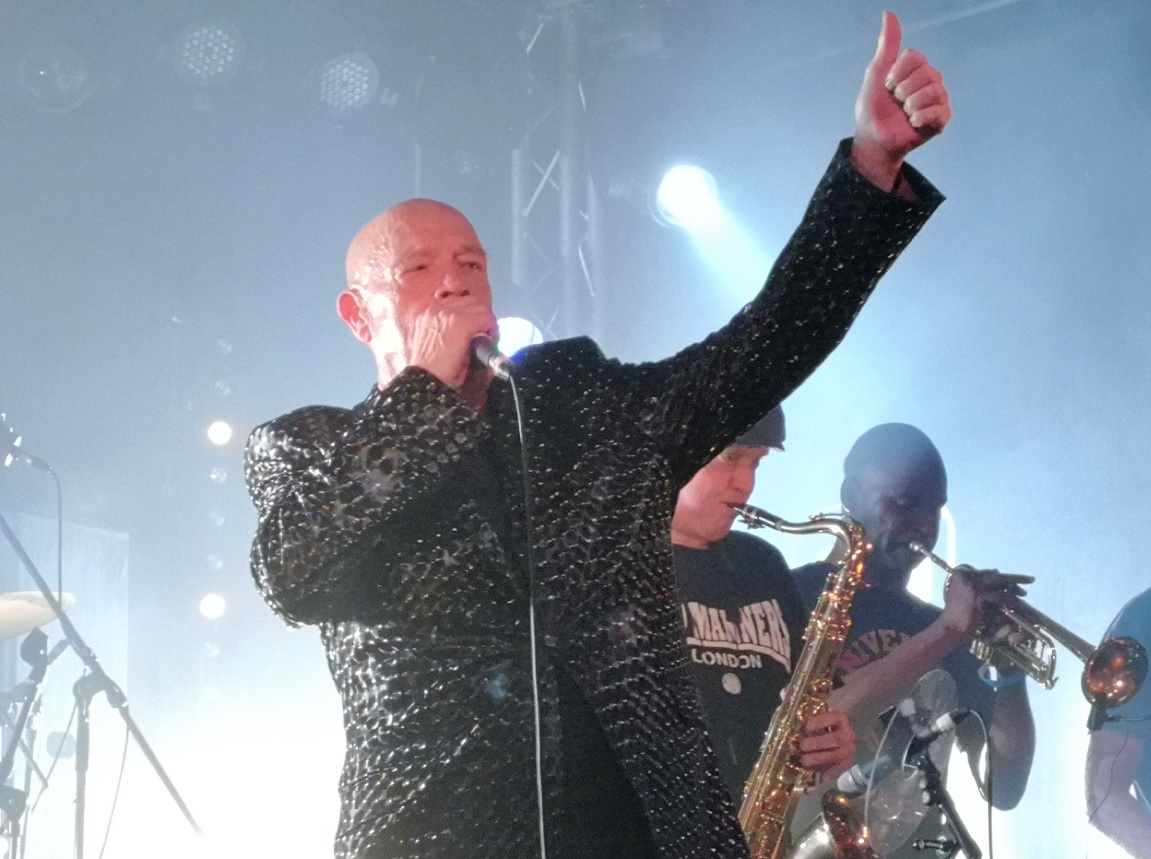