Body found in the water at Brighton Marina

A body has been found in the water at Brighton Marina, Sussex Police said late this afternoon (Saturday 23 February). 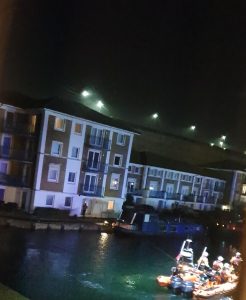 The find follows an overnight search after reports of a body in the water near Victory Mews.

Sussex Police said: “Police and coastguard teams searching Brighton Marina since the early hours have found a body in the water.

“Officers were notified at 12.45am that an object believed to be a body had been spotted near Victory Mews at the Marina.

“Emergency services responded and a search was commenced in the area.

“Police are awaiting a dive team to recover the body, believed to be that of a man.

“The public are being asked to avoid the area to allow the recovery to take place.

“Next of kin are yet to be informed.”

As well as police, the RNLI Brighton lifeboat crew helped with the search along with the coastguard and East Sussex Fire and Rescue Service. 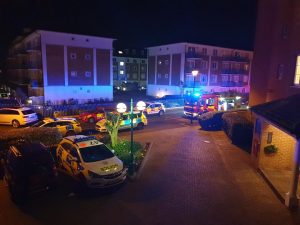 The South East Coast Ambulance Service was also at the scene.