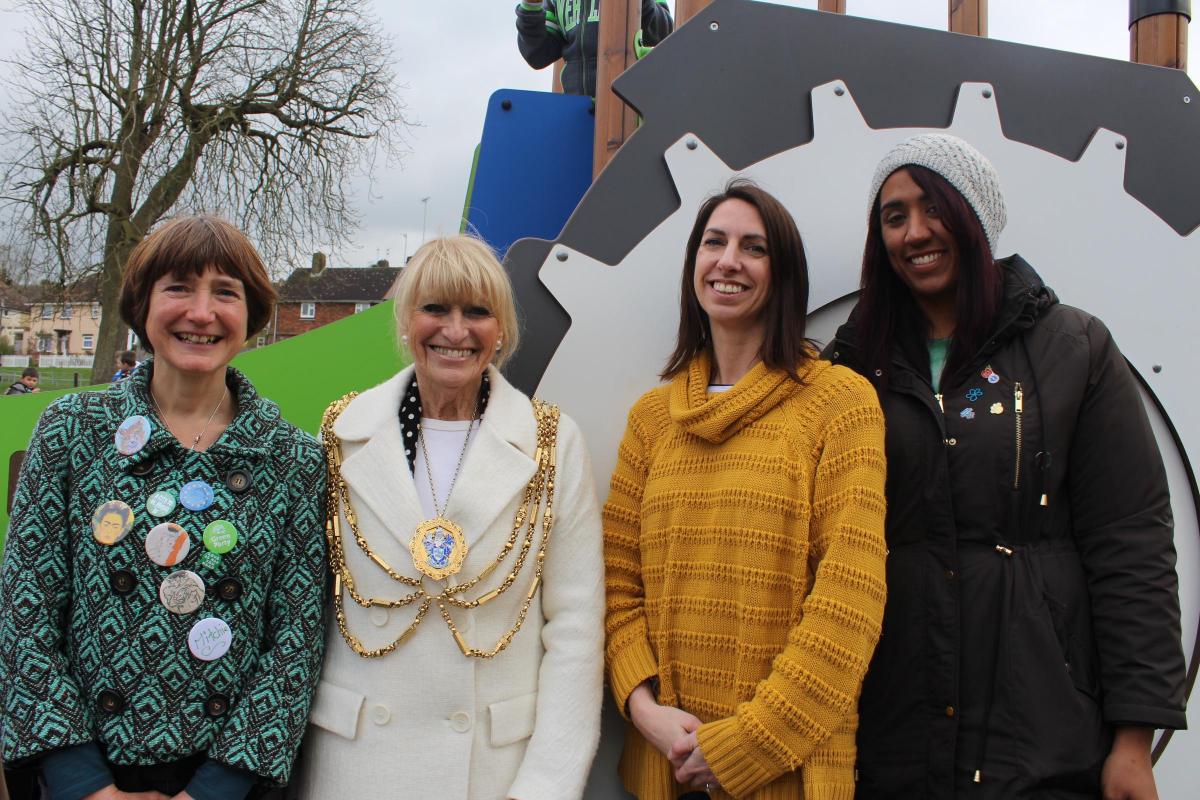 Bevendean families who spent months fundraising for a new playground saw their hard work pay off when it reopened last month.

Local mother Jayne Van Rensburg formed the Friends of Farm Green three years ago, when the Farm Green Park playground was missing swings, benches were broken and its roundabout no longer went round.

New swings were installed last summer when the council spent money on six parks across the city.

Meanwhile, the Friends continued fundraising – and a big grant from Veolia, which runs the city’s recycling depots, helped bring the total raised to £70,000.

The group’s Chair Mitchie Alexander said: “We are so proud that we have personally made this happen. The local children love their new playground. It’s amazing what we have achieved here.

“It’s amazing what can be accomplished with energy and a will to make life better for the local community.”

The park is being used over the Easter holidays for pop up fun events with skippiong ropes, hoops, bubbles, balls and free tea, cakes and juice. The next one takes place on Thursday from 2pm to 4pm.