Two held in Brighton after police seize skunk, cocaine and cash in raid

Two people were arrested in Brighton after drugs, including skunk, and a stash of cash were found during a raid this morning (Wednesday 17 April). 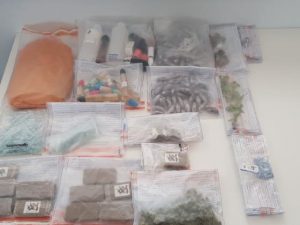 Sussex Police said: “Police seized drugs worth about £50,000, more than £80,000 cash and made two arrests during a raid at a flat in Brighton.

“Detectives from the city’s Community Investigation Team assisted by new police officer recruits from the dedicated tutor team carried out the warrant in King’s Road on Wednesday morning (17 April).

“They seized a significant quantity of class A and class B drugs including cannabis, cannabis skunk and suspected cocaine as well as a significant amount of cash.

“They are both currently in custody.”

Detective Inspector Dee Wells, from the Community Investigation Team, said: “This was a significant seizure of class A and class B drugs which have been taken off the city streets.

“We are continuing to work to make Brighton and Hove a hostile place to deal drugs.”