The only Labour candidate to be elected in the constituency that includes Brighton and Hove at the European elections has said sorry to supporters for the party’s “suicidal” campaign.

John Howarth, 60, who became Labour’s only MEP (Member of the European Parliament) for South East England two years ago, held his seat.

But as preparations were under way to count the votes on Sunday (26 May) he fired off a scathing email to say thank you and sorry.

Mr Howarth said: “Thank you … First let me, on behalf of all 10 of us on the South East England list for (the) European elections, say thank you for the hard work and support we received from Labour Party members across the region.

“Members do not have to work in elections. They are volunteers who do it because they believe it to be right. So thank you.

“Second, let me personally thank the other candidates on the list for their support, loyalty and enthusiasm in the face of very difficult circumstances.

“Your support was invaluable and you gave 100 per cent. I very much hope the experience will reward you in years to come.

“And sorry. Unfortunately both the other Labour candidates and party members deserved better in this election. They all deserve an apology.

“Had Labour’s ‘high command’ set out to lose an election they could not have gone about it in a more convincing way.

“These elections were there to be won, that victory was squandered and a key opportunity to stake a claim as the party of government in waiting was lost.

“Time after time Labour has approached elections to the European Parliament as an inconvenience and, in an approach symptomatic of the UK’s dysfunctional relationship with the EU, sought to fight on domestic issues – ‘vote Labour for the European Parliament to put more bobbies on the beat/save the NHS’ or some such implausible rot.

“This is nothing new. It happened under Tony Blair, Gordon Brown, Ed Miliband and now the current regime – in every case it was an insult to the intelligence of the voters and below-par results followed as night follows day.

“It is simply not possible to fight a different election to the election on the ballot paper.

“Labour’s NEC (National Executive Committee) had plenty of warning – from MEPs, from polling data, from evidence of the last general election and from the local election results only three weeks ago – of the likely consequences of adopting an equivocal policy on Brexit not based on seeking to remain in the EU.

“Nonetheless, come the NEC meeting to determine our election policy, what should have been a discussion about what were the best tactics to win an election became a skirmish in Labour’s internal war that ‘the leadership’ could not be seen to ‘lose’. 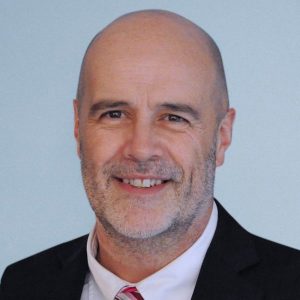 “From that point the die was cast. I and other Labour MEPs and MPs continued to receive right up to polling day messages from Labour members and supporters who intended to support other parties on (Thursday) 23 May.

“I received several hundred such messages – a lower proportion than many of my colleagues but alarming nonetheless.

“I attempted to reply to everyone with a reasoned argument as to why this was a mistake – some I talked round, others not. I also received messages from some supporting ‘leave’ – but very few.

“It isn’t that Labour’s message of ‘bringing the country together’ isn’t needed, simply that the country doesn’t seem ready to come together. Brexit is unfinished business.

“As such it was either phenomenally naive or utterly mendacious to put in place a policy that would knowingly lose votes in remarkable numbers.

“From there on the party machine sought to close down any deviation from the suicidal central message.

“In an unprecedented decision the general secretary was appointed agent for the entire country. At all other EU election since regional lists were introduced, regional directors have been agents. They managed the desire of CLPs (constituency Labour parties) to promote candidates and help win the elections. 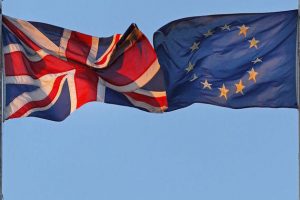 “The spending limits for these elections are huge, easily capable of accommodating local activity aimed at enhancing the campaign. This time spurious legal grounds were used to clamp down on local activity and even additional union assistance.

“The much derided nationally produced leaflets which carried no mention of a ‘confirmatory vote’ were presented to MEPs as a fait accomplice that was ‘already at print’. This turned out to be untrue but it shows how the campaign was run. The eventual product was no better.

“While it was frustrating to be fighting an election with hands and feet bound and with Labour staff in apparent opposition, it is not the fault of junior staff or middle managers. Responsibility lies elsewhere.

“Where from here? Labour has lost a great opportunity and, over the past year, a great many members.

“By failing to listen to its supporters in the country who are ever more heavily ‘remain’, to the overwhelming bulk of its members, to the majority of its MPs and MEPs, the party has brought on itself an electoral humiliation at a time when the Conservative party is woefully divided and manifestly incompetent in government. An open goal has been missed.

“Sadly for many local parties who had spent time and effort since the days of the coalition removing the Lib Dems from their towns, this campaign has allowed them back – not just into Conservative heartlands but to ours too, in particular to those ‘new’ heartlands that produced such great numbers of Labour votes in 2017.

“It is unclear how Labour will move on and recover from this position. As for a general election – I would say, not for the first time, be careful what you wish for.

“So once again I say thank you for the support I have received over the past two years. And apologies that you did not get the message or the campaign you deserved. It was not for the want of trying.”