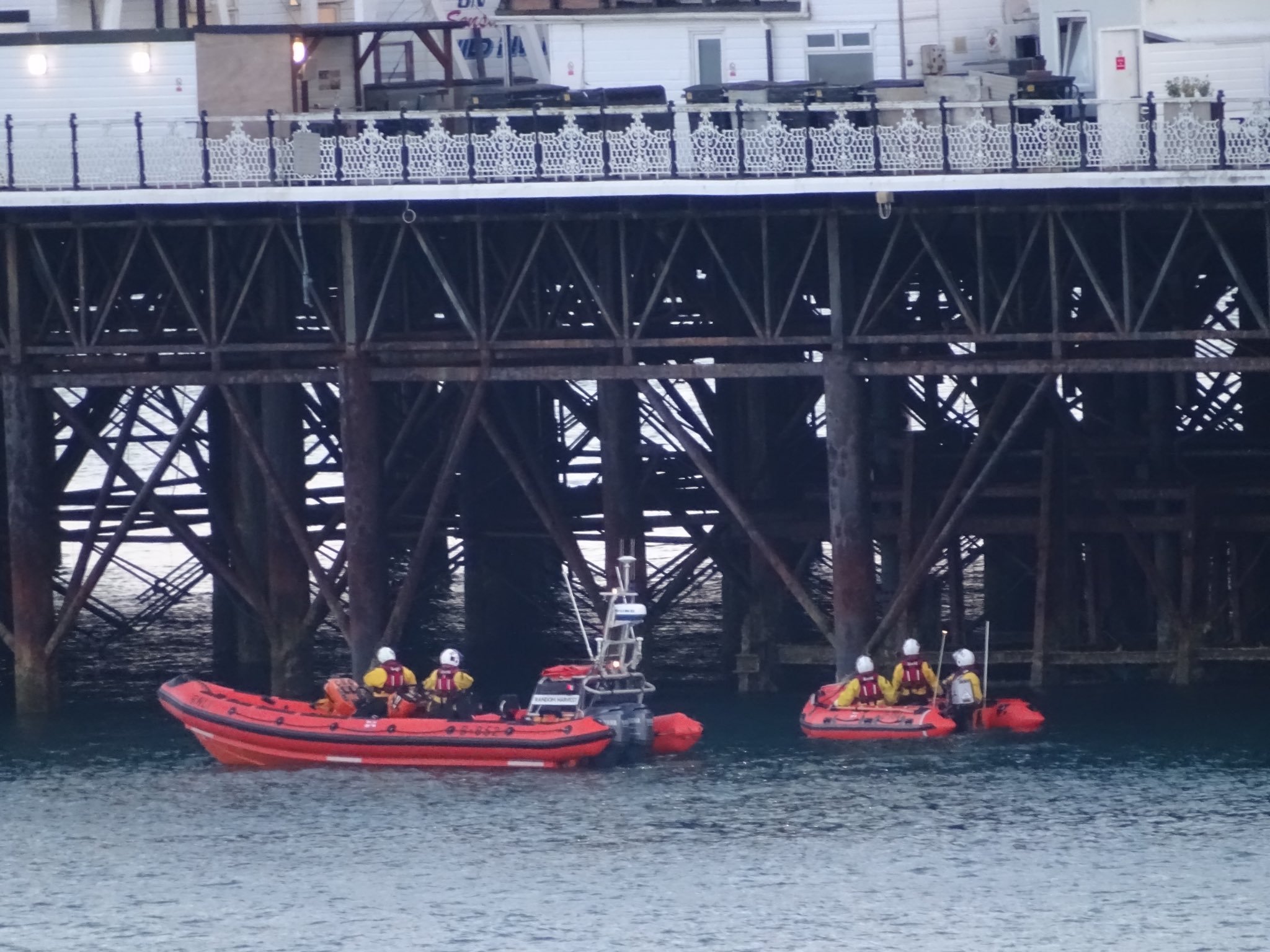 A naked man has been chased by police and security around Brighton’s Palace Pier this evening.

The man was snapped by passer by Ben Johnson shortly after 7pm.

Mr Johnson said he was then jumping from roof to roof trying to avoid security.

He said he had then hidden under the pier and turned off the water supply, posting this picture of security trying to get to him under the boardwalk.

The RNLI has also now been called out to the incident.