Possability People has been saved for now, but Crowdfunders are no way to fund vital services 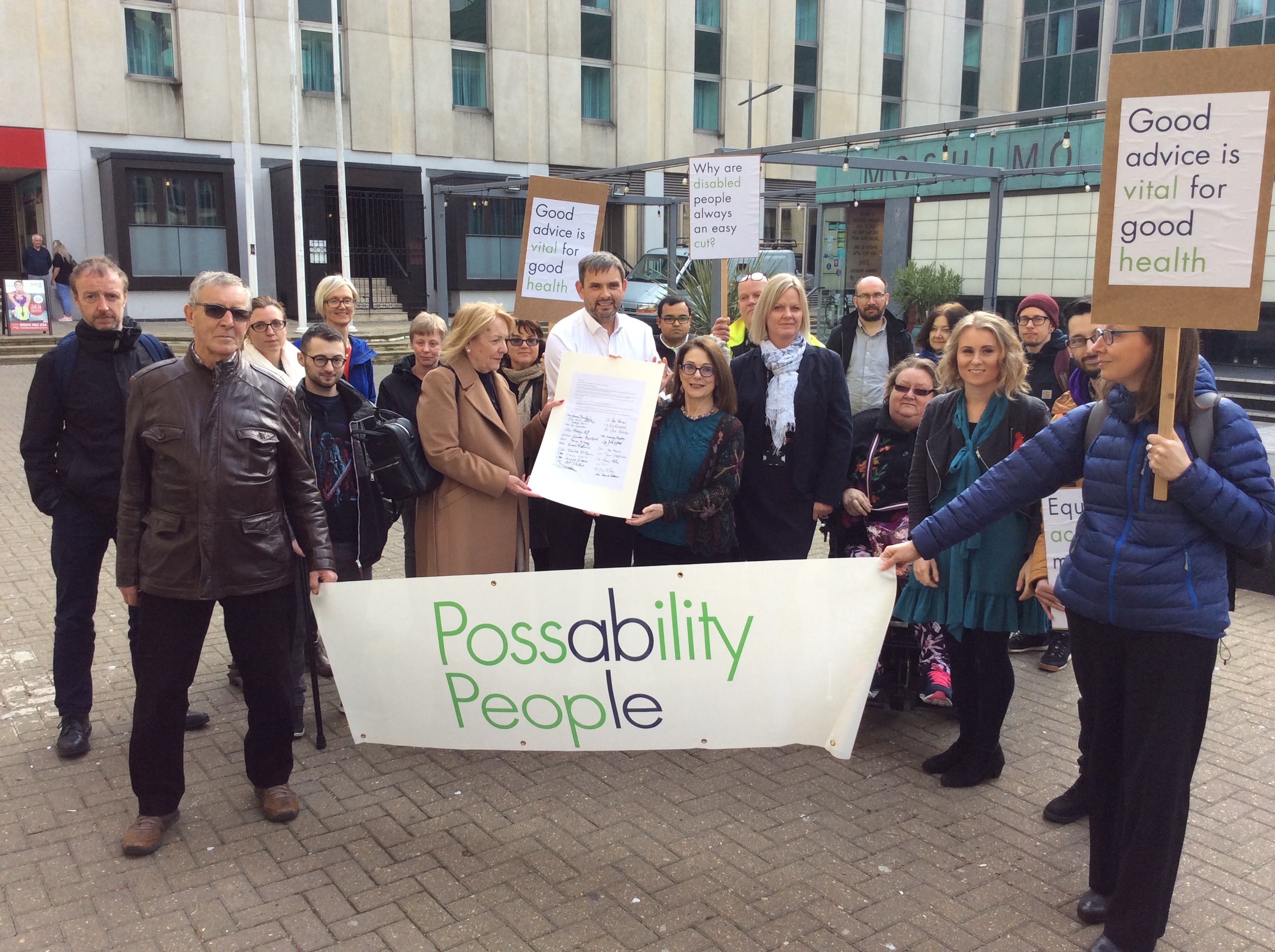 Charity, that is, sharing what you have with other people who need it, is an unadulterated good in a world in which many are in need. But, while charity is good and should be encouraged, it cannot be the way we run society.

Nobody’s wellbeing should depend on the good graces of another. This is precisely why we have laws against murder, with harsh punishments for non-compliance, instead of leaving it to everyone’s good sense. It is also why minimum wage and labour laws exist, instead of simply counting on bosses to do the right thing. Your boss may well be a good person, and may well have done the right thing regardless, but the wellbeing of workers should not depend on such a gamble.

Why then does a service which has been a lifeline for people with disabilities as well as other vulnerable people for 30 years, now have to depend on a Crowdfunder to keep their vital services going?

This, precisely, has been the fate of Possability People.

Possability People is a local disability advice centre which is the first port of call for thousands of vulnerable people yearly, who run into trouble with their benefits, bus passes, housing, food provisions and other equally life-and-death issues.

From helping people with learning disabilities who need help filling out complex forms, to helping people in wheelchairs having trouble finding the right sort of housing that suits their needs, the value of Possability People’s work cannot be exaggerated.

Compared to the service they were providing, Possability People ran on an incredibly small budget. They usually received £6,000 from the Brighton & Hove Council and £29,000 from the NHS Brighton and Hove Clinical Commissioning Group (CCG).

This past April, however, the NHS Brighton and Hove CCG withdrew the funding the service received from them. In one fell swoop, an indispensable service lost 85% of their funding.

Thankfully, a Crowdfunder and a grant from the Henry Smith Foundation has kept the service afloat for now. But this is no way to ensure that persons with disabilities are given all the support they need.

The use of crowdfunders for providing important services has grown immensely over the last few years. A 2016 report by the charity Nesta predicted that 43% more charities would use crowdfunders in their work in the year from June 2016.

A quick browse of the Crowdfunder website reveals efforts across Britain to bridge the funding gap created by austerity, from a crowdfunder by Barking & Dagenham Renew to help families affected by the recent De Pass Gardens blaze, to one created by the Penryn and Falmouth Welcome Refugee Families group to help recent refugees settle in well in the local community.

No doubt, people should continue to give to help each other. But charity is not a long-term fix to the issues people face, not least because so many people are known to fall through the gaping cracks in the charity sector.

There has to be a secure funding stream for services like Possability People. In the specific case of Possability People, there needs to be pressure on the NHS Brighton and Hove CCG to restore Possability People’s funding to where it was, and the council could be persuaded to find creative ways to increase its help to the group and others like it.

But in the long term, we need to campaign hard to stop all cuts whenever they are mooted and work as hard as we can to elect a government that does not need persuading to properly fund services for people with disabilities.

What we can learn standing side by side with our veterans