Labour is not to blame for looming bin strike 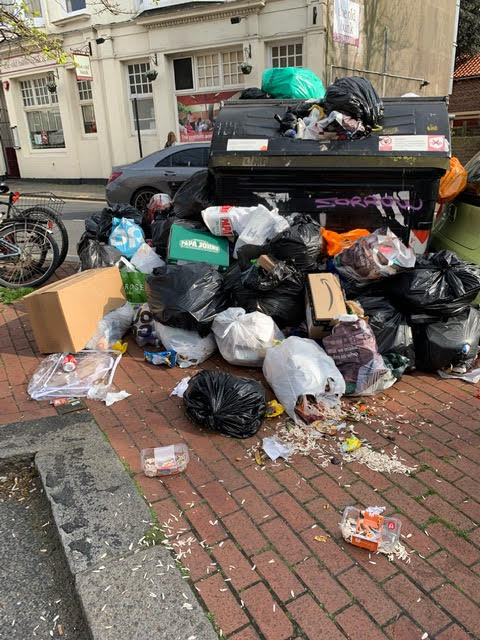 A disastrous bin strike is looming over Brighton and Hove, and for once, the fault does not lie with the politicians. The fault for the looming bin strike lies squarely and completely with senior council officers.

The union that represents the city’s bin and recycling workers, the GMB, has announced plans to down tools during the weekend of Pride (Aug 2 to the 5), following a ballot of members in which the union’s membership overwhelmingly voted in favour of strike action.

Here’s the background story. The dispute between the GMB and the council is around the council’s treatment of a union official, Dave Russell, who represented Cityclean workers at the Hollingdean depot.

The council restricted his access to workers at the depot, thereby disrupting an essential part of union organising. The council is also alleged to have carried out behaviour inconsistent with union recognition. GMB has demanded recourse and the reinstatement of Mr Russell’s access to the workplace.

GMB branch secretary, Mark Turner, said: “It has always been made very clear that although we could discuss all other issues to seek a consensus and way forward, GMB members’ red lines on the most serious issues were not on a pick-and-mix basis. They either agreed to all or none.

“Those red lines were that their rep must be returned to the depot and that the unfair persecution and anti-trade union behaviour he was subjected to cease, along with allowing GMB members their statutory right of access to the union representative of their choice at all times should they need to.”

It is not clear what the intentions or thoughts of the senior council officers involved in the negotiations with the GMB are. It is not clear if they are acting in the hope that they have a bit of room for manoeuvre as the blame for a bin strike would go to the politicians and not to themselves.

Furthermore, it is also not clear if they are banking on the closeness of the relationship between the GMB and the local Labour Party to force through a resolution in the council’s favour.

They may possibly be hoping either that the union may not want to hurt the Labour-led council’s standing with the public by going on strike, or that Labour councillors might put pressure on the GMB not to go on strike, in the fear that blame for the strike will be laid at the feet of the politicians.

Whether or not any of those possibilities actually reflect the intentions and thoughts of the senior council officers, one thing is abundantly clear: a bin strike would not be the politicians’ fault.

The 1989 Local Government and Housing Act, which created the role of the Head of the Paid Service (i.e. the Chief Executive), gave senior council officers expansive autonomy from the political leaders of councils (i.e., the councillors we elect). Among other areas, the Chief Executive has ultimate control over the day to day operational management of council employees, including bin workers.

If there is a strike, it is the fault of senior council officers, not the councillors. Brightonians should demand a full resolution to this disaster directly from them.

Memories of the bin strike of 2015 remain fresh in the minds of many residents. One writer described the scenes at the time as “Armageddon”. Scenes in which “a tide of used teabags, eggshells, soiled kitchen paper, banana skins, smelly tin cans, and used sanitary towels (yes!) advanced in such a determined and menacing manner down nice residential streets, you could almost hear it breathing,” to quote homegrown writer Lynne Truss.

Johnbosco Nwogbo is an activist involved with several social movements in the city and a PhD researcher in philosophy at Sussex University. He is a member of the Brighton and Hove Momentum steering committee.