Fewer than 13 out of 20 patients suspected of having cancer are being seen within the 62-day national target in Brighton and Hove.

Dozens of patients – 44 in one month alone – faced extended waiting times of nine weeks or more worrying about whether they were terminally ill before even initial tests were carried out.

Nationally, significantly more patients – more than 15 out of 20 – received an appointment with a specialist within 62 days after an urgent referral from their GP (general practitioner).

The national target for referral to treatment (RTT) times is for 17 out of 20 patients suspected of having cancer to be seen by a specialist promptly – within 62 days.

Brighton and Sussex University Hospitals (BSUH) – the NHS trust that runs the Royal Sussex County Hospital – missed seven out nine national targets for cancer treatment and diagnosis, according to the latest figures.

One of those targets was for patients suspected of having breast cancer. In the year to date, fewer than eight out ten had their first hospital outpatient appointment within the target of a fortnight. The national target is 93 per cent – more than nine out of ten.

Separately the BBC’s NHS Tracker said that just 71.1 per cent of patients had planned operations and care within 18 weeks of referral compared with a target of 92 per cent.

BSUH was the poorest performer out of 129 NHS trusts, with a national average of 86.7 per cent. The figure for next worst trust was 75.1 per cent.

The trust board heard that waiting times for accident and emergency (A&E) treatment improved but the figure was still below the national average and below the NHS target.

Often the reasons were beyond the control of A&E staff – such as more people turning up at A&E or too few beds being available so that patients could be admitted for treatment.

After the trust board discussed performance for cancer patients, A&E and waiting times, chief medical officer George Findlay told the BSUH board: “We need to treat more of our patients in a more timely fashion.”

BSUH chair Alan McCarthy said: “When people get in here, they tend to have a really good patient experience. It’s getting in here. Too many people wait too long.” 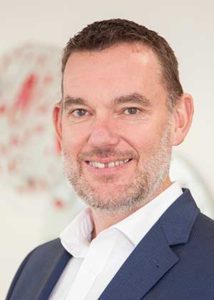 Part of the problem has been a rise in the number of patients being referred by their family doctor.

The board was told that plans were in place to try to improve performance but some of the problems were rooted in staff shortages, including in specialisms such as ultrasound scanning where the shortage of sonographers was a national problem.

A report to the board said: “Around 500 non-obstetric ultrasound scans are being outsourced to an external provider.”

Medical Imaging Partnership, which was based in Brighton until last year, is understood to be one of those partners.

The board report also said that some staff in supervisory roles were devoting more time to clinical work at the expense of their admin duties. And extra evening and weekend sessions were being held to try to see more patients who were waiting for a scan.

In addition, two fires in the past year – one in Brighton and one in Haywards Heath – have also affected the trust’s ability to carry out endoscopy tests. These involving using a camera to film inside a patient’s body.