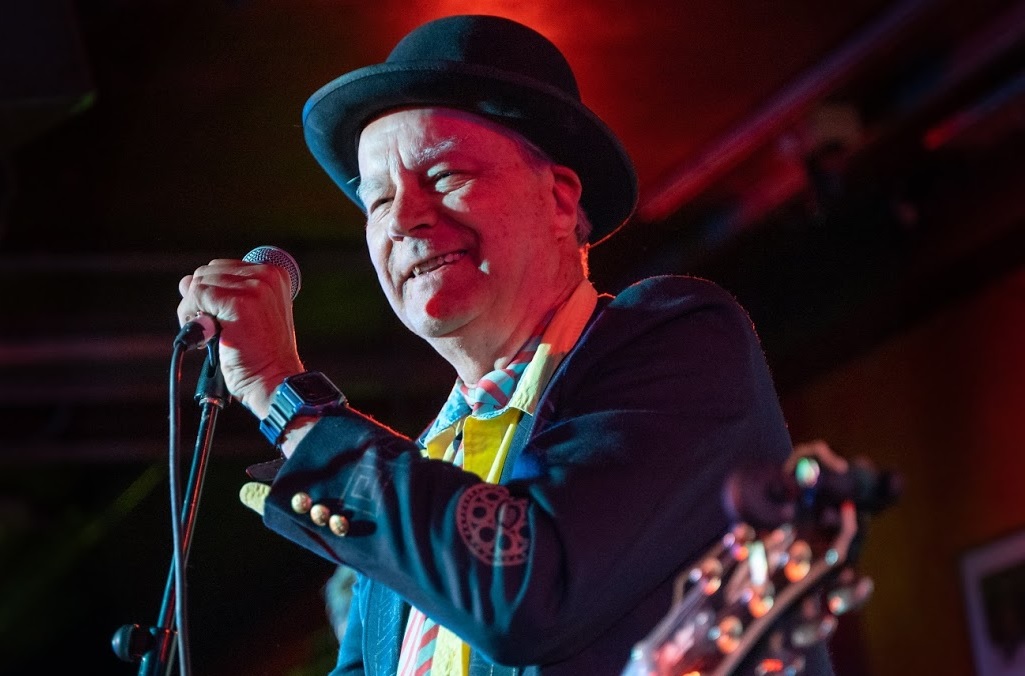 I certainly had to escape from Brighton for just one night in order to witness something rather special indeed. I got the train up to London and headed off to it’s shopping heartland in Oxford Street. After some deliberately brief retail therapy, it was time to wander down to No.100, which is just a doorway. I went through it and descended the 19 steps and I had arrived at the world famous 100 Club. The very establishment where in Sex Pistols had played five of their early concerts across the Spring and Summer of 1976….and I’m here tonight! 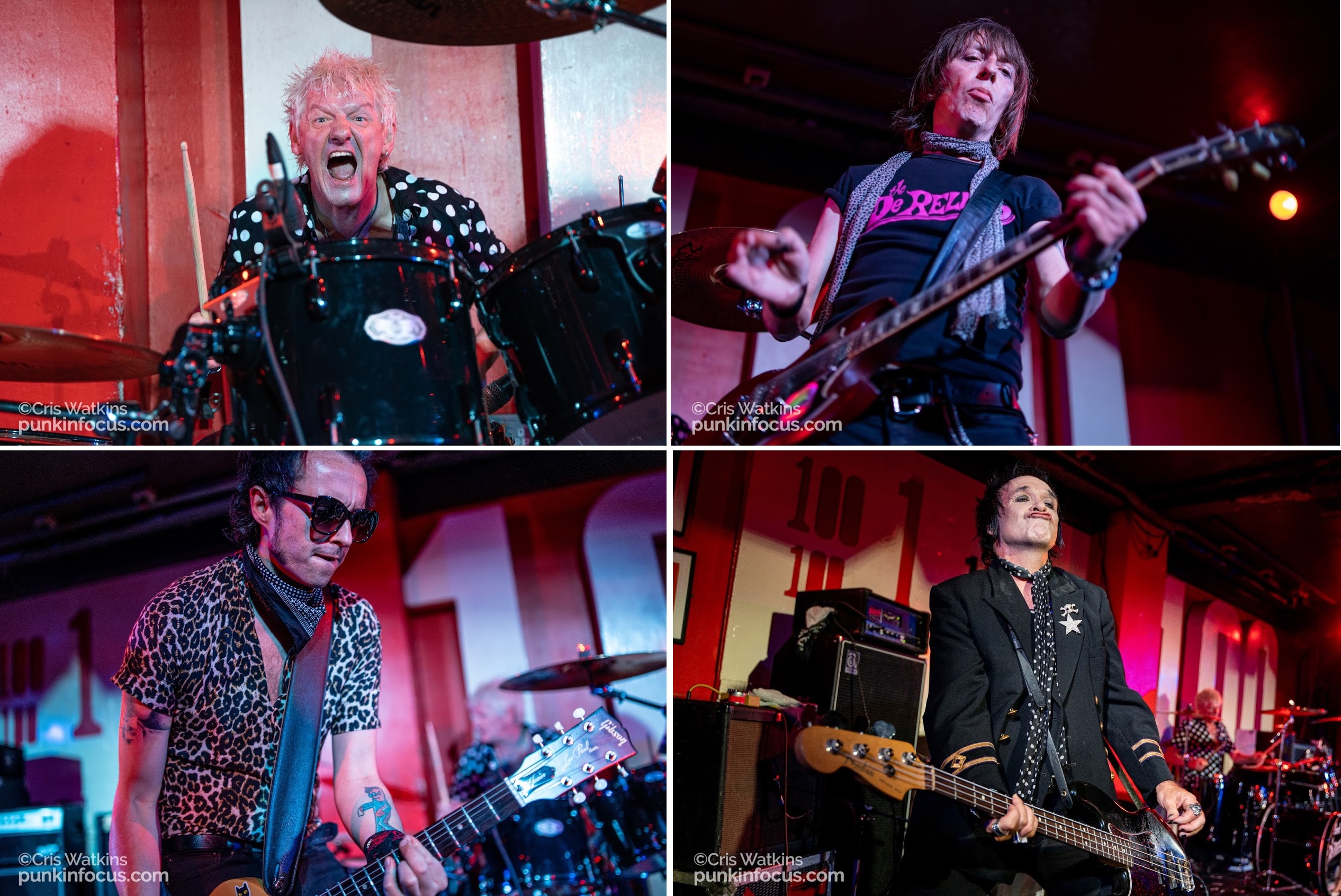 The evening kicks off with The Derellas who this past couple of years have come on like a steam train and tonight’s line up has been kicking ass all over the country. The band consists of Joey DeRella (vocals/rhythm guitar), Timmy DeRella (bass/backing vocals), Luca DeRella (lead guitar/backing vocals) and Billy Chaos (drums).

Fresh from their appearance at this month’s Rebellion Festival, they’re tight and locked on and the already pretty packed 100 Club crowd are coming along for the dirty rock’n’roll ride. The Derellas have more killer hooks than ‘Hellraiser’ and they’re always a tonne of fun and tonight’s no exception! They blaze through ‘Got Something To Say’, ‘Strung Out Sin City’ and the ballsy ‘She’s A Pistol’, but for me, it’s ‘Soho Hotel’, the shout-along ‘Freak Show’ that make my night. 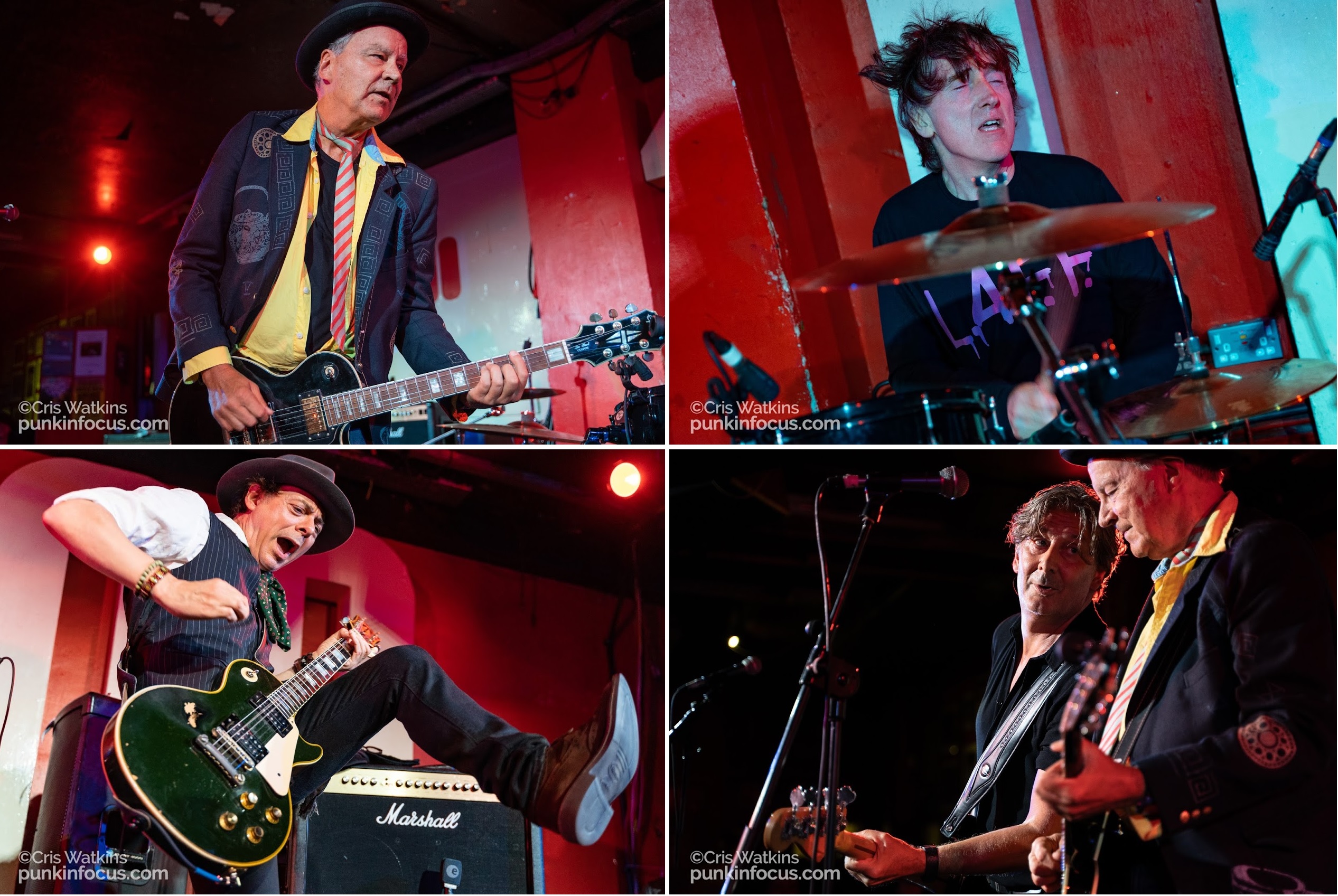 You can feel the anticipation in the air as the crowd awaits the arrival of Walter Lure’s L.A.M.F. with a line up featuring Walter Lure himself, the last surviving member of The Heartbreakers and whose one and only studio album is the focus of this tour. Joining on guitar is the legendary Mick Rossi (ex Slaughter And The Dogs), on drums is Mark Laff, formally of Generation X and Nigel Mead from the Duelists on bass.

As Lure appears on stage the anticipation changes to sheer delight and once those first bars of ‘One Track Mind’ ring out the energy in the room becomes electric. Lure looks pretty good considering the life he has led and Rossi he seems never to age, must be that LA weather!

We are then treated to a set of absolute classics and the only way it could have been outdone would have been if the late great Johnny Thunders was up there on stage too. Mick Rossi’s vocal delivery tonight is superb as we traverse through this iconic album plus a few more surprises along the way. ‘All By Myself’, a rip-roaring ‘I Wanna Be Loved’ then the Dogs ‘Situations’ later followed by the beautiful ‘Stranded’ taken from 2016’s ‘Vicious’ album, which shows how many SATD fans are in here tonight judging by the shouts from the crowd!

In between though we get a Waldo’s cover ‘Crazy Kids’ and Harlan Howards ‘Busted’. ‘Pirate Love’ is another crowd-pleaser with its up-tempo ending, with Rossi’s guitar absolutely singing, but it’s with ‘Born To Lose’ they hit another level, with the whole crowd singing along to every word. You’d think things can’t get better than this but they sure can with ‘Chinese Rocks’ the whole place goes wild and we are treated to a few guests on stage with Jez Miller (The Men That Will Not Be Blamed For Nothing) he’s been a staple of the L.A.M.F. band the past few tours, joining on guitar, Mark Reback (ex Slaughter and the Dogs) and the queen of punk herself Jordan Mooney join on vocals.

The set finishes on a high with the classic anthem ‘Too Much Junkie Business’, but then we are treated to an encore of two more standards The Velvet Undergrounds ‘I’m Waiting For My Man’ and the Contours classic ‘Do You Love Me?’.

Tonight has been a celebration, a celebration of one of the all-time classic punk albums and the fans themselves, with an absolutely packed house, there’s been no trouble, just a joyous feeling throughout this iconic venue, I’m now just dreading the imminent after-show comedown. 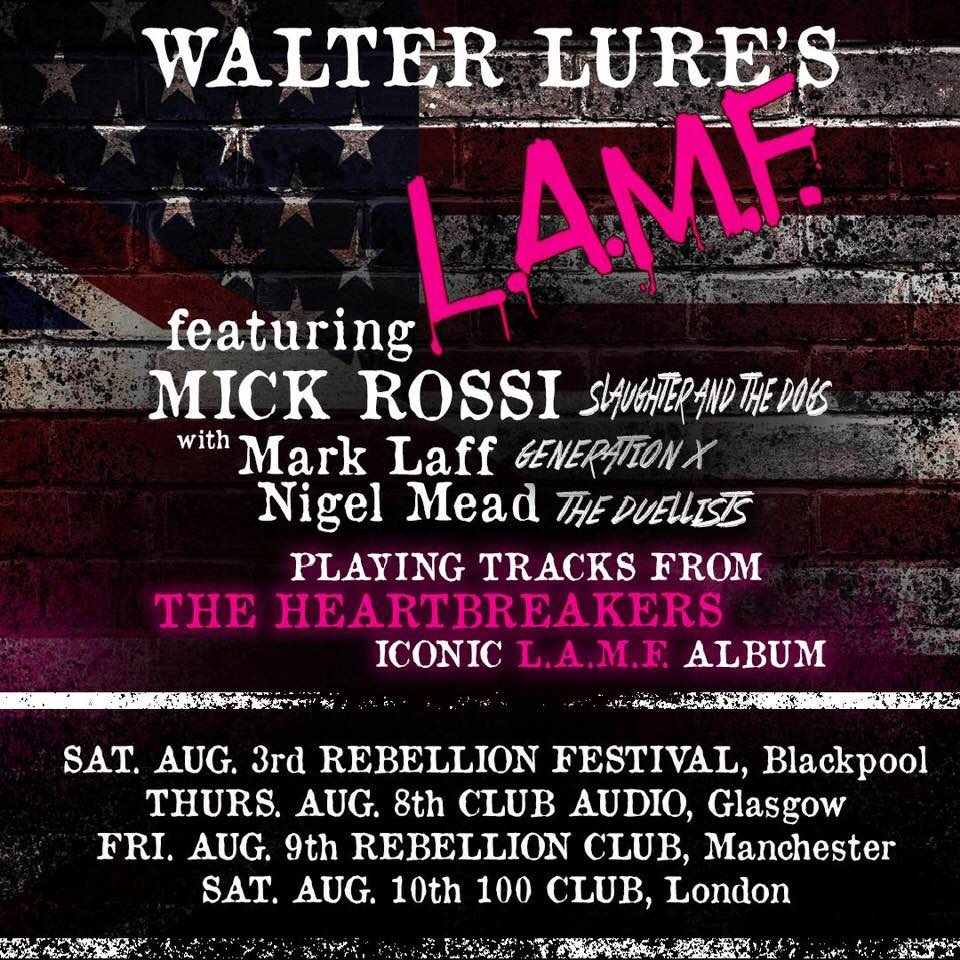 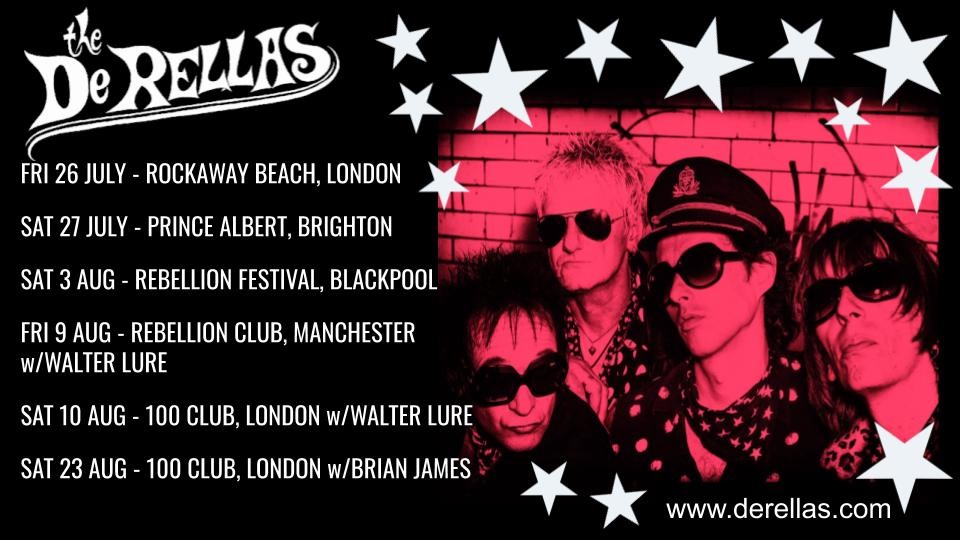