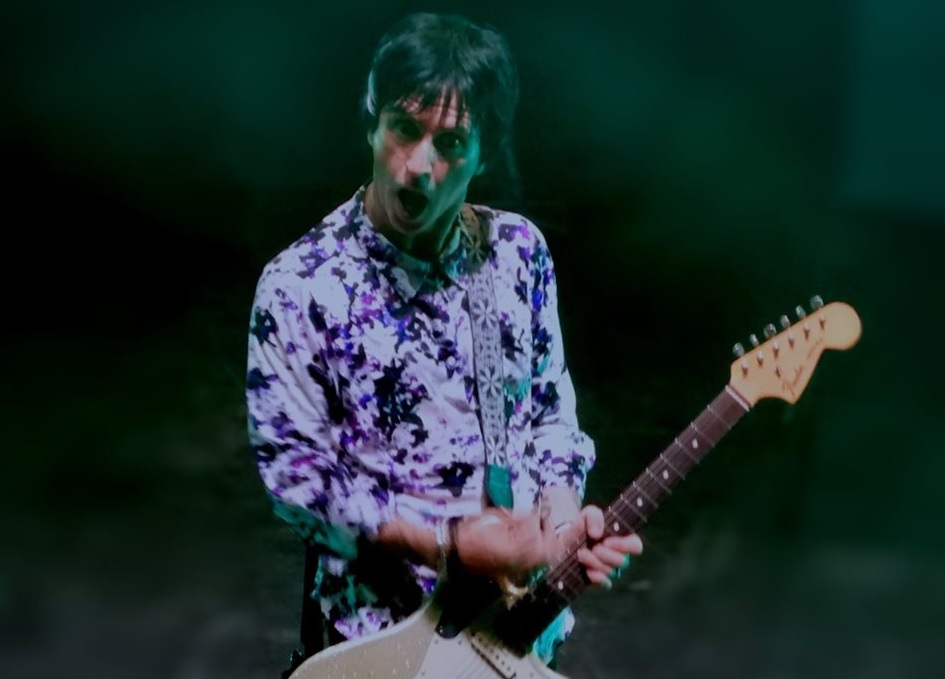 Tonight’s Johnny Marr show at the Royal Festival Hall is part of the Meltdown Festival which ran from 3rd to 11th August at the Southbank Centre and was curated by Nile Rogers of Chic fame (of whom more later).

To warm us up tonight we have the London based The Mystery Jets who formed in 2003 and are Blaine Harrison (vocals, keyboards, guitar), William Rees (guitar, vocals), Kapil Trivedi (drums), Henry Harrison (keyboards, guitar) and Jack Flanagan (bass). The half-hour slot that they have been allotted this evening is nowhere near long enough for a band with a back catalogue as rich as theirs. Also they have a new album entitled ‘A Billion Heartbeats’, which is coming out on 27th September, from which we get a preview by way of a song celebrating 71 years of the NHS. I’m looking forward to hearing more. This forthcoming release is available as a double vinyl album and a single CD. 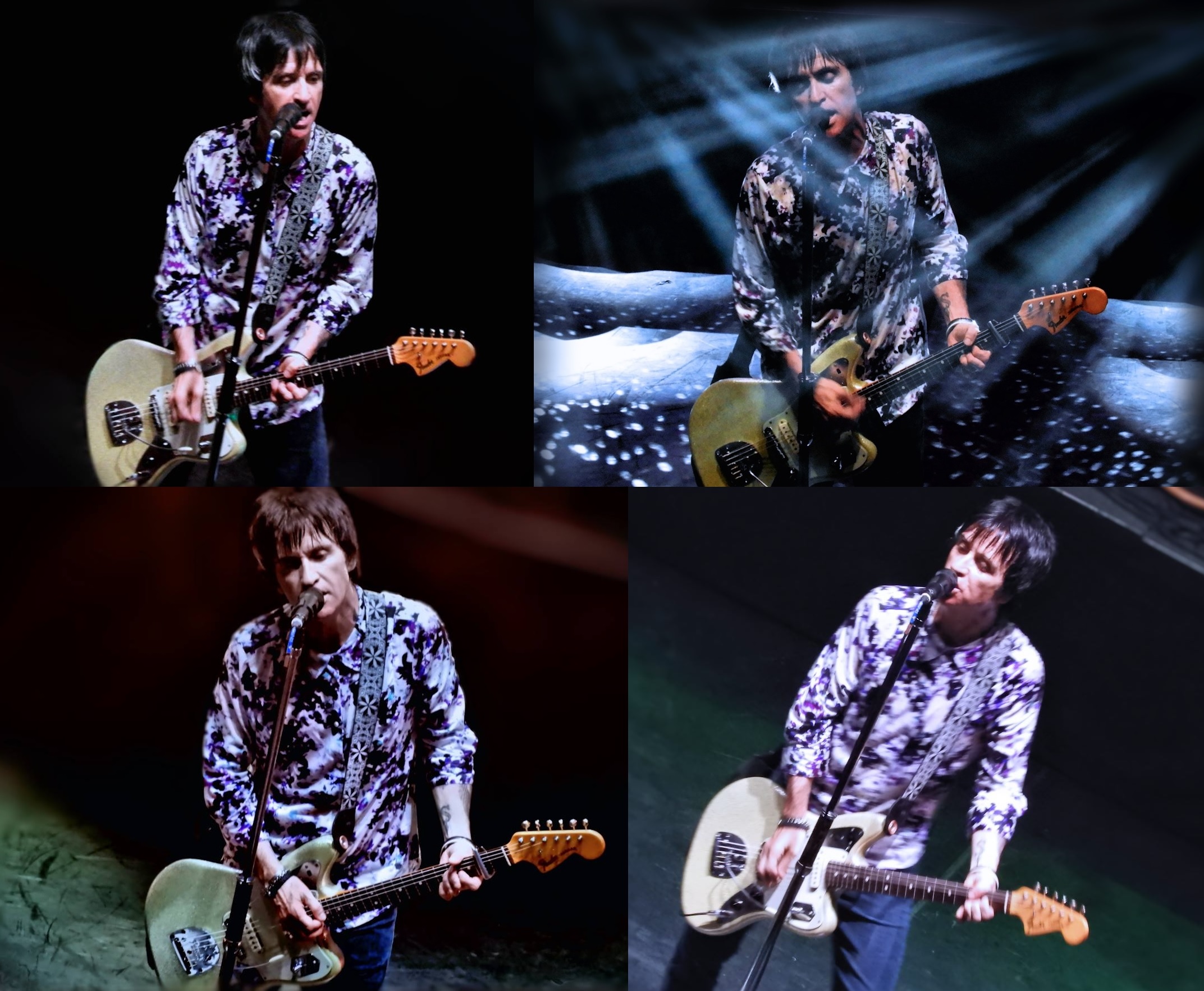 Johnny Marr: he’s a legend right? Not just for his work with The Smiths, but also with The The, Electronic, Modest Mouse, The Cribs, myriad sessions that he’s played on, and now his three superlative solo albums. One person who certainly thinks so is Nile Rogers, who gives one of the most heartfelt introductions that I’ve ever heard.

Before Johnny’s ego gets too big Rogers leaves the stage so that proceedings can begin. One thing that’s always struck me about Johnny Marr is how effortlessly cool he looks. This is something that age doesn’t seem to diminish. As if being a great guitarist isn’t enough, the man is also as cool as Keith Richards!!! It’s just not fair…..

Marr’s set kicks off with ‘The Tracers’ from his most recent album ‘Call The Comet’. Seven songs will be plucked from that particular album tonight, with only two of his solo songs coming from elsewhere. Second song in is a real crowd pleaser in the form of The Smiths’ ‘Bigmouth Strikes Again’ from ‘The Queen Is Dead’ album. Crowd-pleasing goes out of the window for recent single ‘Armatopia’, which may or may not be on Marr’s next album. This particular song seems to be largely propelled by syn-drums which doesn’t really seem to work. It feels underpowered somehow.

The songs from ‘Call The Comet’ work well as it’s a fine album, but the real joy bringers are the songs from earlier in Marr’s career. ‘You Just Haven’t Earned It Yet, Baby’ is something of a deep cut: an unreleased Smiths single from 1987, which was released on the (initially) US only compilation ‘Louder Than Bombs’ the same year.

Marr’s announcement that we’re “going to the disco, Manchester style” prefaces Electronic’s ‘Getting Away With It’ which is closely followed by ‘Get The Message’ – surely two of the best tracks that New Order never made! A little later Nile comes onstage to add his guitar to the mix, but it’s Johnny’s son, Nile Marr and not (as some possibly hoped) Nile Rogers. As Mr Rogers said earlier, Nile Marr is indeed a fine guitarist. In fact he and his band had supported Marr senior earlier in the summer. Nile adds his six string to The Smiths’ ‘Please Please Please Let Me Get What I Want’ (b-side of ‘William It Was Really Nothing’) and A Certain Ratio’s ‘Shack Up’. I was somewhat puzzled as to why this particular song was covered, but with some research I discovered that Marr remixed it some years ago. Fair enough I suppose. 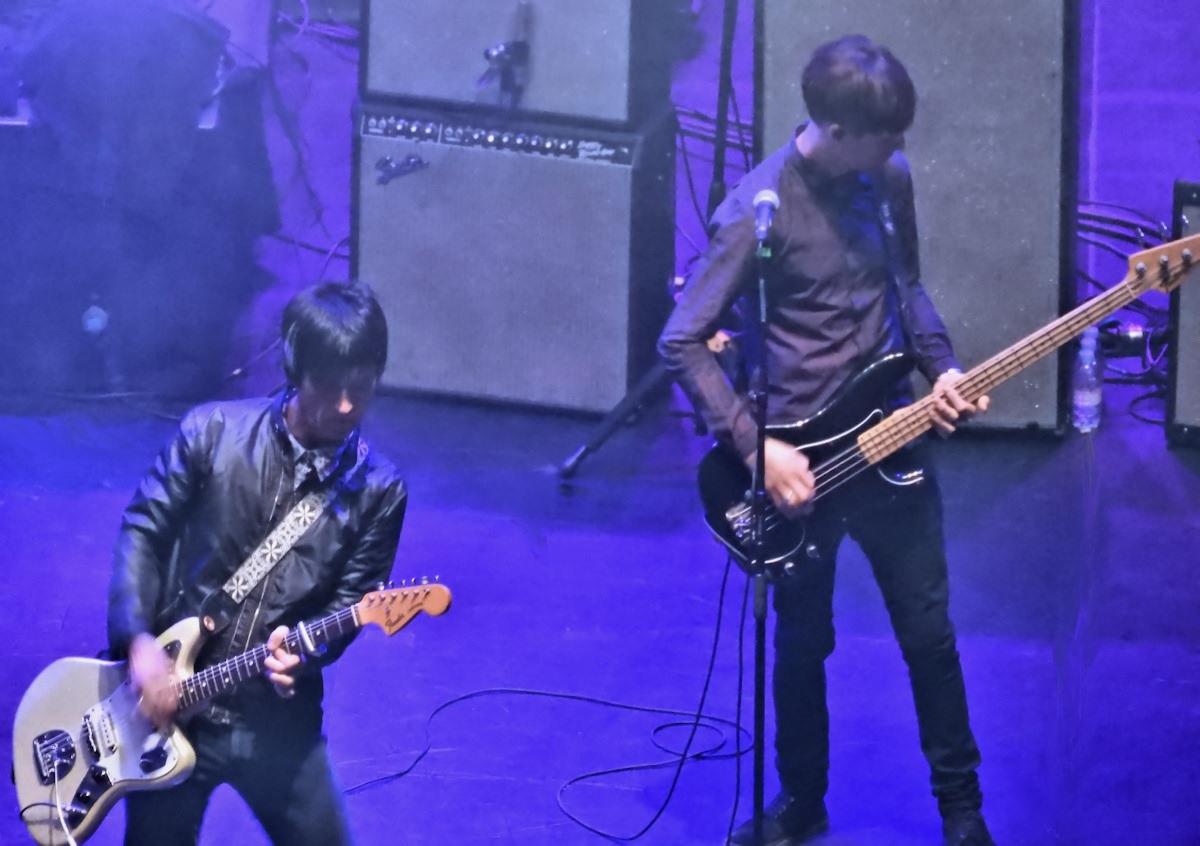 The main set is brought to a close with The Smiths’ ‘This Charming Man’ and the superlative ‘How Soon Is Now’ with Marr solo track ‘Easy Money’ from the ‘Playland’ album to separate them. The main set had contained such an embarrassment of riches that I seriously wondered whether we’d get an encore, but this is Johnny Marr – of course there’s going to be an encore!

We’re treated to a final song from ‘Call The Comet’ (‘Rise’) before Marr again mines the rich seam that is The Smiths’ back catalogue for ‘Last Night I Dreamt That Somebody Loved Me’ and ‘There Is A Light That Never Goes Out’. The latter song once again features Nile Marr.

The set tonight, notwithstanding the songs from the latest album, was a fanboy’s dream. Seven Smiths songs and the two from Electronic were worth the price of admission on their own. Also as ‘Call The Comet’ proves, Marr’s solo career is going from strength to strength. Johnny Marr: he’s a legend, right?

More info on Johnny Marr can be located HERE and further details on The Mystery Jets is located HERE. 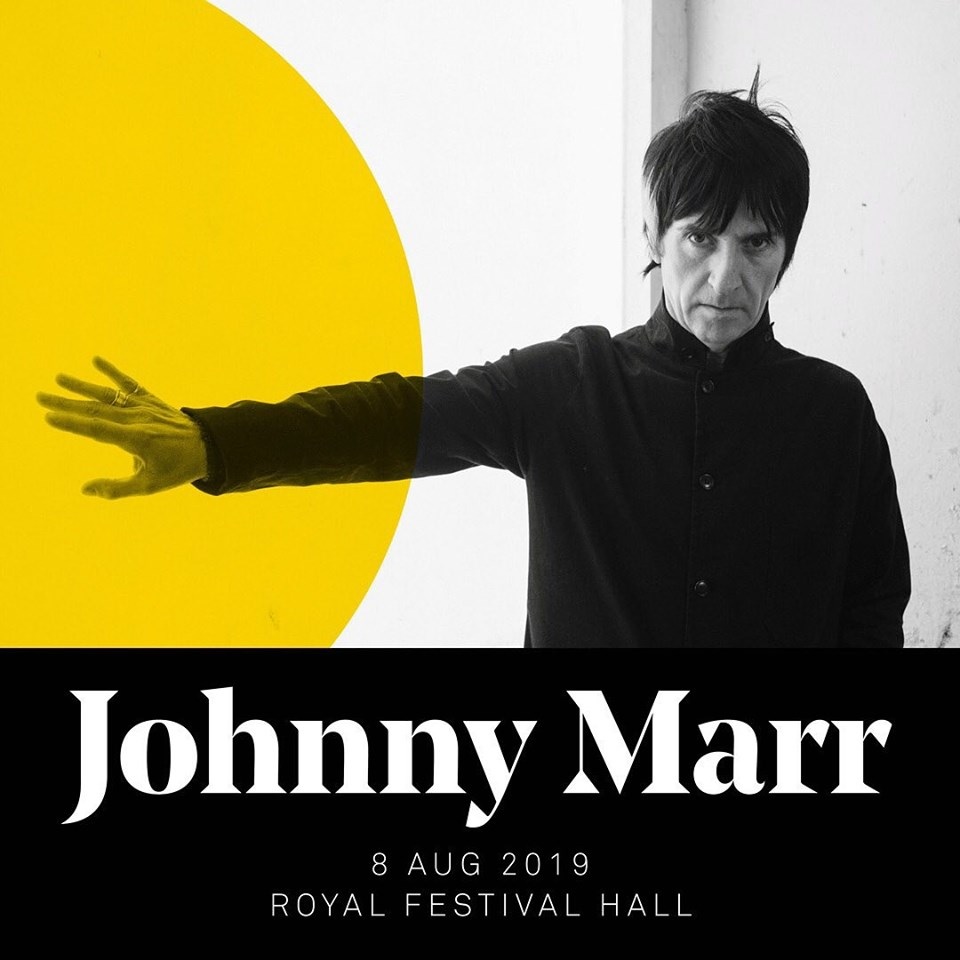 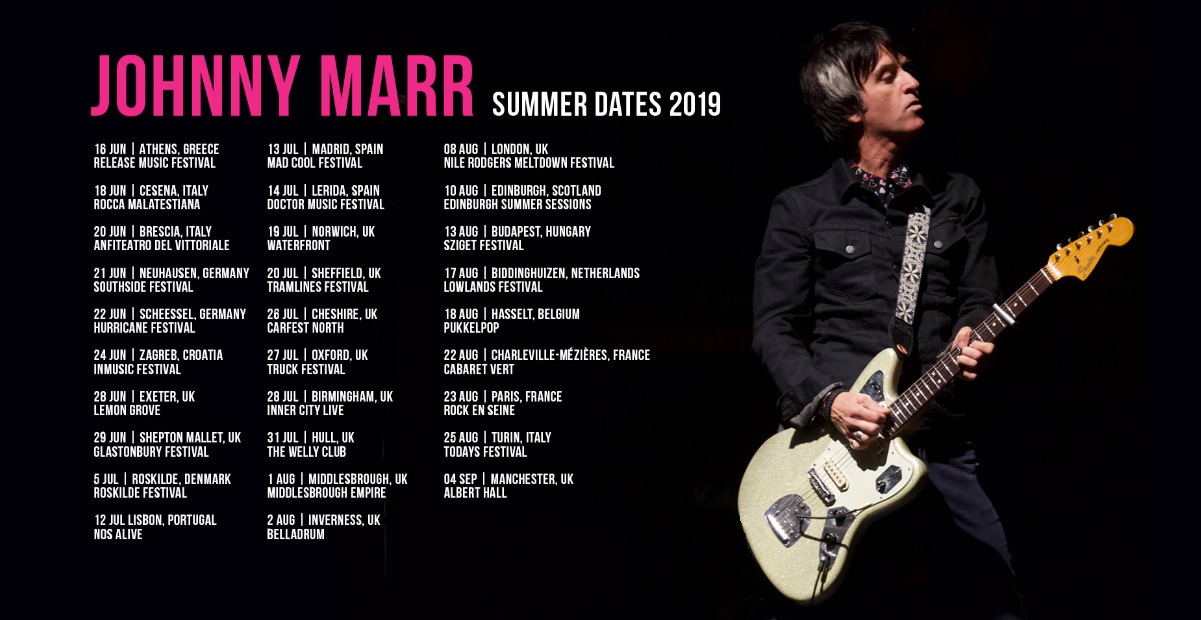