Political leaders are due to discuss whether to allow Brighton and Hove school children to take part in a climate change strike.

They are scheduled to debate the issue at a special meeting of Brighton and Hove City Council’s three party leaders later this week.

The Labour council leader Nancy Platts is due to join the Green opposition leader Phélim Mac Cafferty and Conservative boss Steve Bell for the meeting at Hove Town Hall on Thursday (12 September).

The only item on the agenda is “support for youth strikes and other climate action”.

A report was due to have been published late last week but has yet to appear.

The council’s executive director for families, children and learning Pinaki Ghoshal is understood to be preparing the report.

The meeting at noon on Thursday has been scheduled for just over a week before the next in a series of “climate strikes”, planned for Friday 20 September.

The meeting was called after a debate about the climate strikes at the most recent full council meeting in July.

Green councillor Hannah Clare asked the council to work with schools on a protocol for attending the strikes.

She also wanted to support employees who wished to take action in the “general strike” on Friday week.

Councillor Clare said that the issues that young people were raising now were the same issues that she had been concerned about as a teenager.

She said: “We need to be working with schools.

“There is some great practice in some of our schools in the city on safeguarding, on ensuring young people can attend the strikes. There is not in others.

“Therefore we as a council have a responsibility to help those young people take action. 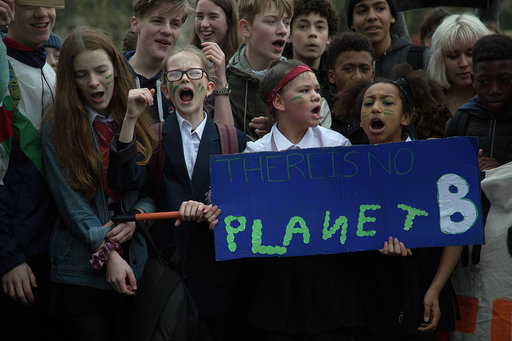 She was supported by Labour councillor Nick Childs, who has resigned as the chair of the council’s Children, Young People and Skills Committee.

He said: “History has shown that only when people are prepared to take a stand through non-violent protest – through campaigning and industrial action – will real and meaningful change be brought about.

“We must now stand together and take the strongest stand on this existential issue that affects all of us, our children and grandchildren.”

The Conservatives were against allowing young people to “skip school”.

Councillor Bell said that, as corporate parents, councillors should not encourage children not to attend school.

At the last council meeting he said: “Surely one of the great things from this is to make sure our children spend as much time in school being educated.

“They can be educated on climate change and various other issues that relate to reducing our carbon emissions and making us carbon neutral as soon as we can.

“What I am worried about is we are encouraging children to be able to find a reason or excuse for them not to be attending school.

“The next time it may be some other reasons.”

Councillor Platts said that there was the political will in the city to make Brighton and Hove carbon neutral by 2030.

She told the meeting in July: “I want to hear directly from young people about what else they feel our council needs to do so I can make it happen.

“Young people need to be at the heart of our thinking.”

The first of the current series of climate strikes in Brighton and Hove took place in February.

The movement was inspired by schoolgirl Greta Thunberg protesting outside the Swedish parliament in August last year.

The meeting scheduled to discuss the official local approach has been called by the council’s Policy and Resources Urgency Sub-Committee.

It is due to be held at Hove Town Hall from noon on Thursday (12 September) and should be open to the public.