A knife-wielding tenant was evicted for threatening to kill a member of staff in an emergency housing placement funded by Brighton and Hove City Council.

Another tenant was thrown out after injecting drugs in a communal bathroom and leaving blood all over the walls and sink.

The tenant had brought a drug dealer into the building who was weighing and bagging up drugs in the communal kitchen.

The cases were set out in an official report on the number of evictions from emergency housing.

The report said that other evictions followed drug dealing, fights with fellow residents, stealing from other residents’ rooms, anti-social behaviour and an assault on a member of security staff.

It also said: “A significant proportion of single people in emergency accommodation have complex support needs and are waiting for supported accommodation.”

The seven-page annual report on “evictions from temporary accommodation” said that the council “made 1,040 placements” in the year to the end of March, with some people housed more than once.

The number of evictions went up to 39 from 33 the year before, with many of those tenants struggling to manage in housing which was better suited to those with “general needs”.

The evicted tenants included a disproportionate number who had been assessed as needing “supported accommodation” but, the report said, there were not enough places to house them all.

It said: “This reflects the difficulties people have trying to manage in general needs accommodation while waiting for a supported despite the intervention of welfare officers.

“The high demand for supported accommodation means that people can be waiting for a considerable amount of time for a suitable vacancy.

“This can mean that while people may be linked in with support services, they do not cope well in emergency accommodation.”

The report said: “There was only one person evicted for service charge arrears alone (and) 22 of the 39 (56.41 per cent) were re-accommodated.”

The report also said that 412 short-term and emergency rooms were funded by the council and managed by landlords under contract with capacity for a further 60 “spot purchase” rooms. 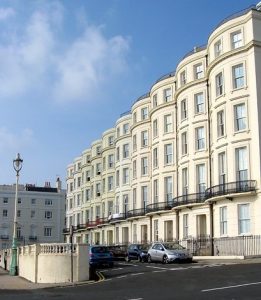 It said: “The average stay is currently five months and so turnover is high. The average length of stay in emergency accommodation has reduced from 18 months at the time of the last report.”

The council took on two welfare officers in 2018-19 to try to reduce the number of evictions from emergency housing.

It now employs six – and the report said: “The impact of the welfare officers has been positive and enabled more collaborative working to resolve issues at an early stage and avoid eviction.

“Since the introduction of the welfare officers, the number of evictions (has) reduced considerably and has held steady this year.

“We will continue to monitor evictions to identify further actions, support or training to enable people to maintain their accommodation and prevent disputes escalating into evictions where possible.

“We are planning to reduce our use of short-term managed accommodation over the next few years and to develop council-owned and managed short-term accommodation so we will have greater control and flexibility over the management.”