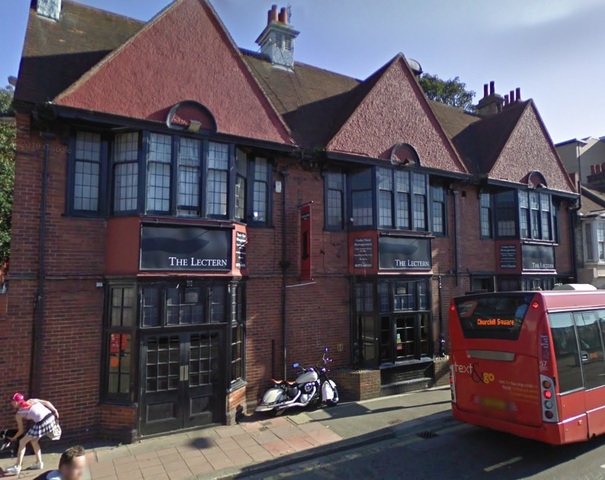 Neighbours of a new student housing development are being asked how they would use a promised community hall there in a bid to stop the developer downgrading the space to a broom cupboard.

The former Lectern site was sold to Student Castle after planning permission was granted for a block of 189 student rooms – which included a community cafe and space on the ground floor.

Student Castle has now asked the council for permission to reduce that space – and so members of the Coombe Road Area Local Action Team (CRALAT) are asking residents how they would use it to demonstrate how much it’s needed.

Speaking at the team’s meeting this week, Mrs Thompson said: “What we really don’t know is if we have support in the community.

Mrs Thompson and the team at CRALAT want volunteers to come forward to form an army of volunteers to knock on doors and encourage people to get involved with plans for the community space.

Before the planning application went through The Lectern was declared a community asset, which means the developer is required to provide the something for the community.

Instead of the community space, the developer has offered the ground floor to children’s music service the Centre for Inclusive Music, which is looking for a new home.

The meeting, held on Tuesday at the University of Brighton, also heard from Iain Chambers, general manager of The Bevy and one of the shareholders of Exeter Street Hall.

He told the group how neighbours of both venues bought the buildings, allowing the community to decide what they wanted to do.

He said: “What you want to present to people has to come from you.

“You may come up with a multiple number of things you want to happen in that space. You want the developer to build that space for you.”

The Bevy is still hosting events it originally planned to do, which Mr Chambers said showed the community knew what it wanted and what was right.

He recommended members of the LAT canvass the community as widely as it can.

Mr Chambers said: “The important thing is people buy in from the beginning. You need to have people willing to put the hard yards in and consult as widely as you can.

“That is the kind of legitimacy within your own community you need. You need to ask people.”

Moulsecoombe and Bevendean Labour councillor Daniel Yates has been keeping track of what is happening on the site since the Lectern first closed down.

As a member of the planning committee he will not be able to vote on the application to reduce the community space because he has already made his objections clear.

He told the meeting Student Castle had asked him what problem the community had with the plans.

Councillor Yates said: “Giving people a broom cupboard when they’re expecting a mansion is part of it.

“I pointed out to him the bin store would not be big enough to hold a Coombe Road Area LAT meeting.

“He asked me what it could be used for. I could only come up with one idea. It could be the polling station.”

He added that it would be terrible if after fighting for the Lectern to be deemed an asset of community value, campaigners’ hard work was lost at this final hurdle.

He said: “It is only the strength of the community saying that was supposed to be our space.

“We don’t want everyone coming in and us losing out completely on what we want to deliver.”