A Brighton heart surgeon has been cleared of misconduct by a medical practitioners tribunal.

David Hildick-Smith, 55, had been accused by his ex-girlfriend of causing her skin cancer by prescribing so many zolpidem sleeping pills that she kept dozing for long periods in the sun.

But the claim was dismissed as ludicrous by Dr Hildick-Smith’s barrister Stephen Brassington who described the woman – referred to as Ms A – as vengeful and consistently dishonest.

The Cambridge-educated cardiologist, who works at the Royal Sussex County Hospital, in Brighton, was “in a close personal relationship” with Ms A “for periods between 2009 and the end of 2015 (and the) beginning of 2016”, the Medical Practitioners Tribunal Service was told.

During that time Dr Hildick-Smith was accused of inappropriately and dishonestly prescribing sleeping pills for her, contrary to guidance from the General Medical Council (GMC).

Chloe Fairley, for the GMC, said that Dr Hildick-Smith’s actions were not an isolated incident, rather a pattern of dishonest behaviour which amounted to misconduct.

Mr Brassington said that Ms A had told a series of lies in a vengeful attempt to blacken Dr Hildick-Smith’s character and to stop him from practising medicine.

He said that Ms A – who was convicted of assault causing actual bodily harm (ABH) – clearly had an agenda motivated solely by revenge and designed to cost Dr Hildick-Smith his job.

Mr Brassington added that Ms A’s evidence was tenuous, her intent was to destroy Dr Hildick-Smith’s career and the compelling evidence of her frequent and consistent lying meant that the tribunal could not rely on what she said.

The tribunal, which sat in Manchester for two weeks, heard that Ms A’s medical records indicated that she had become dependent on sleeping pills.

Laura Paul, who chaired the tribunal panel, said: “The facts in this case do not amount to misconduct.

“The tribunal has accordingly determined that Dr Hildick-Smith’s fitness to practise is not impaired.”

She added: “In all the circumstances, issuing a warning would not be proportionate or appropriate.” 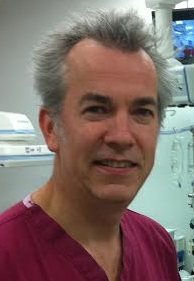 Mrs Paul said: “The tribunal considered Ms A’s evidence in the round.

“Ms A claimed that Dr Hildick-Smith was responsible for her becoming addicted to prescription medication.

“She worked back from that end point and made numerous allegations against him, including that his excessively medicating her had caused her to develop cancer, and directly blamed him for her losing jobs, and linked a variety of other incidents to him.

“The tribunal was minded that Ms A produced a victim-laden account largely centred around their volatile relationship.

“The tribunal noted that while there were strands of consistency within Ms A’s evidence, on the whole the tribunal found that she was often not sufficiently concrete in her recollection of the specifics of events.

“In particular, Ms A was adamant under cross-examination that Dr Hildick-Smith was the first person to prescribe zolpidem to her.

“The medical records show this is incorrect. As early as July 2004 Ms A was prescribed zolpidem by her GP.

“Further, her psychiatrist noted in June 2011 that she had been taking it for nine years.

“The evidence before the tribunal was that the first time Dr Hildick-Smith prescribed zolpidem to Ms A was (Saturday) 28 August 2010.

There is a clear picture, from both Ms A’s and Dr Hildick-Smith’s evidence, that she telephoned the out-of-hours GP service but was required to attend a face-to-face assessment before receiving a prescription.

“Dr Hildick-Smith then agreed to provide a prescription rather than Ms A attending the out-of-hours service.

“There is then a gap of three years and nine months before Dr Hildick-Smith issued further prescriptions in 2015.

“The Tribunal accepted that Dr Hildick-Smith genuinely believed he was prescribing to Ms A only when her prescriptions were running low and when she was unable to see her GP.

“He claimed that he was trying to help her. He was concerned that she was not sleeping and would lose her job as a result.

“With regards to the second distinct period of prescribing in 2015, the tribunal found Dr Hildick-Smith’s evidence to be plausible.

“It accepted that when Ms A requested these prescriptions, she displayed threatening behaviour in stating she would report him to the GMC if he did not comply.

“The tribunal was not persuaded by the GMC’s argument that Dr Hildick-Smith’s reason for fearing a referral to the GMC, was to cover up his dishonest conduct.

“The tribunal was minded that this pattern of prescribing is very different from earlier instances.

“Ms A and Dr Hildick-Smith both gave evidence of how the relationship had deteriorated.

“The tribunal noted that by 2015, Ms A was probably addicted to prescription drugs and in the following six months, she was referred for professional assistance for her addiction.

“The tribunal took account of Ms A’s medical notes on (Monday) 24 August 2015 which stated, ‘Asking for more zopiclone – using daily. Has a lot going on and appears to be dependent on them.’

“This evidence lends weight to Dr Hildick-Smith’s account of events, which is that Ms A was not acting in the manner in which she had done so previously and that she was exhibiting threatening behaviour.

“The tribunal determined that much of Dr Hildick-Smith’s evidence was both credible and plausible. “The tribunal considered, however, that he repeatedly demonstrated poor judgment in his prescribing behaviour.

“Dr Hildick-Smith gave frank evidence that he was so emotionally invested in the relationship that he did not take into account the realities of his responsibilities as a clinician.

“It is clear, to this tribunal, from extensive documentary and oral evidence, that the relationship between Dr Hildick-Smith and Ms A was volatile and at times involved extreme behaviours on Ms A’s part.

“This is material in considering the motivations for their behaviours.

“Dr Hildick-Smith’s actions, viewed against a backdrop of Ms A’s medical history and her GP’s prescribing activity at the relevant times, were of relatively marginal impact.

“They occurred in only three episodes of prescribing in five years.

“After October 2011, Dr Hildick-Smith had ceased to prescribe in response to Ms A’s importuning, and only resumed briefly and clearly reluctantly in 2015.

“The tribunal has accepted that the latter prescribing was in response Ms A’s deeply unpleasant, coercive conduct.

“It is clear from his reflections that Dr Hildick-Smith is very remorseful.

“Having determined that the facts in this case do not amount to misconduct, the tribunal has accordingly determined that Dr Hildick-Smith’s fitness to practise is not impaired.”