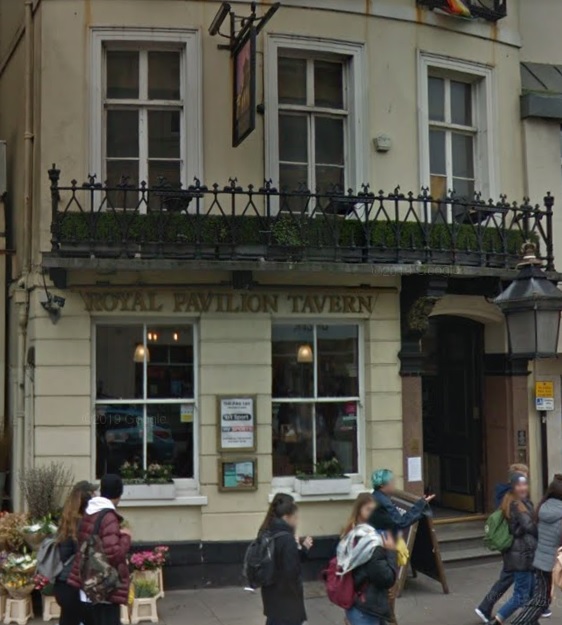 Rumours of the demise of the Pavilion Tavern may have been exaggerated – but its owners are remaining cagey as to what exactly the future holds for the 200-year-old pub.

A notice on the pub’s website yesterday announced the pub was closing permanently from tomorrow (Thursday) – but its owners, pub chain Mitchells and Butlers – now say the closure is temporary.

The website has also been amended, to say the pub will be closing while work on the upper floors takes place, adding: “Watch this space for what comes next.”

A notice on the pub says a major building project to convert disused rooms above the pub into nine flats followed by refurbishment of the pub starts this week.

The project is set to take 19 weeks, although the client, Mitchells and Butlers, has set aside a total of 27 weeks for the project.

However, the pub chain has so far not confirmed the pub will reopen as the Royal Pavilion Tavern – or whether it will be holding on the pub or selling it. 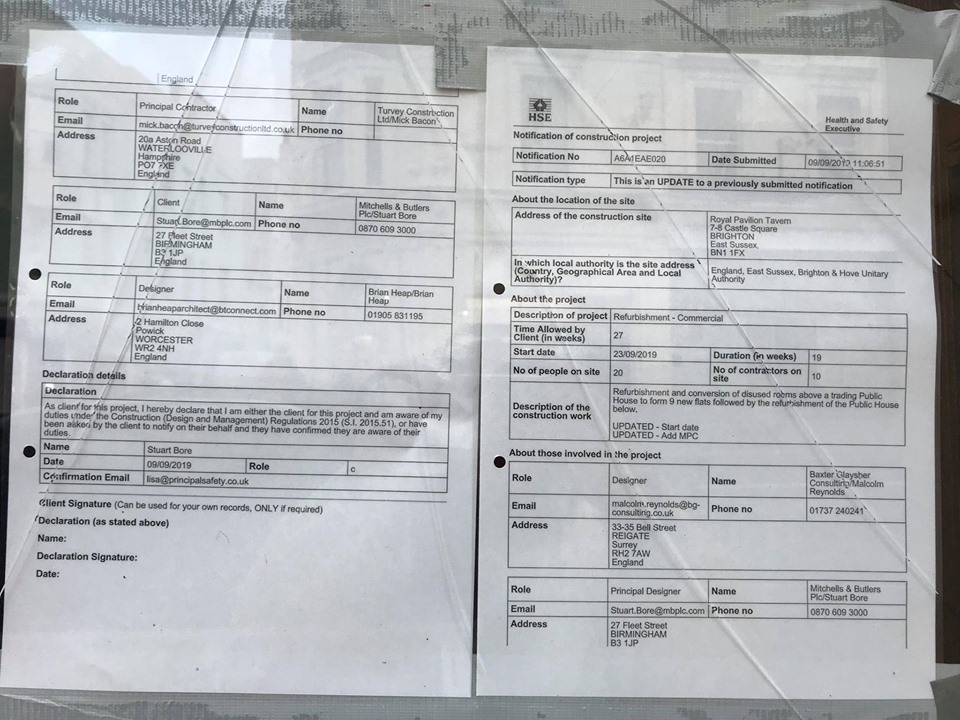 Planning permission was granted in 2017 to create nine flats on the first, second and third floors of the Grade II listed building, with the ground floor to continue as a pub.

However, the nightclub on the first floor becomes flats under the approved plans.

Drawings submitted with the application show little or no changes to the layout of the ground floor.

The application states: “The ground floor is to remain as existing except for the small area which is currently nightclub toilets and fire exit. This will become the main entrance to the flats with storage and retention of staircase.

“There is a requirement under building regulations for sound insulation to be introduced to the floor between the pub/restaurant and flats above.

“The intentions are to retain the pub/restaurant ceiling and introduce a sound insulation system which sits on top of the floor.”

It concludes: “The proposed conversion will bring back disused areas into use with repairs to ensure its long term use and upkeep. The proposals have very minimal impact on the exterior of the building and no significant disruption on the interior.

“The proposals will provide well needed residential accommodation close to the town centre.”