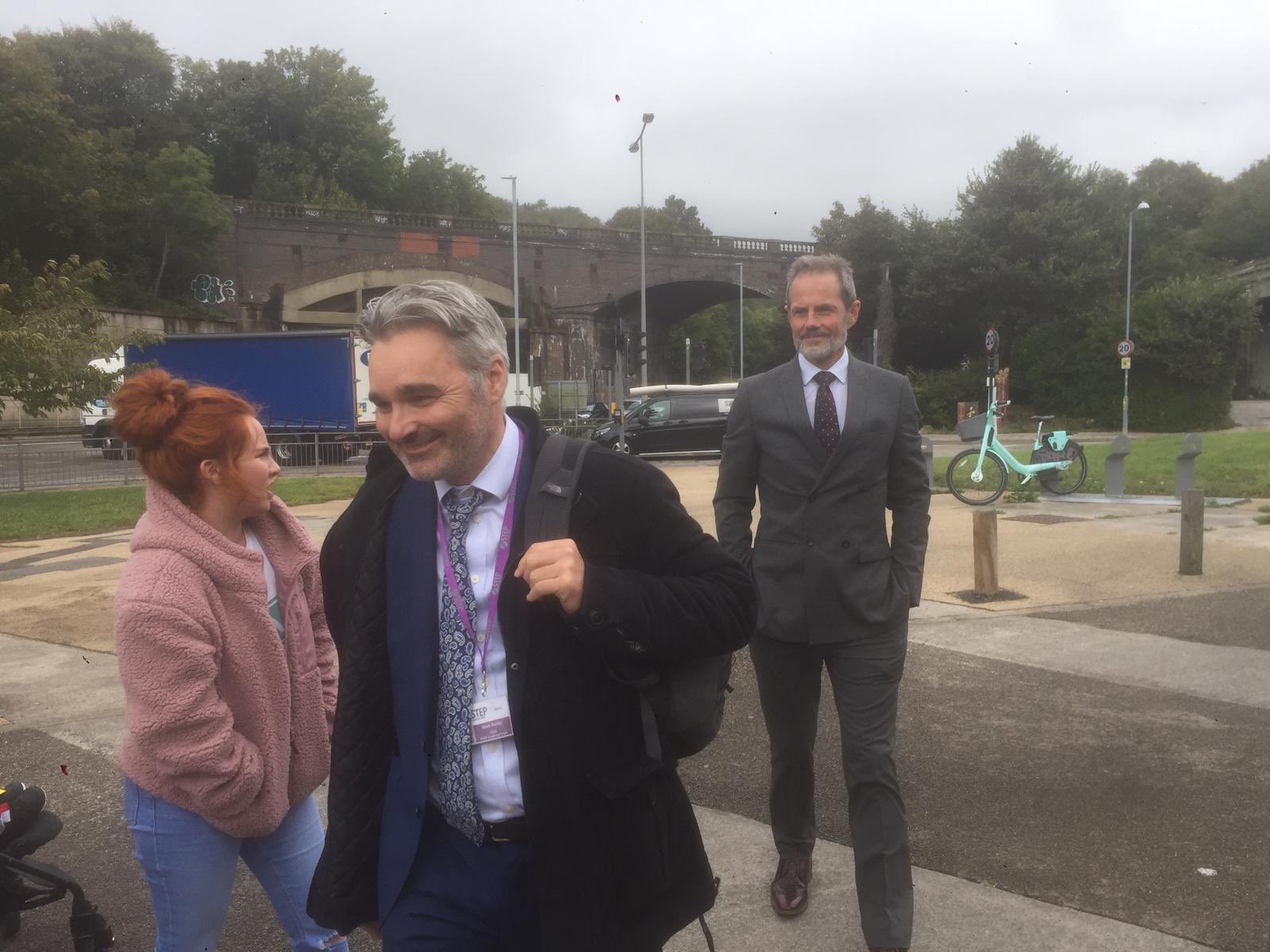 Parents protesting plans to turn Moulsecoomb Primary School into an academy waved banners and signs when a potential sponsor came to visit yesterday.

Step Academy Trust chief executive Mark Ducker and director of teaching Tim Mills were stopped at the school gates and handed leaflets by members of the Hands off Moulsecoomb campaign.

The government is pressing ahead with plans to turn the school into an academy following an Ofsted inspection which rated the school as inadequate.

But since then, the school’s Sats results have seen a marked improvement and so campaigners are asking for a re-inspection.

Step Academy, which runs schools in Croydon, south east London and Kent, confirmed its visit, adding that a sponsor is still being identified.

Parent, Natasha Ide, who was part of the protest said: “Moulsecoomb Primary School is an amazing school and always has been. I went there when I was a child and all of my children have gone there too. The staff have been there for many years and the children adore them as do the parents.

“Ofsted is wrong about our school and we want them to reinspect before they force our lovely school to become an academy, so they can see the improvements that have been made. Our school is not for sale and we won’t give up without a fight.”

Brighton and Hove City Council is currently running its own ballot of parents on the whether the school should be forced to join a multi-academy trust. Although not legally binding, the position of the council is that parents should have a meaningful say on the future of the school.

Councillor Kate Knight, who has been supporting the campaign said: “This is a well-loved school, rooted in its community, that prides itself on serving all of the children that attend.

“A huge amount of hard work by the Headteacher, staff and parents, as well as council resources, have been invested in the school and everyone can now see the benefits of that.

“As a local councillor, I am full of admiration for the determination and passion that the parents and carers of the children at Moulsecoomb Primary have poured into this campaign.

“They absolutely deserve to have their voices listened to. Once lost to the creep of privatisation, this school will never be returned to its community.”

A spokeswoman for Step said: “We can confirm that yesterday, as part of the process for identifying an academy sponsor for Moulsecoomb Primary, representatives from Step Academy Trust visited the school.”

In August, the University of Brighton Academies Trust said it would not be interested in taking over school after it was approached.