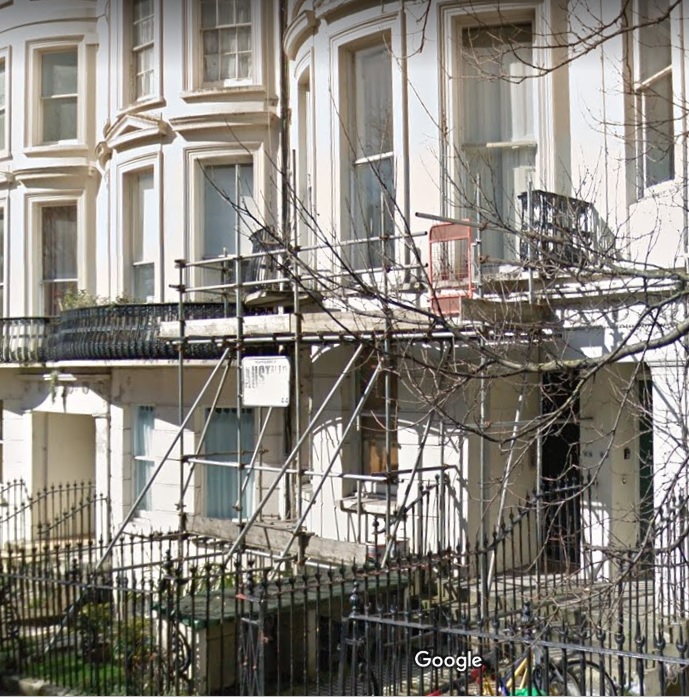 The Montpelier Road flat balcony in March this year. Image from Google Streetview

The owner of a flat from which Airbnb guests plunged two storeys when a balcony collapsed has been ordered to replace it more than three years on.

Harry Dee from Brighton, Alexander Browning from London, Jessica Paterson and Claire Corfield were toasting their friend Tom on the first floor ornamental balcony of the Montpelier Road flat when it sheared off and they plunged into the basement below in July 2016.

Harry Dee was impaled on a railing, Jessica Paterson broke her pelvis and back, and Claire Corfield’s back was broken.

It was approved in August last year, but a year later no work had been started and so last month the council issued an enforcement notice requiring the replacement balcony be installed.

Following the accident, the flat was still available on Airbnb for several days, and the then owner, Monika Payne, was still accepting bookings. However, it was withdrawn soon afterwards and Brighton and Hove News understands it was subsequently let out to a tenant.

The injured guests sued Airbnb and Brighton and Hove News understands the matter was settled out of court last year.

No official investigation has taken place as properties let in the so-called room-sharing economy slip through the regulatory net.