A Brighton and Hove sex offender is wanted by Sussex Police after failing to turn up for a court hearing. 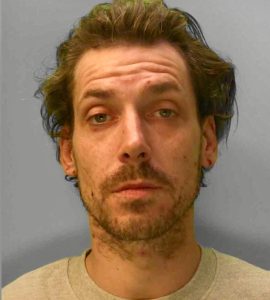 He faces a number of charges including taking an old Vauxhall Astra, driving another car with a licence or insurance, burglary and theft.

Brighton magistrates were also told that he had failed to tell the police that he had been evicted from his flat in Hove despite being required to do so as a registered sex offender.

The court has issued a warrant for his arrest, not backed for bail.

The force said this afternoon (Friday 27 September): “Police are searching for Dean Jackson, who is wanted in connection with multiple offences.

“The 32-year-old is being sought for burglary, theft, failing to attend court and failing to comply with his sexual offences registration.

“Jackson is believed to be in the Brighton area.

“Anyone who sees him is asked not to approach him, but to dial 999 immediately.