Two men have been jailed for drug dealing in Brighton after being caught with cannabis and cocaine. 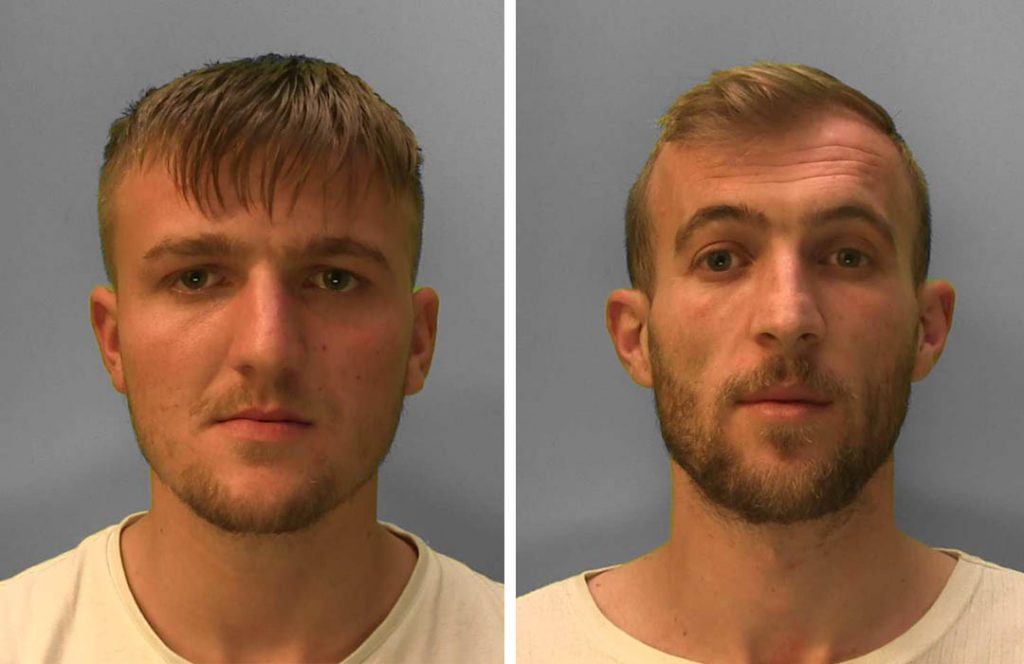 Eraldo Saraseli, left, and Klaudio Ago

Sussex Police said this afternoon (Wednesday 16 October): “Two men have been jailed for 32 months each after admitted to supplying more than £23,000 worth of cocaine and cannabis in Brighton.

“Eraldo Saraseli, 20, of no fixed address, and Klaudio Ago, 27, of Bristol Gardens, Brighton, were arrested and each charged with two counts of possession with intent to supply cocaine and cannabis in New Steine, Brighton, on (Tuesday) 30 April.

“They appeared at Hove Crown Court on (Friday) 27 September for sentencing.

“The court heard that Brighton prevention and community investigation team officers saw two men involved in suspected drug dealing on (Sunday) 28 April in St James’s Street and going in and out of a flat in New Steine.

“Officers carried out a search warrant at the flat and found a large quantity of drugs and cash.

“The two men had fled.

“Following further inquiries they returned to the area the next day and saw Saraseli again dealing drugs and arrested him.

“They then made a link to an address in Bristol Gardens and arrested Ago who matched the description of the other man seen with Saraseli in St James’s Street.

“Saraseli pleaded guilty to two counts of possession with intent to supply cocaine and cannabis and possession of false identity documents. He was sentenced to two years and eight months.

“Both men will be deported to Albania once they have served their sentences.”

Inspector Nick Dias said: “This was great work by our prevention, community investigation team and investigation officers to get a significant amount of drugs off the streets and to remove those involved in the supply in the city.”