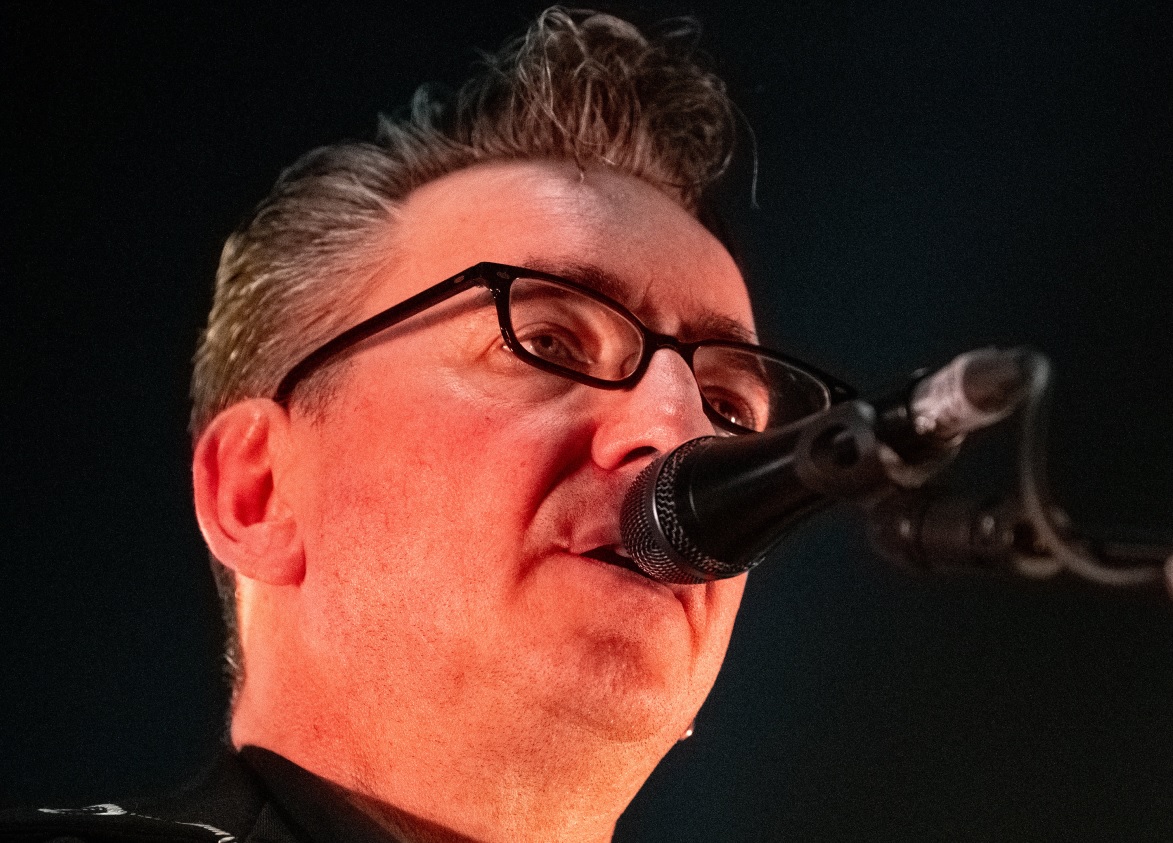 Richard Hawley has been touring with his five-piece band to promote his 8th studio album ‘Further’, his first album not to be named after areas around his birthplace of Sheffield, and tonight was the last night of his tour at a packed Brighton Dome.

Richard Willis Hawley, born 17 January 1967, is a singer-songwriter, guitarist, and producer. After his first band, Treebound Story, broke up, Hawley became a member of Britpop band Longpigs in the 1990’s. Hawley’s inimitable style is difficult to pigeonhole, ranging as it does from ballads, to rock, country and pop and everything in between; beautifully crafted songwriting and distinctive vocals being the key ingredients. His varied list of collaborators give some more insight to his music style: Lisa Marie Presley, Arctic Monkeys, Manic Street Preachers, Elbow, Duane Eddy, and Paul Weller.

At the appointed hour, the house lights went down and Al Bowlley started singing ‘The Very Thought of You‘ and suddenly there were Hawley and his band, onstage and ready to entertain us. 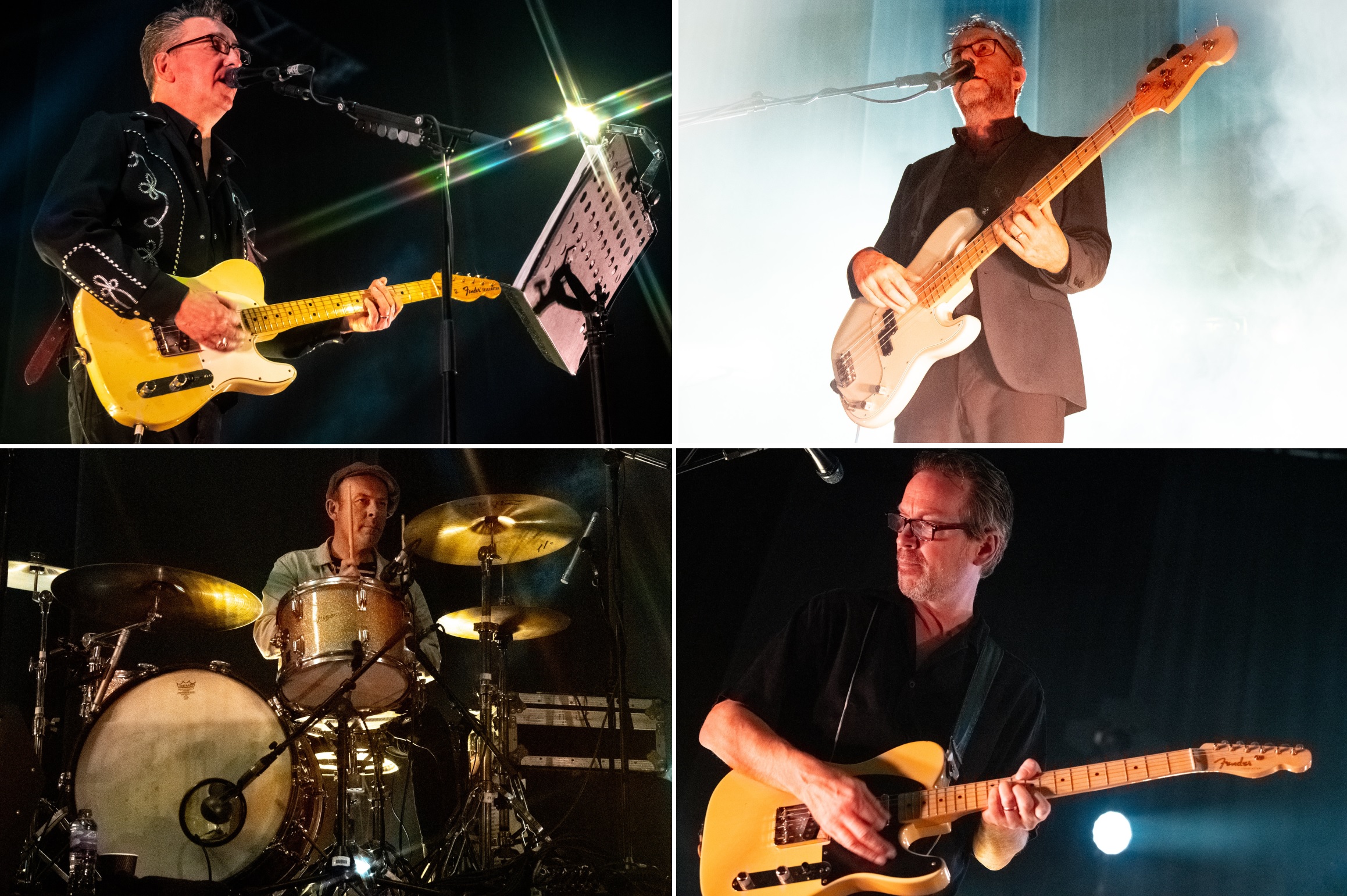 Sporting his trademark quiff and glasses and displaying down-to-earth northern cool, Hawley started straight in with ‘Off My Mind‘ from his new album, a rocky number accompanied by a backing video of a road trip. A combination of stills and videos added dramatic effect to certain tracks throughout the evening, however, the rapid flashing lights made the stage difficult to look at on occasion.

Next up was ‘Alone‘, also from ‘Further’, a poppy number with shades of Dr. Feelgood. Hawley chatted to the audience from time to time between tracks, taking the mickey out of hecklers and us southern softies, his Yorkshire accent peppered with swear words.

The album’s title track was an echoey guitar ballad, a lovely Hawley trademark sound. ‘Standing At The Sky’s Edge‘ was next, a powerful but depressing song about poverty, quickly followed by the manic hillbilly joy of ‘I’m Looking For Someone To Find Me‘, which lifted the audience again.

Every song, whatever style, had a personal story behind it and Hawley and the backdrop imagery both explained their inspiration: ‘Emelina Says‘ was about pointless male jealousy; the audience favourite ‘Coles Corner‘ had a picture of Hawley’s mother (Lynne) on her wedding day as a backdrop; ‘Midnight Train‘ displayed vintage footage of his father (David) with his rockabilly bandmates. Other standouts were ‘Time Is On Your Side‘, with gorgeous bluesy harmonica from Clive Mellor, and ‘Down In The Woods‘ a long, psychedelic, mainly instrumental number (think Echo and The Bunnymen meet The Doors). To the surprise of Richard Hawley, The Brighton audience responded with great enthusiasm to the latter song. Hawley rounded off his strong set with ‘Is There A Pill?’ to thunderous applause.

There was only time for two encores: the beautiful ballad, ‘There’s A Storm Coming‘ and the well known and loved ‘Heart Of Oak‘.

“I’ve only ever wanted to make music that’s soulful, that has some depth and heart in it.” says Hawley and he has definitely achieved just that. This f***ing northerner is welcome back to Brighton anytime. 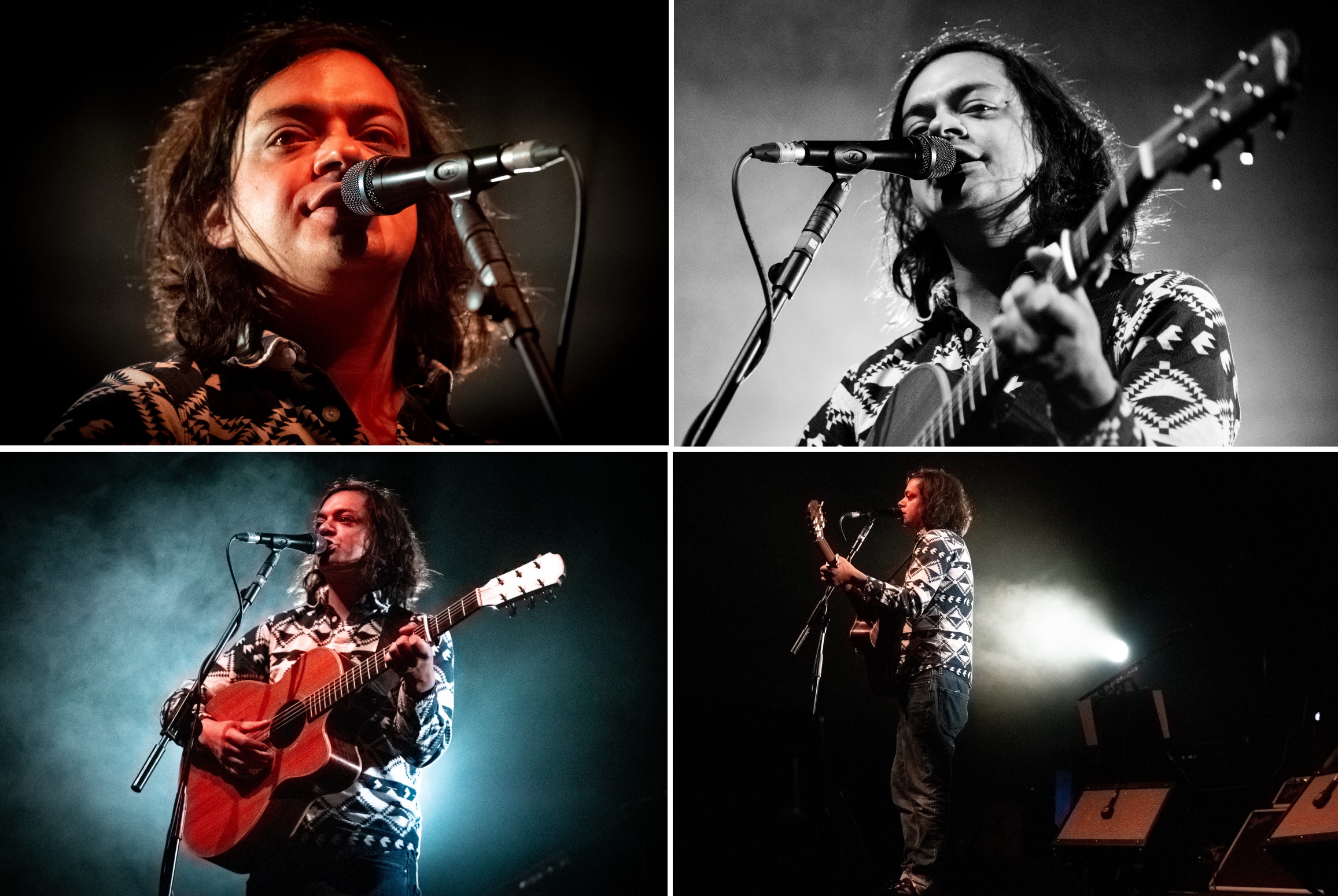 Support came from Samuel Lloyd “Sam” Duckworth aka ‘Get Cape. Wear Cape. Fly‘, a singer songwriter who strewed the path to Richard Hawley with an enjoyable set of on-message songs. The Brighton audience, always keen on the alternative, the inclusive and a protest, warmed to his take on life today and festival freedom vibe. 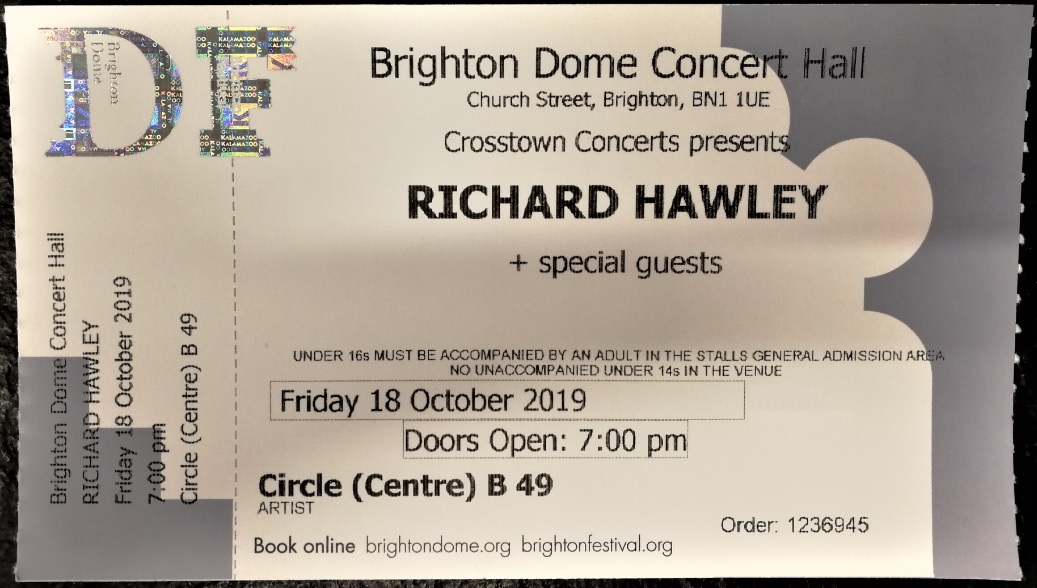 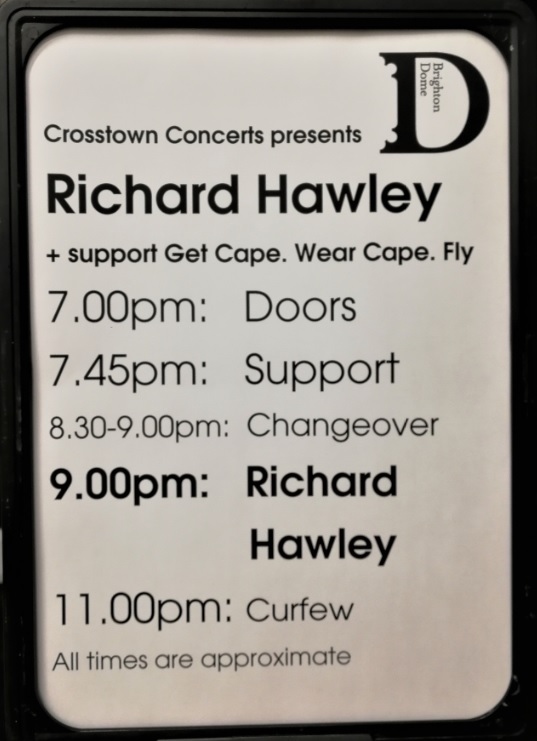 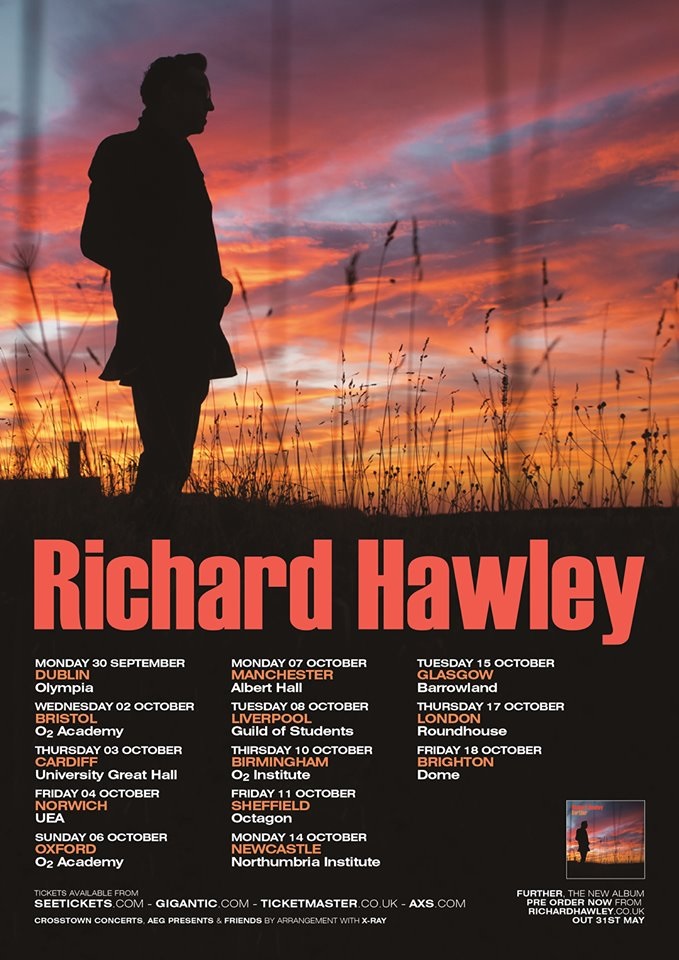