Two men were caught on camera as they burgled a charity shop in Brighton. 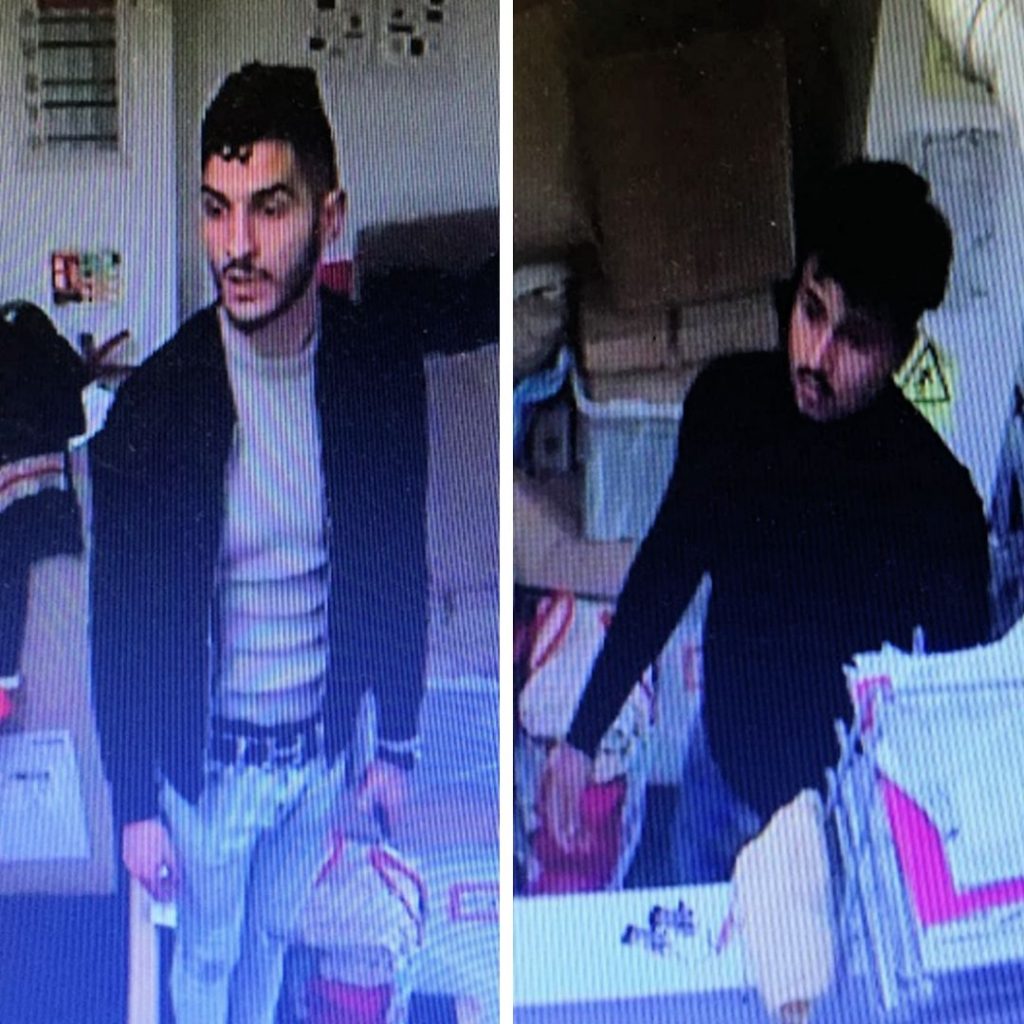 And detectives have released pictures from the scene in the hope that the men will hand themselves in or be identified by someone who knows them.

Sussex Police said: “Police have released images of two suspects sought in connection with a burglary at a charity shop in Brighton.

“Two men entered the Cancer Research shop in Western Road at about 2.25pm on (Sunday) 6 October and made their way into a private office.

“From here, they stole a small safe containing documents and are believed to have left the premises via the rear exit.

“Anyone who recognises the suspects, or saw what happened, is asked to report it online or call 101, quoting serial 931 of 06/10.”