Police are looking for a missing 12-year-old boy who was spotted in Brighton. 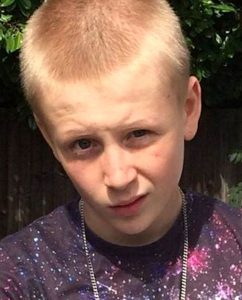 Sussex Police said today (Tuesday 29 October): “Police are looking for missing 12-year-old George Maynard who has been sighted in Brighton.

“George, who is white, slim and has blond hair, has been missing from an address in South Godstone, Surrey, since Sunday (27 October) and has links to Brighton and Hove.

“He was seen at about 7pm near the Morrisons store in St James’s Street on Monday (28 October) and was wearing a green cap, a white tracksuit top and black trousers.”

PC Lucy Goering said: “We are concerned for George due to his age and consequent vulnerability and believe he is still in the city.”

Sussex Police added: “Anyone who sees George should call 999 or if you have any information on his whereabouts report online or ring 101 quoting serial 631 of 28/10.”