The organisers of a dance music festival want to come back to Brighton but have asked for a new location away from a helicopter landing site.

Land Beyond took place in East Brighton Park last summer but the first day of the weekender was a write-off after high winds damaged the main tent.

As a result the organisers were forced to scrap the line-up for Saturday 8 June.

While the event went ahead on Sunday 9 June, it attracted complaints after a live camel was included among the attractions.

A report to members of Brighton and Hove City Council said that the organisers had asked for permission to use Wild Park in Moulsecoomb next summer.

The report said: “First held in East Brighton Park in 2019, the show wishes to change location due to issues arising from the helicopter landing area in this park.”

East Brighton Park is currently where air ambulances land when bringing patients to the Royal Sussex County Hospital, in Brighton, although a helipad is due to open at the Eastern Road site.

The report to councillors described the Land Beyond festival as “a dance music festival for 5,000 people contained mostly within a structure”.

It also said that the Kemptown Carnival was pencilled in for Saturday 6 June from 10am to 7pm, with a 15,000 crowd expected.

The same report – to the council’s Tourism, Equalities, Communities and Culture Committee – flagged up a new event proposed for Black Rock, by Brighton Marina.

The proposed event is an exhibition about The Jam – a chart-topping band who played their final gig at the Brighton Centre on Saturday 11 December 1982.

The organisers want to put up a temporary building to house the exhibition which is called About the Young Idea.

If they are given landlord’s permission by the council’s Tourism, Equalities, Communities and Culture Committee next week, they will apply for planning permission.

They hope to hold the exhibition from Wednesday 5 August to Monday 31 August. 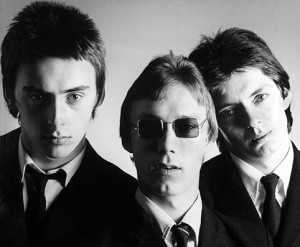 It then moved to the Cunard Building, in Liverpool, where 30,000 people went to see it over three months from July 2016.

The promoter, AGMP, said: “At its heart this exhibition will feature a vast collection of memorabilia, fashion, vinyl and imagery from one of the most iconic UK bands of all time – The Jam.

“Previously exhibited in London’s Somerset House and Liverpool’s Cunard Building, we now wish to bring it to Brighton.

“Working alongside Paul Weller’s sister Nicky and The Jam superfan Den Davis, AGMP will add entire new dimensions to the exhibition to make it the biggest yet with a forecast 50,000 visitors.

“Brighton is the spiritual home of The Mod. Where better to host such an event!” 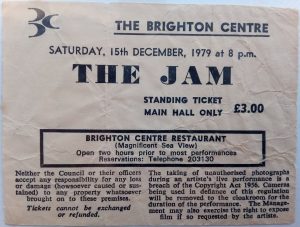 The Jam exhibition, the Land Beyond music festival and the Kemptown Carnival are among dozens of events planned for parks and open spaces next year.

Almost 50 events in total are expected to receive landlord’s consent from the council next Thursday (21 November).

Others include the Brighton Marathon, Hove Carnival and Paddle Round the Pier as well as Pride, the Race for Life and Burning the Clocks.

The decision is due to be taken by the council’s Tourism, Equalities, Communities and Culture Committee at Hove Town Hall on Thursday. The meeting is scheduled to start at 4pm and should be open to the public.