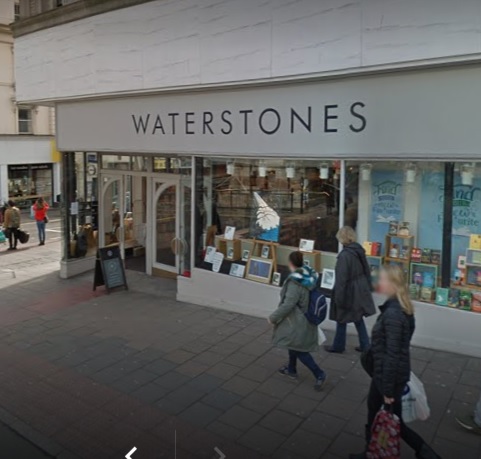 A heroin addict who stole more than £1,000 worth of comic books from Waterstones has been spared jail after magistrates heard he had never been given a drug rehabilitation order.

Craig Knight, 28, who lives in a homeless hostel in North Road, has been in and out of prison for a variety of offences, most recently mainly for shoplifting, since being convicted of streaking at the Amex in 2012.

He was facing prison after pleading guilty to stealing the DC Marvel books from the Brighton bookshop on 15 and 27 August this year.

But after hearing from probation that he had never been given a drug rehabilition order, magistrates instead spared him jail and ordered him into rehab.

Probation officer Nathaniel Matthews said he had been in contact with Knight for several years, and for the last six, he had been in the grip of heroin addiction.

He said: “I find it hard to recall another person whose life seems to have been swept clear of everything except the use of that drug.

“There’s nothing that seems to be in his life but the acquisition and taking of drugs at the moment.

“He has isolated himself from his family, he doesn’t have any peers aside from those who are similarly in the grip of addiction.

“The thefts from Waterstones were committed to fund his drug habit. He has a record of going back to the same venue a number of times in order to shoplift which is indicative of a level of recklessness and lack of thought to the consequences, even nihilism.

“He’s never been given the opportunity to do drug rehabilitation. He has been committed to custody and has spent time in several risons and clearly that custodial environment has had no impact in terms of rehabilitation.”

He said that in recent weeks, Knight had been given two appointments with the drug rehabilitation service Pavilions and had failed to turn up – but he had attended a third appointment.

He said: “Pavilions believe that he could be worked with and make his way out of drug addiction and criminality.

“He says he has gone days without using, and now wants to go from days to weeks and on from there.”

In 2012, aged 20, he was banned from all football stadiums in England and Wales for three years after streaking during an England under-19s match against Denmark – and from the Amex until 2021.

The following year, he was convicted of trespassing on the railway at Preston Park, and in 2014 of taking a Mini and crashing it while drunk and then assaulting someone at the North Road hostel.

He was jailed for ten weeks for the assault after declining a community order.  He was then fined in 2014 for failing to notify the court of his change of address, a breach of the football banning order.

In 2015, he was given a suspended sentence for drink driving and community orders for fencing stolen goods and stealing face creams and perfume from Boots.

Later in 2016, he was given a community order for breaking into Moulsecoomb Leisure Centre and stealing alcohol, and using a stolen prescription at Blakes Pharmacy in Blatchington Road, Hove.

In 2017, he was given a suspended sentence for shoplifting headphones from Homesense, jailed for fencing stolen Blu Rays and PS4 games and jailed again for failing to pay almost £2,000 in fines he had racked up alongside the community orders.

Last year, he given a conditional discharge for stealing an Xbox headbox from Sainsbury’s and a suspended sentence for a string of thefts of Apple pencils and other accessories from the Genius store in Churchill Square