After two fires in a year at the household waste depot in Brighton, the council has been asked to looked at the safety and suitability of the site.

The fire at the Veolia waste transfer site on Sunday 25 August followed a smaller blaze in September last year.

Round Hill resident Dominic Furlong spoke on behalf of his neighbours to raise seven issues of concern about the site with members of Brighton and Hove City Council.

People in the area are worried about emergency access to the site, the lack of a full sprinkler system and the effects of smoke inhalation.

Mr Furlong told the council’s Environment, Transport and Sustainability Committee that the emergency services took half an hour to gain access to the site after the August fire was reported.

It was a warm bank holiday weekend and people had their windows open. Mr Furlong’s neighbours were concerned about the impact of potentially toxic materials in the smoke.

At Hove Town Hall on Tuesday (26 November) Mr Furlong said: “They woke up to find their bedrooms full of smoke, unaware of the fire or of the advice to close their windows.

“Although no one was seriously injured, Round Hill residents are understandably concerned about the impact of smoke inhalation on their health.”

He asked why no one knocked on people’s doors to tell them about the fire and smoke.

But, she said, the council would take a more proactive approach if there was another fire.

Councillor Pissaridou said: “The area has been an active waste site for over 100 years.”

She said that it was managed in line with Environment Agency standards. 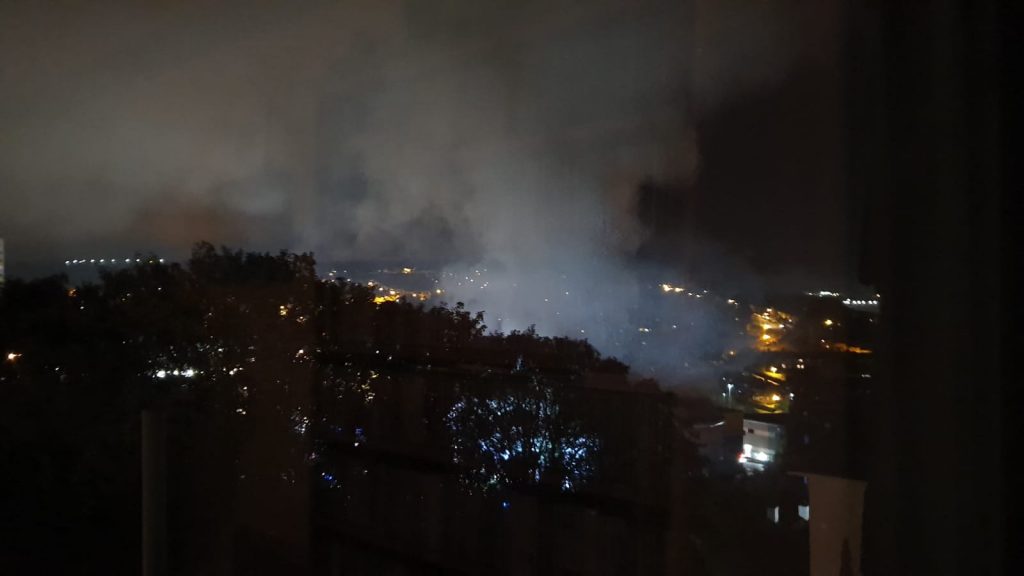 Investigations by a joint group made up of representatives from Veolia and East Sussex County Council are continuing, with input from the Environment Agency and East Sussex Fire and Rescue.

He said that the council could not ensure fire safety on the site because, he said, the fire was caused by a disposable barbecue left in a seafront litter bin which “could happen during any summer”.

Councillor West said: “This fire at the waste transfer station is an incredibly serious matter for the local residents who live around that site.

“A number of residents mentioned they reported problems with their health because of the impact of the fire.

“I don’t care what the pollution station in Preston Park has to say about it. People living within 100 yards or so of this site, with their windows open, had huge amount of smoke coming in.”

He said that lessons were learned from the fire as there was an improved response to the Pankhurst Avenue blaze in October.

Councillor West called for a public meeting to inform people living near by as well as letting them air their concerns.

He asked for a review as to whether the waste transfer site should be at the site in Hollingdean.

Conservative councillor Lee Wares said that a lot of money was spent to protect the neighbourhood close to the incinerator plant in Newhaven and yet in Hollingdean the same material was burnt in “an open bonfire”.

He backed an independent investigation into what happened at the waste transfer site.

It was agreed a review will be carried out into the suitability of Hollingdean for the Veolia site.