Singer songwriter Minhee Jones is due to wrap up an exhausting-sounding whirlwind tour in Brighton on Thursday (12 December). 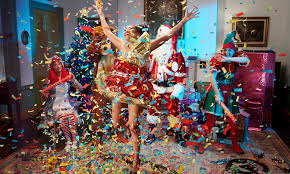 Jones – formerly known as Dregas – has taken in 50 cities in seven days in a gruelling attempt to break three world records.

Her final gig is scheduled for 4pm at the Komedia Studio Bar, in Gardner Street, Brighton, with entry for the standing show costing just £1.

Jones is promoting her Next Xmas song and raising awareness of the Music Venue Trust which supports grassroots venues.

The Guinness world record rules for the tour are no walkover though.

For starters, each venue has to be at least 31 miles from the previous one – and each gig must have a least 10 people in the audience with tickets.

Her performances have to last at least 15 minutes and, lastly, at least half the cities must have a population of more than 100,000.

To find out more about the gig on Thursday, click here.

To find out more about the singer and the single, visit minheejones.com.