Building site traffic is making it hard for recycling trucks to reach households in Mile Oak and Hangleton, according to residents.

Lorries making deliveries and taking away soil at the new Clarion Homes estate being built by Thakeham Group, off Overdown Rise, have blocked roads, resulting in long waits for recycling collections.

She told representatives from Cityclean, the council’s refuse and recycling department, how some people living in Chalky Road had not had their recycling collected for six weeks.

Mrs Briault said: “We never had a problem until just lately.

“This week the bins are overflowing and the recycling lorries had to come on Sunday.”

She said that the problem was caused by the building work, with 125 homes going up between Overdown Rise and Mile Oak Road

“They’re not going where they should be and the recycling is getting bad.”

Andrew Stolton, who manages the refuse and recycling teams for the area, said that it was harder to get recycling trucks rather than the usual dustcarts through roads blocked by the building works as the recycling trucks are bigger.

Recycling teams work on both sides of the lorries which take glass on one side with other recycling on the opposite site.

This week North Portslade councillor Peter Atkinson has told his community that more yellow lines are expected in February.

He has received numerous complaints about vehicles using the wrong roads to reach the building site.

Councillor Atkinson said: “We need Thakeham to get a grip on the lorry route for the construction site at Overdown Rise.

There are similar problems in Hangleton due to building work in Buckley Close.

“The council has allowed too much to go on at the same time.” 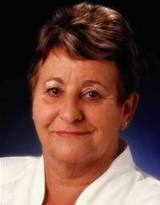 The council is in the process of building 12 flats to be let at living wage rents on what was once the site of 48 garages which had become rundown and left empty.

Councillor Barnett praised Cityclean workers for their efforts and shared the frustrations as vans were unable to get through either.

The council is in the process of replacing its refuse and recycling fleet.