The Conservatives have raised critical questions about the finances of publicly funded major projects in Brighton.

The party has called on the Coast to Capital Local Enterprise Partnership (LEP) to revisit the business case for one project in particular in light of a significant change of circumstances.

And a councillor has sent a copy of his request to a senior Conservative cabinet minister, Robert Jenrick, the Housing, Communities and Local Government Secretary.

Councillors Steve Bell and Lee Wares are concerned that £12 million awarded to help fund work on a conference centre and concert venue at Black Rock is now at risk.

They said that Brighton and Hove City Council was banking on the money to pay for work at nearby Duke’s Mound.

They also believe that the work at Duke’s Mound is vital if the controversial project known as Valley Gardens Phase 3 is to meet the terms of its £6 million grant from the LEP.

The Valley Gardens project involves remodelling the roads and green spaces between The Level and the seafront by the Palace Pier.

Phase 3, which includes revamping the Old Steine road layout, has proved controversial, in part because it includes plans to replace the Aquarium roundabout with traffic lights and to make Madeira Drive one-way – entry only – by the pier.

Councillor Bell, leader of the Tory group on the council, said that he welcomed the large sums invested in Brighton and Hove by the Conservative government.

But he said: “It is important that the council is able to justify what taxpayers’ money is for and how it is spent.”

He said that the Black Rock funding was for a particular purpose. But now that the council and its investment partner Aberdeen Standard Investments had put their plans on hold, the funds were at risk because they were meant to be spent by March next year.

Councillor Bell added: “It is perfectly reasonable for the council to wish to spend the money on regeneration but as the proposed expenditure is not detailed or justified in the original business case there must surely be an obligation on the council and the LEP to revisit the document.

“This should include an opportunity for the public to scrutinise and for the finances to be proven to stack up.” 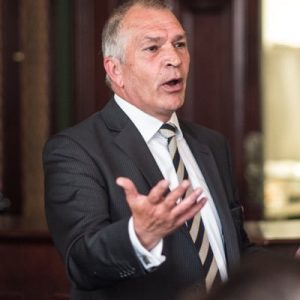 Councillor Wares, who speaks for the Tories on the Environment, Transport and Sustainability, said: “It seems that when Black Rock was going to happen, modification of Duke’s Mound was going to be slipped in under the guise of Black Rock’s regeneration.

“The business case for Valley Gardens Phase 3 excluded Duke’s Mound and the Black Rock business case only mentioned it resulting in no financial, environmental or transport assessments being considered.

“We simply do not know what the impact will be on any level.

“For both projects, the government awarded the city over £18 million.

“It is now time for the council to be open and clear about why it wants to spend the money and justify to the public and government that the investment provides value for money and contributes to the city’s economic growth.

“The council cannot just shift cash about or change projects beyond the recognition of the original business cases.”