Brighton golf course to be ‘rewilded’

Campaigners calling for the rewilding of two council-owned golf courses in Brighton look likely to get their way with one course at least.

Environmentalists greeted councillors with a samba band outside Hove Town Hall before a meeting when they called on Brighton and Hove City Council to “rewild now”.

Labour and Green councillors backed the “rewilding” of Waterhall when the council’s Tourism, Equalities, Communities and Culture Committee met on Thursday (16 January).

The committee was told that a community interest company wanted to take on the site.

Members recommended that colleagues on the council’s Policy and Resources (P&R) Committee opt for rewilding at Hollingbury – or at least encourage an element of rewilding if the golf course there remains in play.

The P&R Committee is due to make the final decision on Thursday 23 January.

If the council receives no viable bids to run Hollingbury, Green councillors said that the site should be rewilded and they asked for annual reports into the rewilding process.

The debate came up because the council’s 10-year contract with Mytime Active, the current operator of both golf courses, expires at the end of March.

Three petitions were presented to the committee, with golfers from each course aiming to preserve them, and the third petition came from Extinction Rebellion (XR) environmental campaigners. All asked for a pause in proceedings.

He told the committee that the proposed 25-year leases would be too long.

Mr Benatt said: “XR Brighton hold a vision to work together beyond politics to realise the downland with an active programme of habitat restoration contribution to carbon capture and reconnecting our city community with nature through fair and free access.

“Let’s seize this once-in-a-lifetime opportunity. Business as usual is not an option. This is an emergency. We need to act now.” 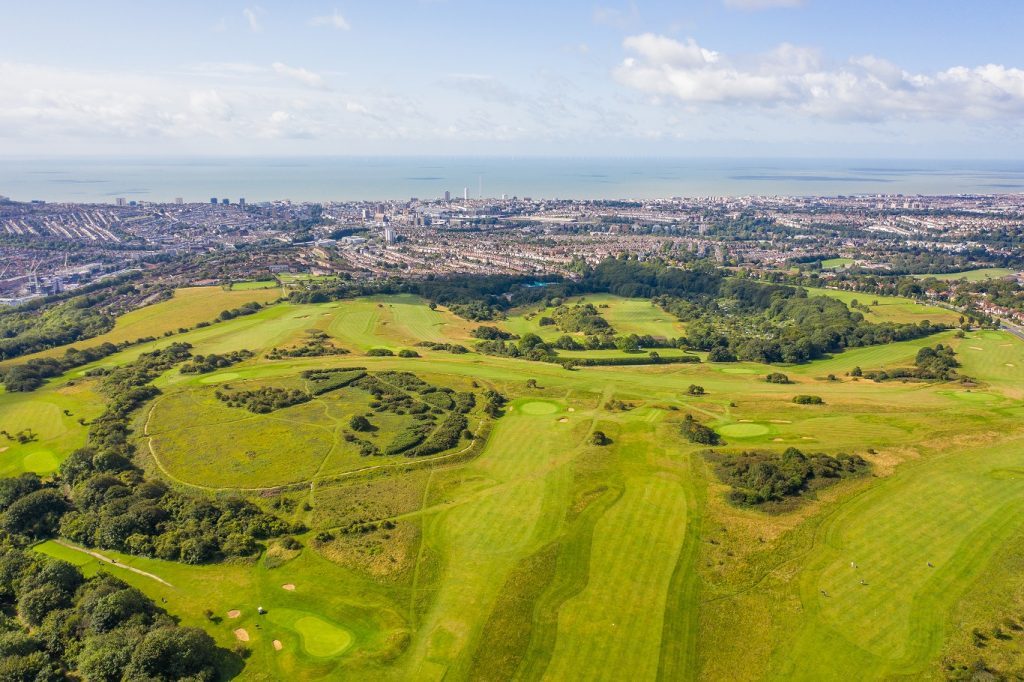 Hollingbury golfer Matt Shimmans said that there were many misconceptions about golf being a minority game for the rich.

The number of season ticket holders at Hollingbury had improved in the past year.

Mr Shimmans said: “Despite the expiry date of the current agreement being known for 10 years, we seem to be in a position where the future is uncertain with weeks remaining.

“This uncertainty probably has the greatest impact on the fantastic staff who work at Hollingbury and help to make it what it is today.

“These people face the prospect of being unemployed and, in the case of one, potentially losing where they live.”

Mr Shimmans told councillors that the club worked with the Golf Foundation to provides coaching and playing opportunities to children and families and worked with Albion in the Community and local schools to encourage young people into the game.

Waterhall Golf Club president Budd Evans told the committee that the course had wild areas and attracted a wide variety of wildlife from deer to green woodpeckers.

He questioned how fencing off areas for sheep and cattle grazing would affect the wild deer on the course.

He said: “It is predicted British winters will be wetter.

“If Waterhall closes, will people in five or ten years be asking how could the council be so blind as to shut the pre-eminent golf course in Sussex that can cope with heavy rainfall.”

Green councillor Marianna Ebel criticised the rushed nature of the process saying that the council had known for years that the leases would end in March.

She said that the wider community wanted to see rewilding but also felt that the golfers should have been consulted along with organisations such as Sussex Wildlife Trust.

Council Ebel said: “Too much focus has been put on financial viability and not enough focus on social and ecological value.

“As a result the in-house bid had no chance of being shortlisted. It was dismissed early on due to not being able to compete financially with the commercial bid.”

Conservative councillor Robert Nemeth spoke up for Waterhall, saying that the golfers there had the most to lose.

He said: “While there is plenty of scope for rewilding, working with golfers, it must be said that it is in a much more natural state than might be imagined. Certainly more so than the city’s parks.

“Moles, rabbits, badgers and foxes take adgantage of the chemical-free environment, though may not fully appreciate the views, which are breath-taking.”

Fellow Conservative councillor Mary Mears was concerned that Waterhall could be sold for development.

She said: “We also need to recognise older people, some in their eighties, go and play golf.

“If we as a council want to ensure people’s wellbeing and don’t want more pressure on adult social care, the more people stay who young and active, the less the pressure on council finances.”

Conservative councillor Dee Simson was greeted with loud applause from the public gallery when she said that the whole process had been too rushed.

She criticised the length of the contracts, saying that 25 years for a company looking to rewild Waterhall Golf Club was too long.

Councillor Simson said: “It’s a quarter of a century. It should be one to three years or five to ten years.

“I am concerned somewhere down the road there will be a funding problem.”

Labour councillor Nick Childs was also applauded when he said that he agreed in principle with his Conservative colleagues’ call for one of the sites to remain a golf course as he felt that it was really important.

He said: “Provision of leisure facilities, particularly when they are financially accessible, are critical for the health and wellbeing of people in our city.

“They are an important tenet of the type of municipal socialism I support, which was ironically pioneered by the Conservative Joseph Chamberlain himself.”

He said that Hollingbury Park had been a golf course for 112 years so it was not as though the council had recently turned a wild space into a course.

Labour and Green councillors voted to request annual reports into rewilding and use of a proposed education centre.