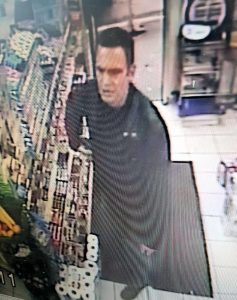 The force published a security camera image of one of the suspects and said: “Police are appealing to identify this man after an elderly man was defrauded of £750 in Hove.

“On (Friday) 10 January, the 90-year-old victim was targeted by two suspects purporting to work for a drain company.

“The victim believed that they were legitimate as the suspects had ID badges.

“The suspects asked the victim to hand over his bank card and pin number to pay for the service.

“The suspects left the address with the first bank card withdrawing money and later returned requesting further cards and bank details to which victim complied with.

“Police want to speak to this man in connection with the incident.