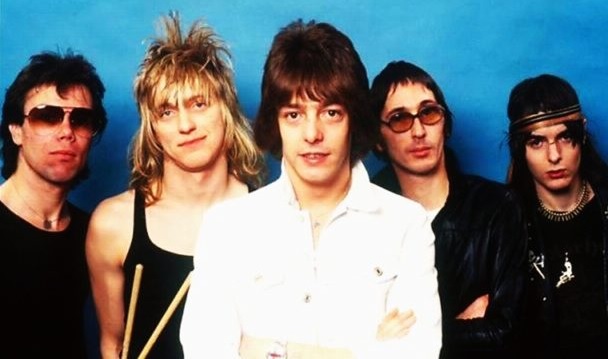 Eddie & The Hot Rods back in the day!

Eddie & The Hot Rods are out on the road in 2020 in memory of their legendary lead singer, Barrie Masters, who sadly passed away in October 2019. There will be no less than 18 concerts taking place in England and two of those will be in Sussex.

Playing as The HotRods as a mark of respect, the shows will see bassist Ian ‘Dispter’ Dean take on the duty of lead vocals. With drummer Simon Bowley, and guitarist Richard Holgarth, this lineup of Eddie & The Hot Rods backed Barrie Masters for nearly 20 years, making them the longest serving lineup in the band’s long history.

Special guests on all 18 dates will be Department S, who formed in early 1980, their first single ‘Is Vic There?’ was a massive hit later that year. A second single ‘Going Left Right’ also made the UK top 40.

I was fortunate to see both bands perform live in Brighton, when they were amongst the many acts at the Undercover Festival that came to Brighton Racecourse on 9th & 10th September 2016. Back then I reported…. “I heard certain songs I thought I had no chance of ever hearing live – songs like ‘Is Vic There?’ by British post-punks Department S, ‘Tom Hark’ by the ska-influenced Piranhas Four and ‘Do Anything You Wanna Do’ by Eddie & The Hot Rods. I mean, these songs are legendary and can usually be found on the latest indie music compilation CDs”.

The new Sussex concert dates are on 6th June at the popular ‘Glastonwick’ Festival which is a three day event held at Coombes near Lancing (from 5th to 7th June); and also on 19th June at Patterns in Brighton.

The official ‘Glastonwick’ Festival ticket link and website will be updated on Monday 3rd February and so you should be able to grab your passes then. The festival is celebrating its Silver Jubilee, but it’s certain that the Sex Pistols won’t be sailing down the River Adur in celebration! You can also check out the details on The HotRods website HERE and also for the Brighton date, click HERE.

See the ‘Glastonwick’ poster at the foot of this article for the full three day lineup. 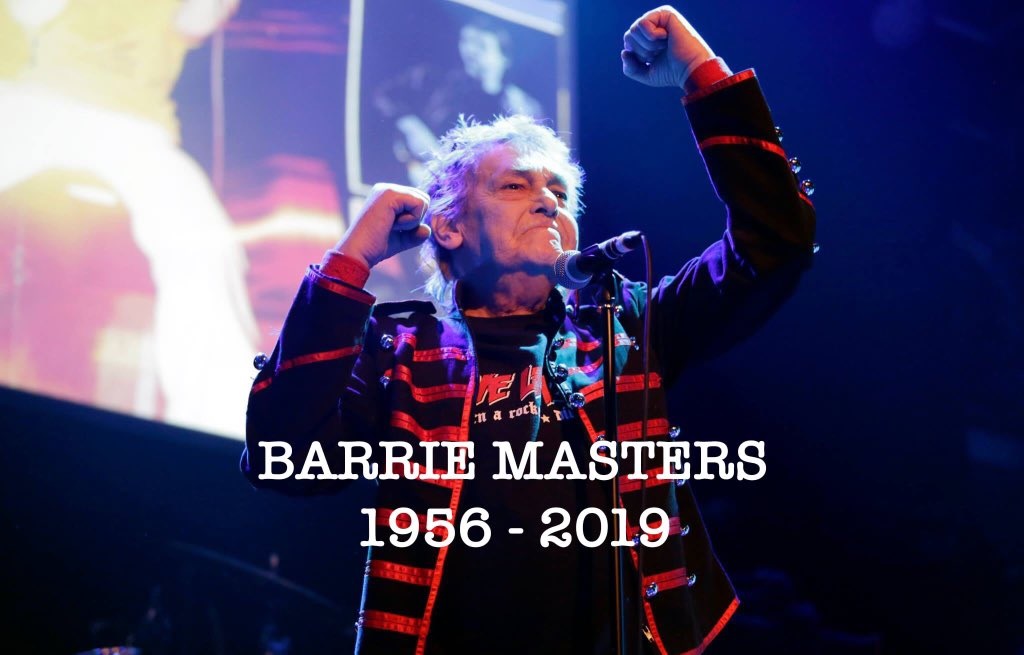 Background information on The HotRods:

Many people remember Eddie & The Hot Rods for their hit single ‘Do Anything You Wanna Do’ which in 1977 spent the whole of the summer in the top ten. Some will remember them for being the first UK band to be labelled ‘Punk’ by the music press. Some may remember the record breaking consecutive sell out shows at the famous Marquee Club, but pretty much everybody remembers them as one hell of a live band.

A year or so before the Sex Pistols, The Damned, The Clash etc etc formed, Eddie & The Hot Rods were playing their high energy, no frills style of music to sell out venues. They influenced a generation of teenagers hungry for something real and achievable.

Since the original lineup split in 1979, there have been many changes, but only one lineup has been willing to work hard and make Eddie & The Hot Rods the band they were back in those crazy days of Punk Rock.

For the last 18 years Barrie, Simon, Dipster, Richard and Chris have toured relentlessly, eventually tours in the USA, Asia, Scandinavia, Europe and Russia became a yearly routine. New albums recorded and a huge arena tour opening for rock legends Status Quo in 2012 proved Eddie & The Hot Rods were once again up there with the best .

In 2018 it was clear that Barrie Masters health was bad and he was diagnosed with COPD (Chronic obstructive pulmonary disease), later that year the band announced that 2019 would be their last and Barrie would retire.

2019 saw the band play alongside Stiff Little Fingers. They also played a special London farewell show with a few famous special guests and Barrie picked up a lifetime achievement award at the ‘Vive le Rock’ awards. Tragedy struck in October that year when Barrie Masters unexpectedly passed away, tributes flooded in as the news broke.

After the funeral the remaining Hot Rods were overwhelmed by messages of support from fans urging them to carry on and Barrie’s family decided that they would do a memorial tour, playing as The HotRods as a mark of respect. 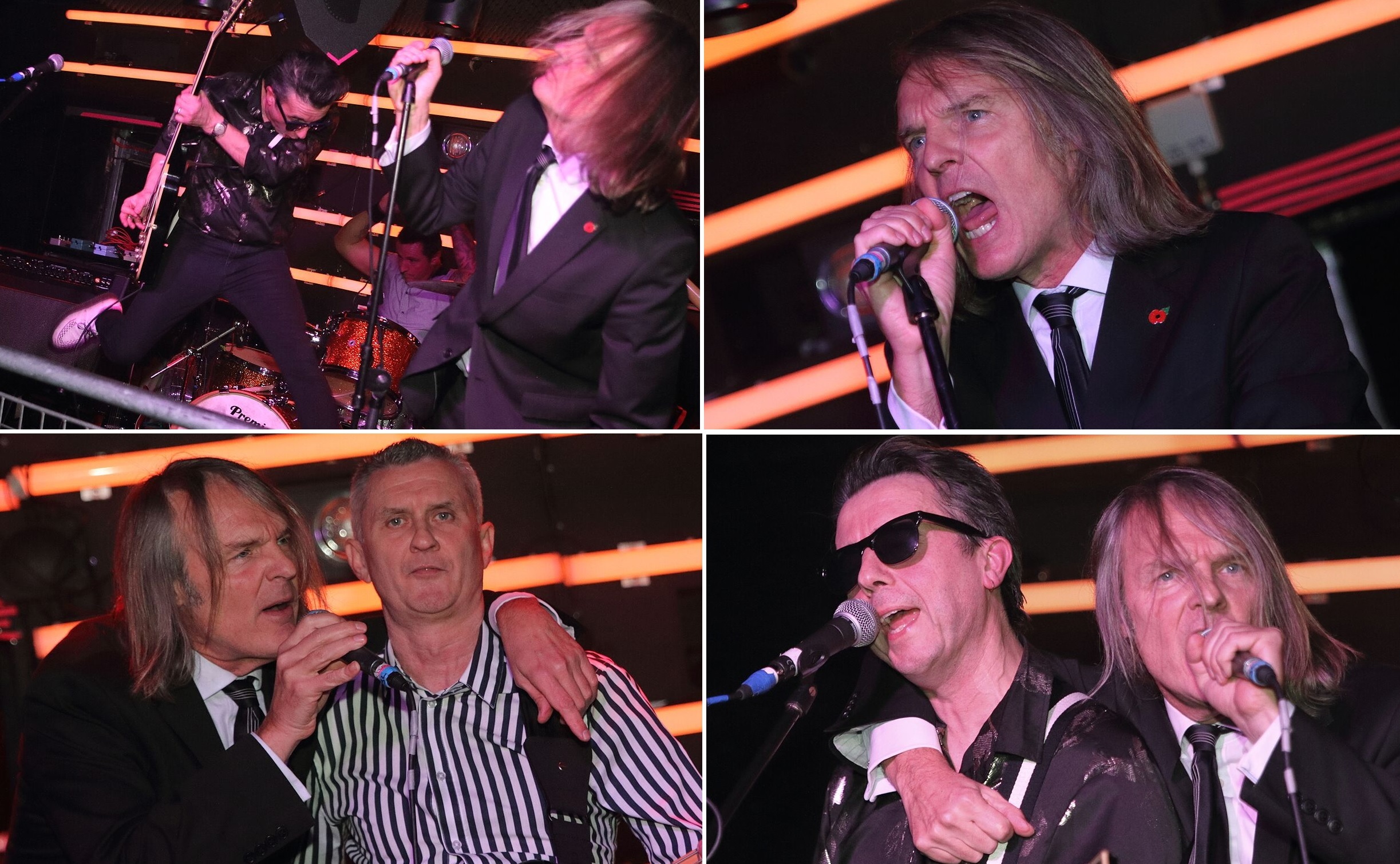 Department S are a post punk/New wave band that formed in 1980. They scored two top 40 hits with their first two single releases. Their first single, ‘Is Vic There?’, was released in December 1980. Produced by Mott the Hoople members Buffin and Overend Watts, it was a hit across the UK and Europe.

A follow-up single ‘Going Left Right’, was released on the Stiff Records label and gave the band their second top 40 hit single .Whilst the third single ‘I Want’ didn’t sell as well in the UK, it was a hit in many European markets. Differences of opinion with their record label, resulted in the band splitting from Stiff Records, but not before £50,000 was reputedly spent on what was to be their debut album, unfortunately the band split shortly after.

Original keyboard player Eddie Roxy went on to form the band Dream Sequence and had a hit in Europe with the single ‘Outside Looking In’.

Department S reformed in 2006 with original members Herbage, Mizon, Taylor and Roxy. Eddie Roxy taking over the role of vocalist as Vaughn Toulouse had sadly died back in 1991.

Their 2010 single ‘Wonderful Day’ featured on a TV commercial and had guest appearances from Marco Perroni (Adam & The Ants and The Models band member) and Glen Matlock (former Sex Pistol). In 2013 Mark Taylor stepped down as bass player and was replaced by former Public Image Limited/Brian Brain/Cowboys International bass man Pete Jones. 2015 saw Mizon step down and Alex Lutes and Phil Thompson joined the line up. September 2016 saw Department S release the 3rd Department S album ‘When All Is Said And All Is Done’ along with a single of the same name, both the album and single received rave reviews. October 2017 saw the release of another long player ‘45 Revolutions (Singles 1980-2017)’.

Live shows across Europe and UK pairing Department S with Ian Hunter (Mott The Hoople), The Mission, Eddie & The Hot Rods, Ruts DC and The Mission to name a few, proved that Department S are much more than a name from the 1980’s, they are one of the finest bands around. 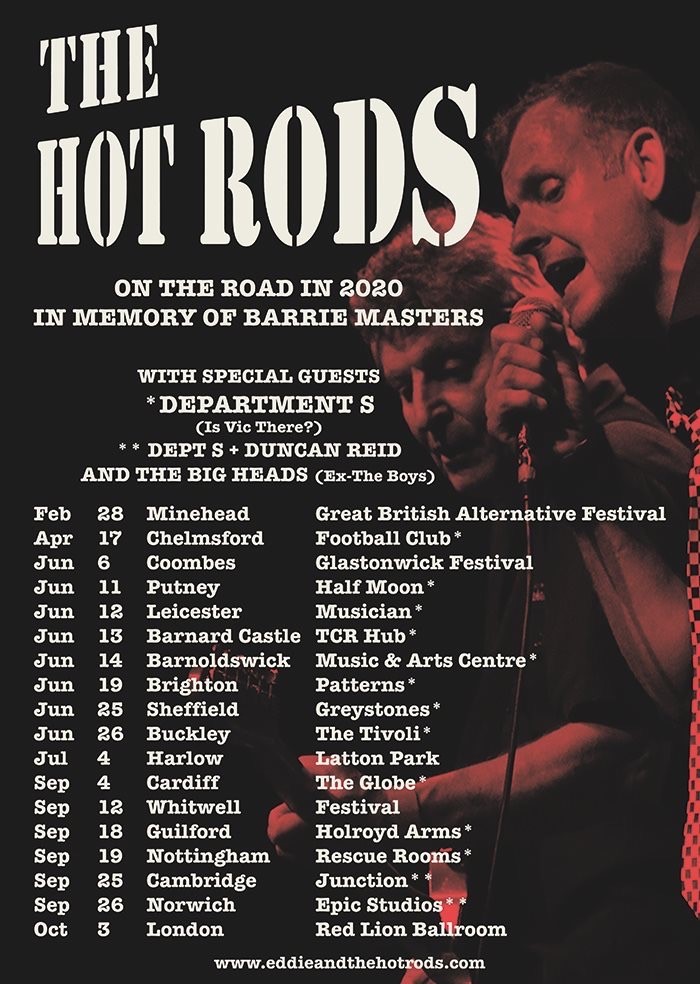 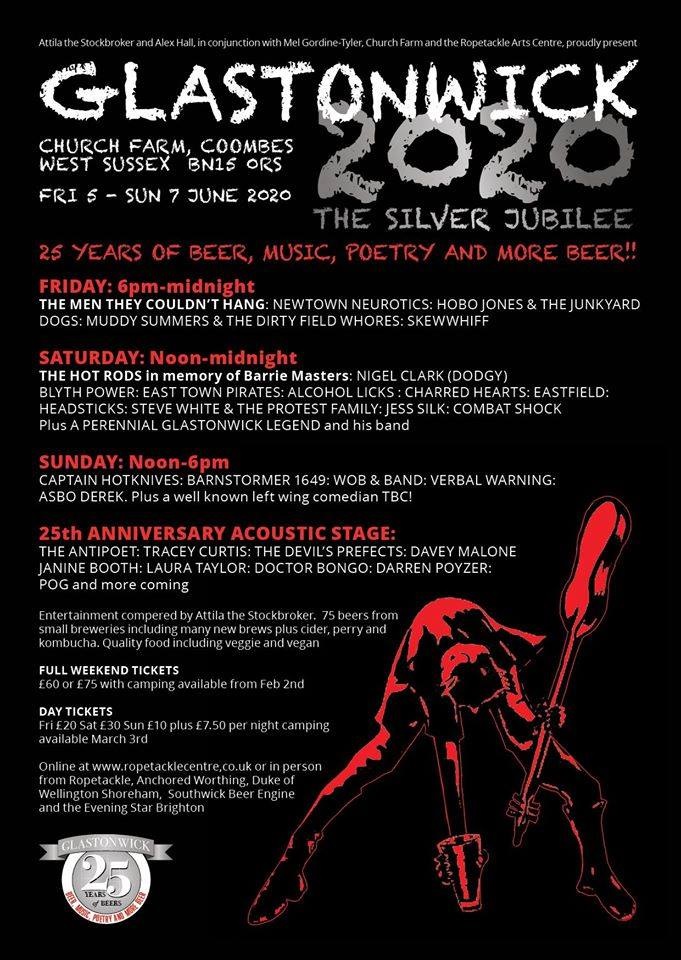