The Curry Leaf Café has blamed rising costs and competition from the big chains as it closed its Brighton station kiosk yesterday (Saturday 25 January) after four years. 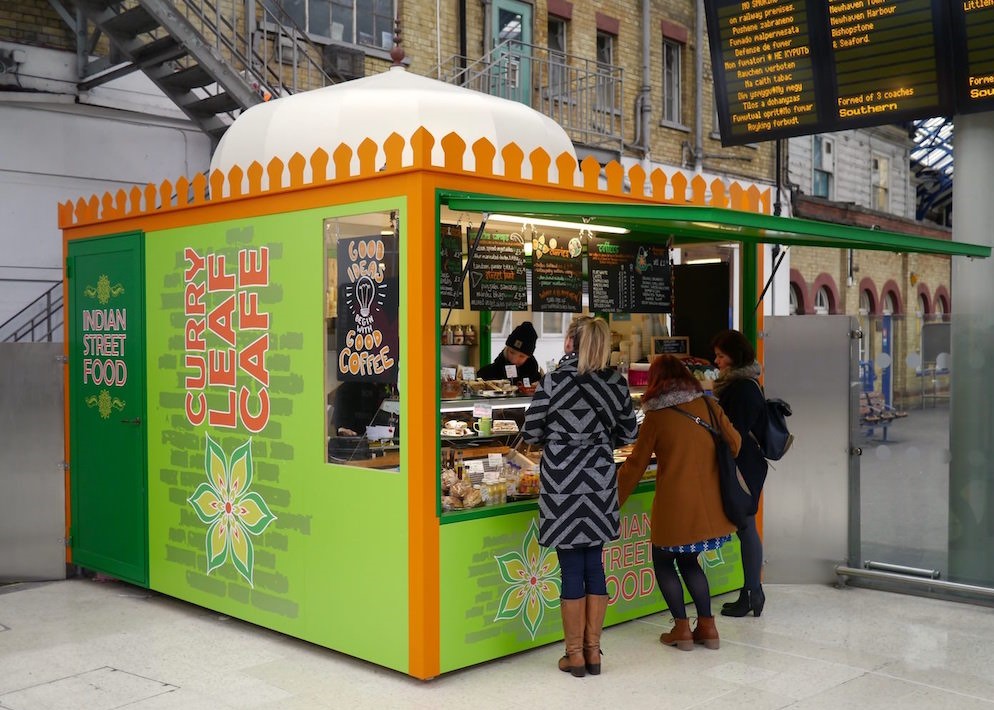 The original Curry Leaf Café started almost six years ago – in April 2014 – and, in January 2016, the business opened its South Indian street food and craft beer kiosk at the station.

The kiosk also offered a range of hot drinks as well as Indian pastries, wraps and curries.

But the owners said that market conditions were getting tougher while operating costs were going up.

Curry Leaf Café founder and commercial director Euan Sey said: “We’d just like to say a huge thanks to our managers Ellie and Aga and their brilliant team of baristas and wrap-rollers, who’ve together served more than 1.5 million people since we opened the kiosk four years ago – always with a smile, no matter how early the morning or long the day.

“We’d have loved to keep the operation going but sadly rising costs and increased competition from the large chains made continued trading at that location unsustainable.

“As ever, you’ll still be able to get your Curry Leaf Café fix at our two restaurants in the city, including our new-look cafe in The Lanes – and of course order our street food and curries for home delivery via Deliveroo.

“The restaurant and street food sides of the business have always been kept entirely separate and the two cafés are thriving despite the difficult climate faced by the casual dining sector.

“We now plan to turn our full focus on making them even more successful while exploring potential sites for our first Curry Leaf Café outside Brighton.”