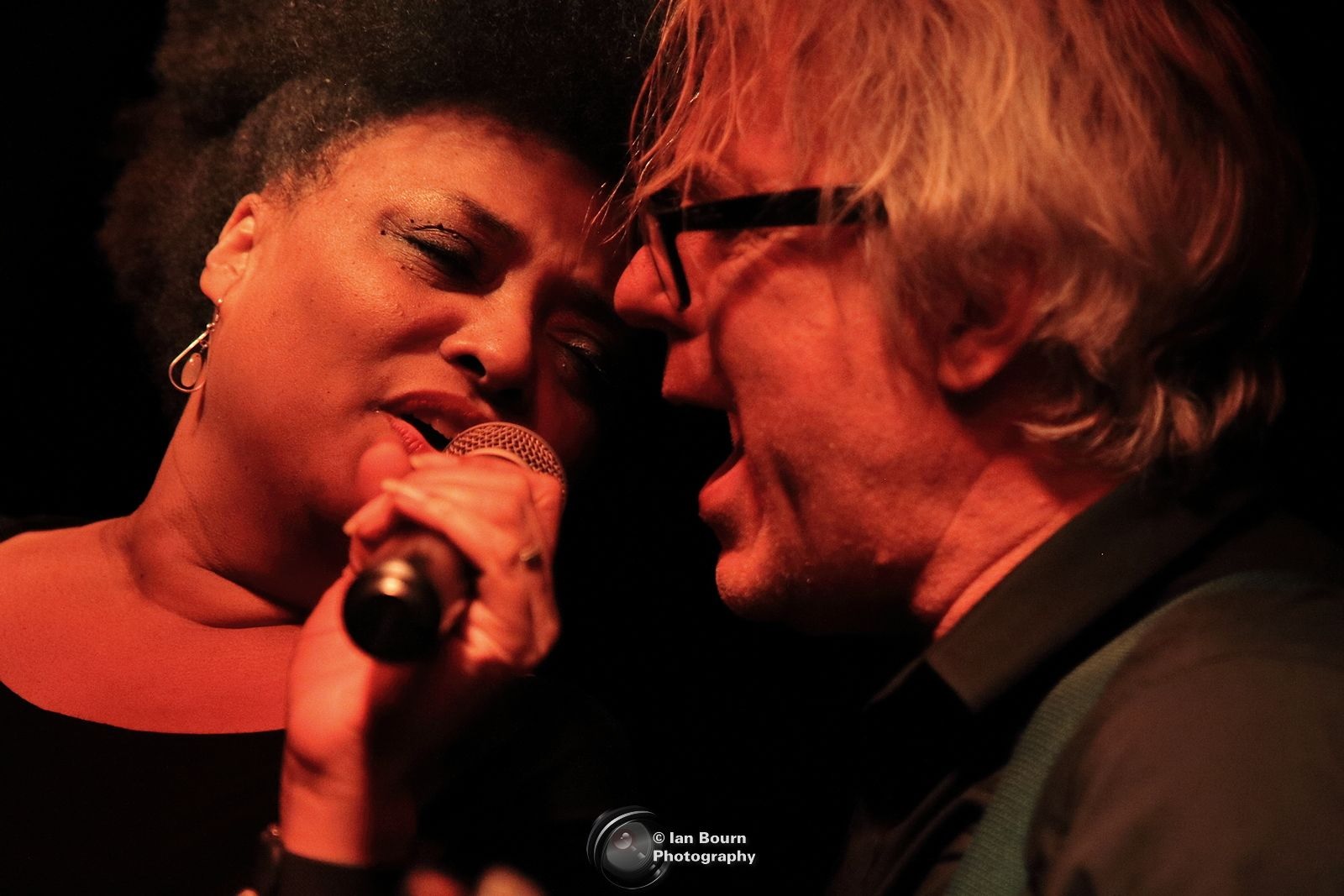 Well that was a successful night out, three bands on one roster at The Prince Albert, Brighton with an absolutely jam-packed venue to welcome these indomitable Americans The BellRays and their support act Los Pepes, alongside homegrown ad hoc outfit Thee Sherbert Peardrop Explosion. 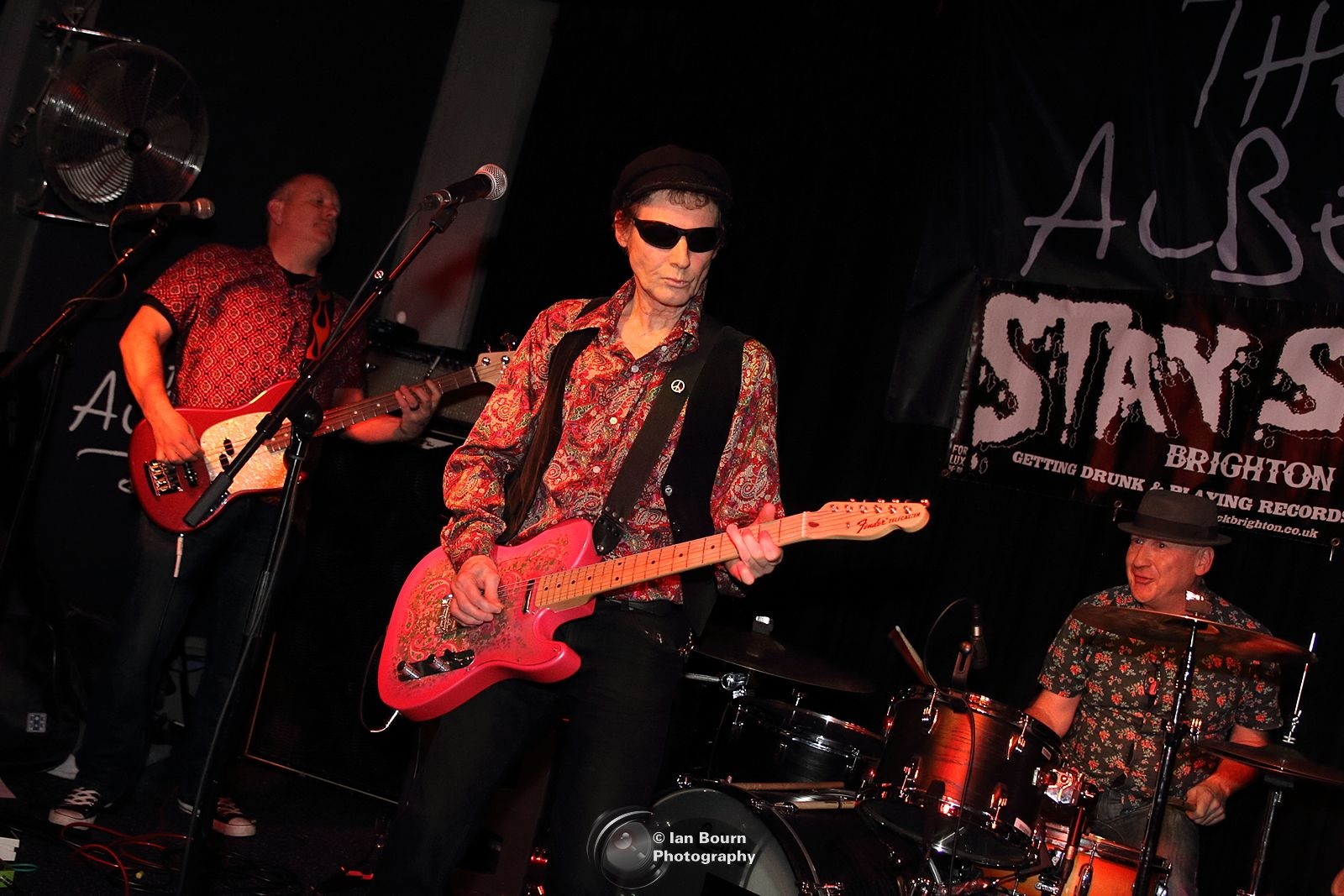 Gig openers Thee Sherbert Peardrop Explosion boasting the Prince Albert’s own legendary Will, features members from other bands Surfin’ Lungs, Los Fantasticos, The Squadron Leaders (love those guys!) and The Delmonte 3 on a trip back to the seedier side of the 60’s to play some of their favourite garage punk bubblegum rock’n’roll songs from that era. 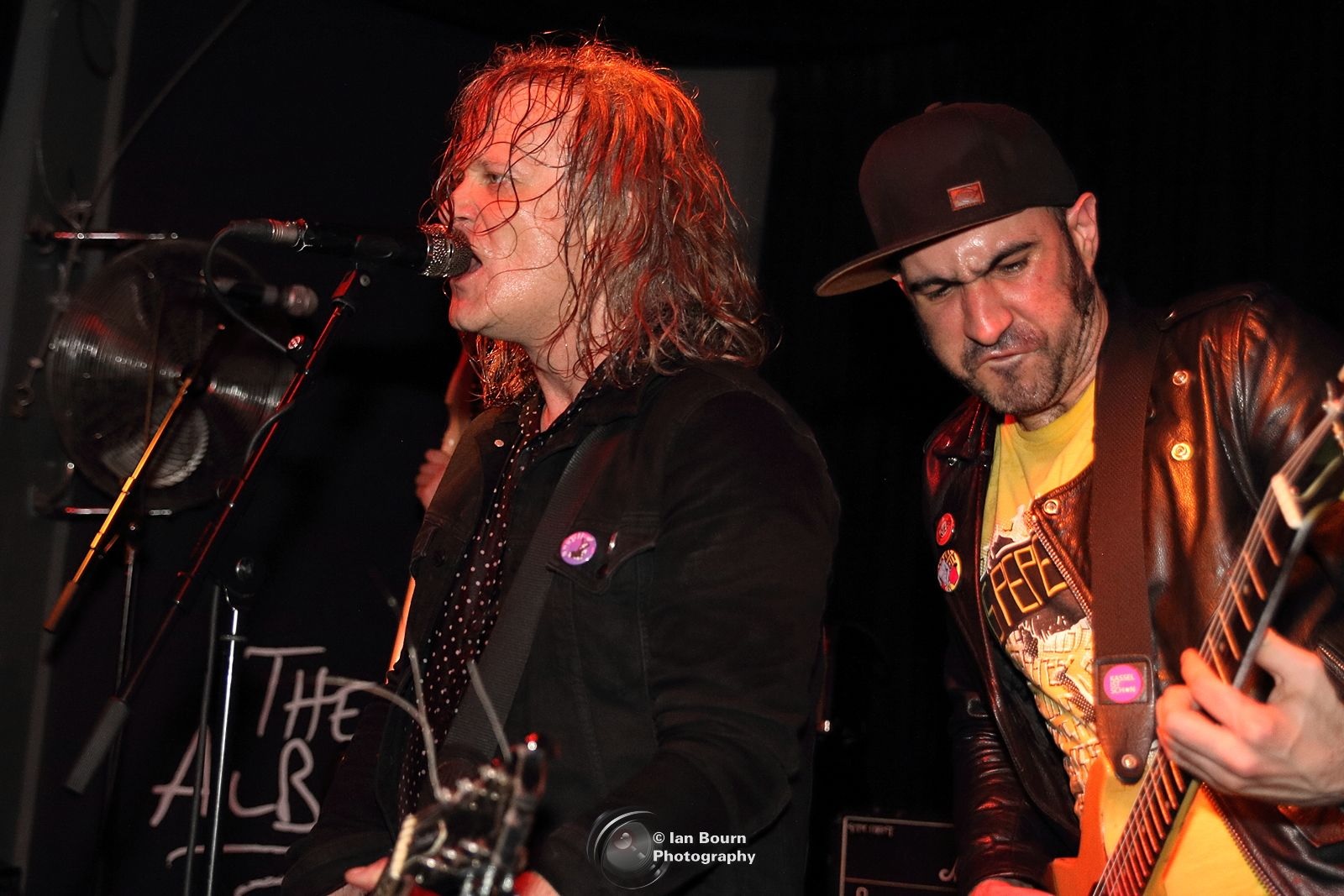 Los Pepes (AKA ‘The loudest powerpop band on earth’) came on to much acclaim. Formed in London by musician Ben Perrier, Los Pepes is an international organisation including performers from UK to Japan, Brazil to Poland. This outfit really blew everyone away at the venue, figuratively and literally, with the loudest punk rock in town – my ears are still ringing!

Los Pepes setlist reads:
‘Guilty Pleasures’
‘Still Belong To Me’
‘Positive Negative’
‘Anyway’
‘Unknown’
‘The Trap’
‘Mean It At The Time’
‘Automatic’
‘Tonight’
‘Too Late, Too Late’
‘I Ain’t The One’
‘Action’

Check out Los Pepes on Bandcamp and on Facebook. 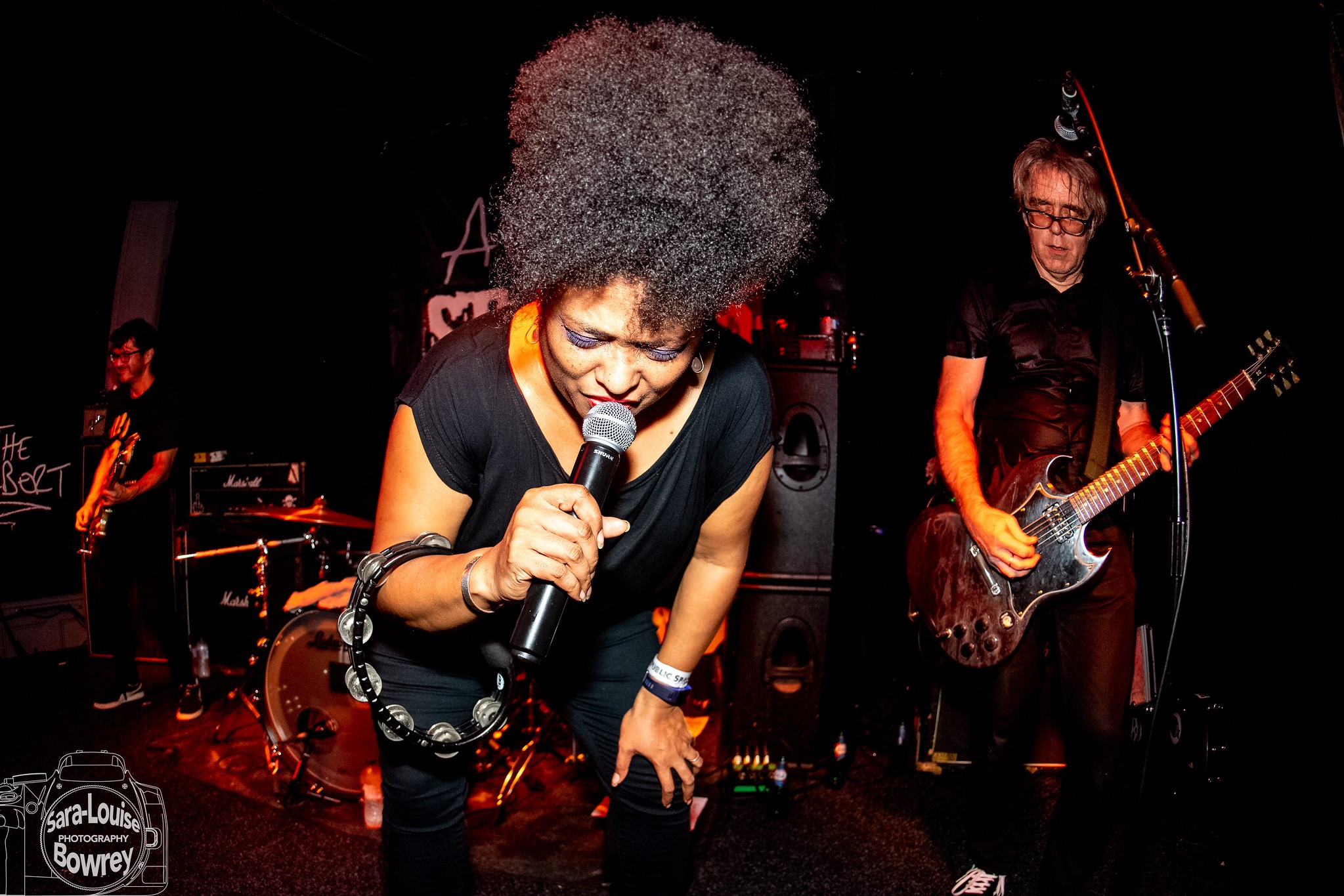 I went along to this gig being new to headliners The BellRays, despite the fact that they formed nearly three decades ago in 1990 with lead singer Lisa Kekaula and husband and guitarist Bob Vennum. They’ve released 11 albums and EP’s in that time. I see this ignorance as my omission rather than theirs, especially given that they have played with illustrious company on other projects too, with Lisa performing vocals on Basement Jaxx tracks, and as guest vocalist with Detroit punk legends The MC5.

This self styled punk-rock-and-soul group, embraces so many musical influences. As the band say themselves “Blues is the teacher… Punk is the preacher”, that gives you a pretty good idea of what they’re about!

The BellRays set opened with ‘Bad Reaction’ and then ‘Mine All Mine’ which is a storming rock n roll number, which really showcased the singer’s powerful pipes before moving on to ‘Every Chance I Get’, an opportunity to show their blues and classic R n B vibe. Each track was a walk through the band’s varied tastes and some great musical influences. I could hear shades of ’70s Rolling Stones, a night at Harlem Apollo, some tones of ’90s indie music, Tina Turner for the powerful voice of this singer, and echoes of Sonic Youth thrown in for good measure.

I was impressed with drummer ‘Dusty’ Watson’s cymbal repair job whilst playing one handed during ‘Everyone Get Up’ and then a really infectious evocative ‘Junior High’, a high skool rock anthem with Ramones undertones sung by The BellRays bassist. This was followed by an unexpected Kazoo accompaniment from Lisa K on ‘Shake Your Snake’ and topped off with an epic drum solo from Dusty which the crowd showed much appreciation for. They have some stamina!

‘Never Let A Woman’ brought a vocal turn from Bob Vennum with a nod to some ’80s R n B before some audience participation with the following track ‘Now’. This group certainly know how to make a gig go with a bang and the crowd really gave up some love for this Stateside group. ‘Black Lightning’ was like a Blues Brothers explosion and just the sheer energy of the four piece was stunning to watch. This band really know their stuff.

The show was packed to the rafters with a mixed group of ages and types reflecting the sheer diversity of influences of the lead act.Young women wearing IDLES t-shirts, punks, surfer types, and students all bursting with energy and enthusiasm for this impressive gig. The gig goers were a broad church that engaged so many from a sheer love of music.

Not heard them yet? Check them out on Spotify, or better still buy the latest album ‘It’s Never Too Late To Fall In Love With The BellRays (New, Rare & Unreleased)/Introducing Lisa & The Lips’ (2019) to really give your ears a treat! 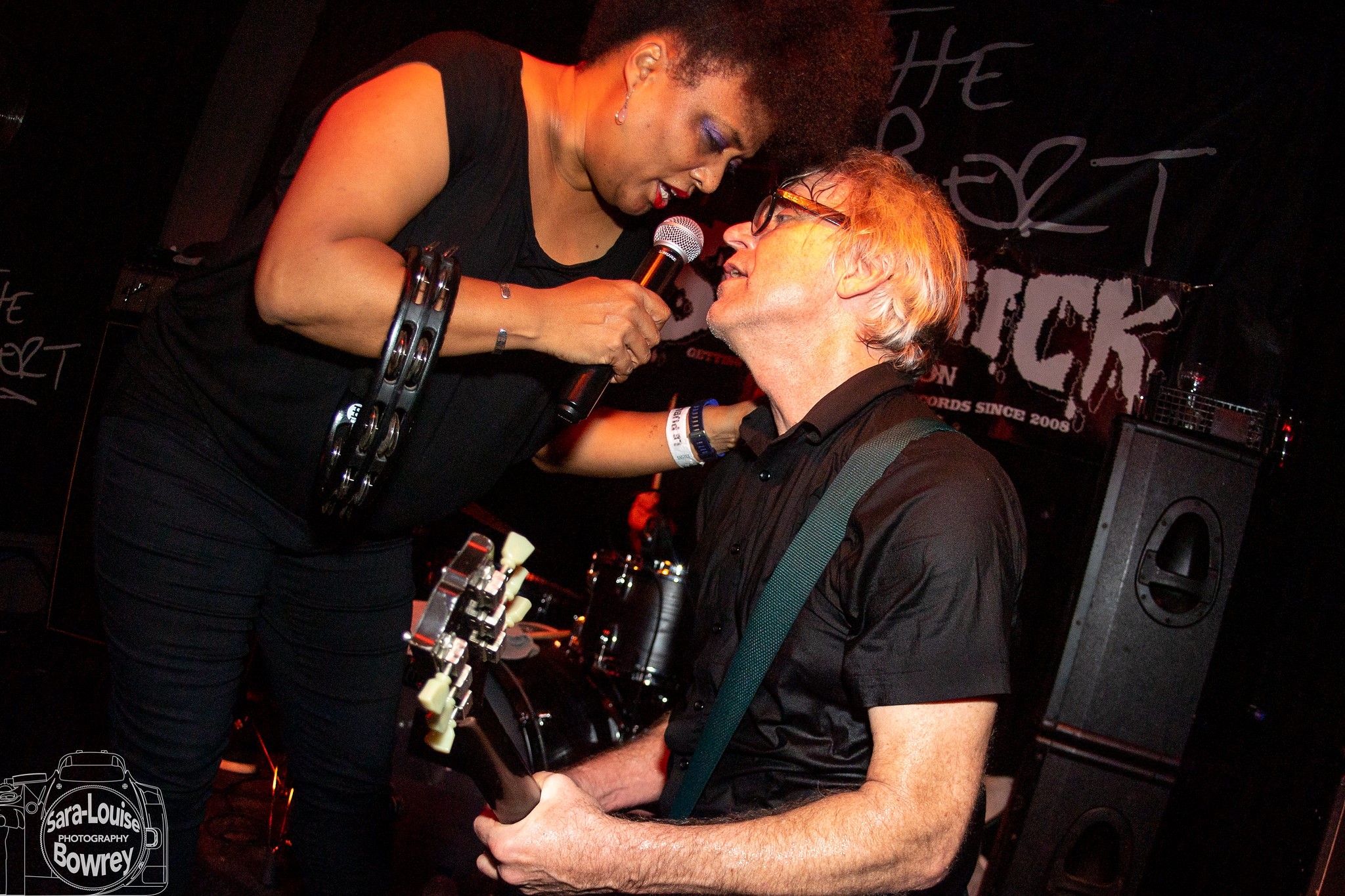 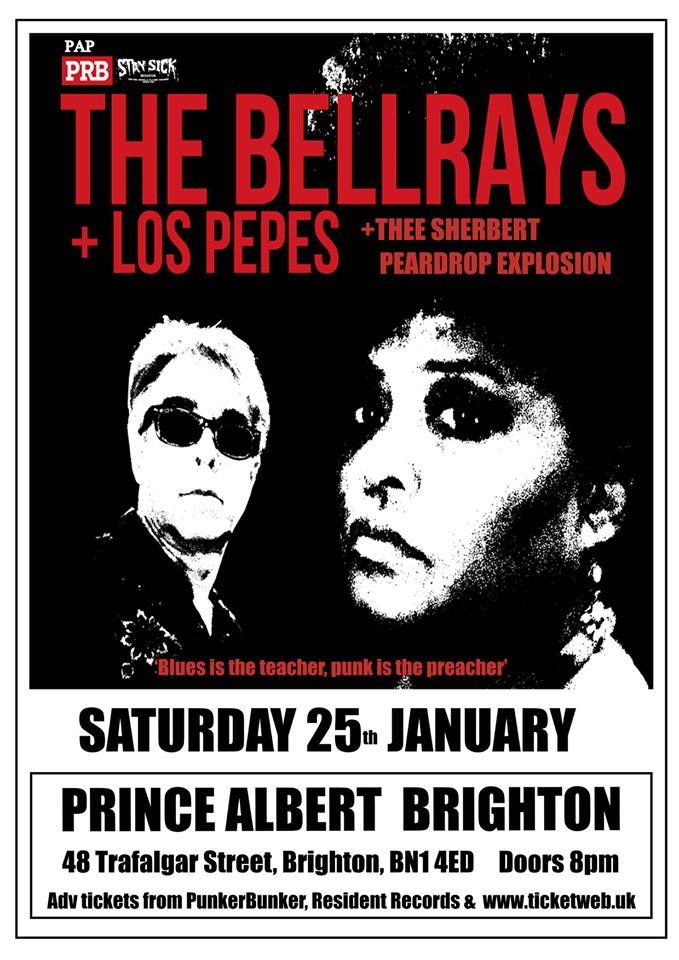 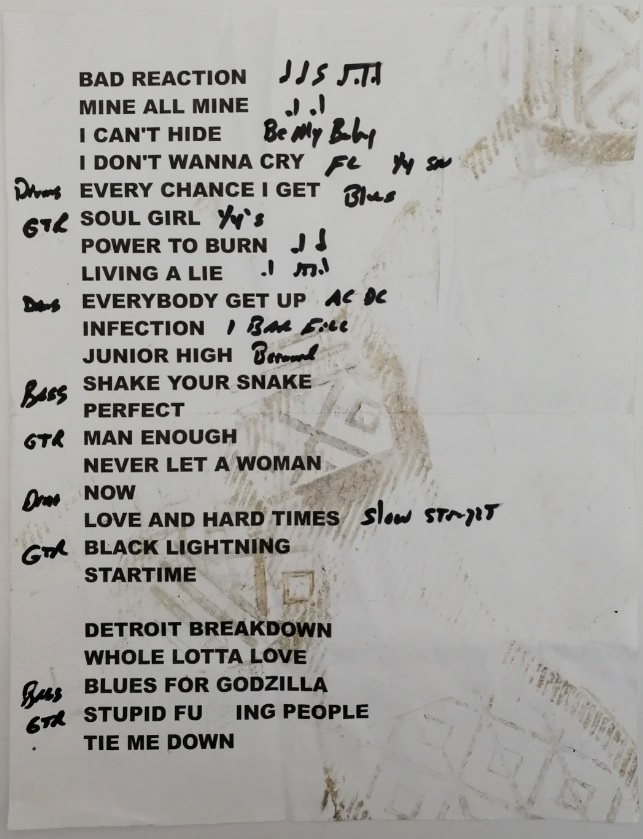 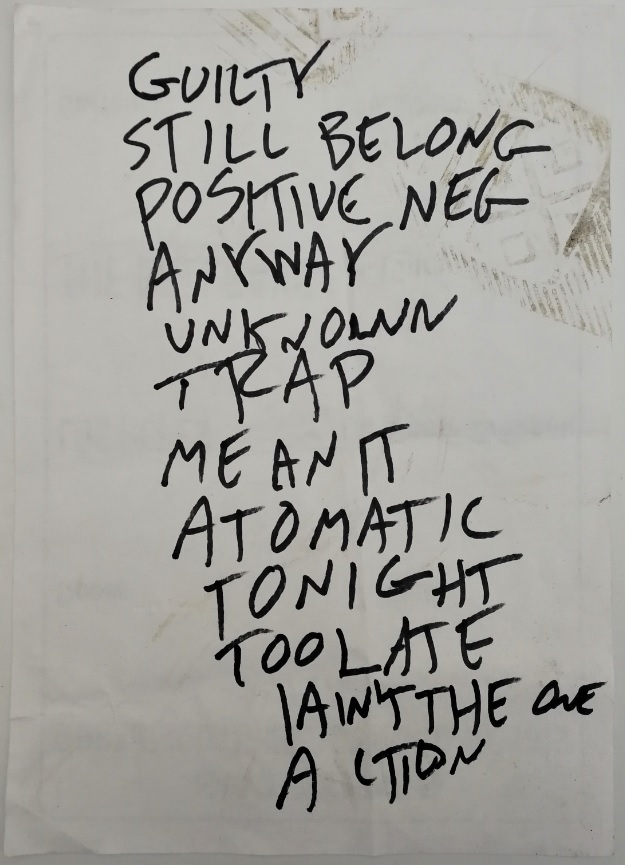 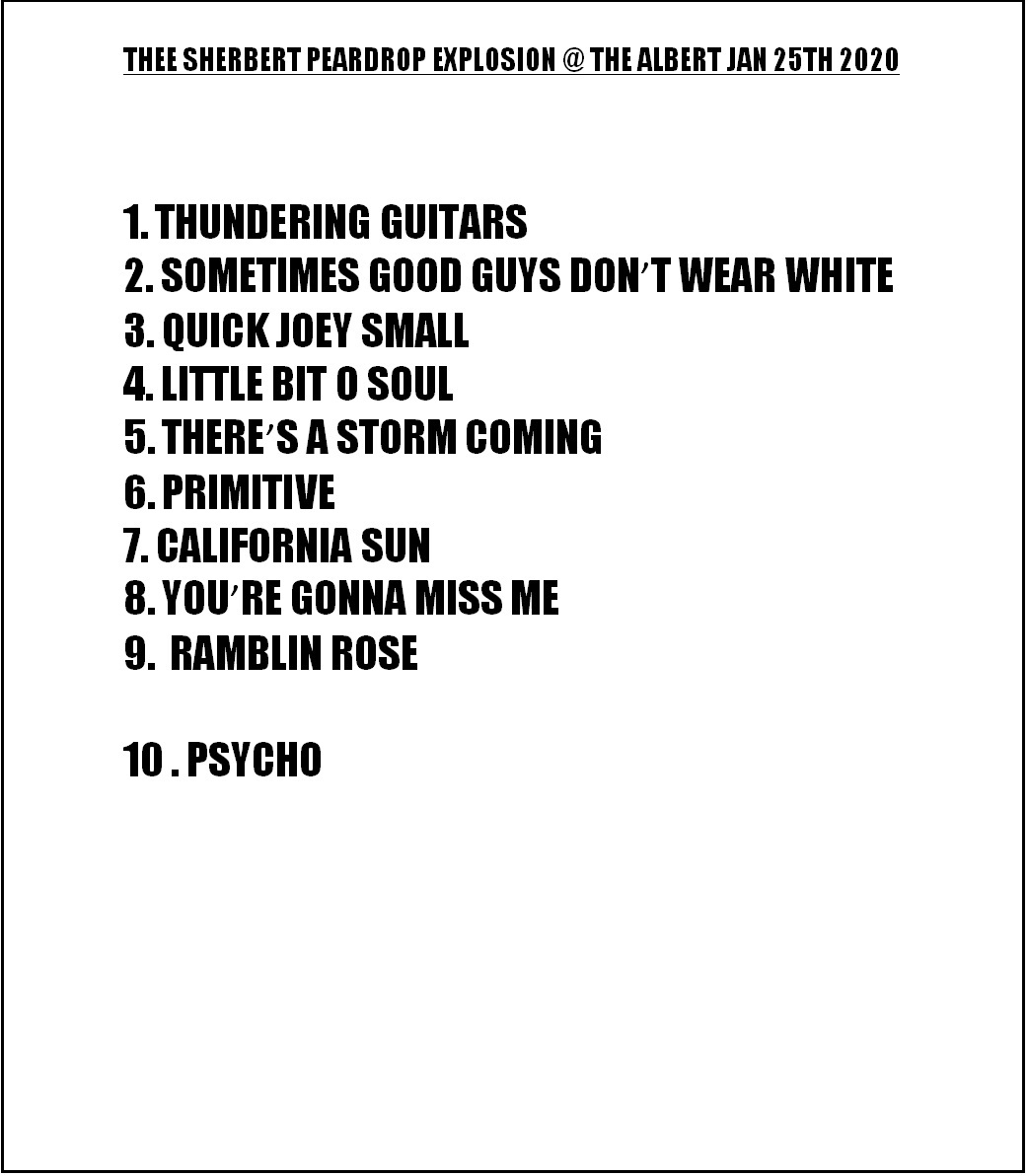