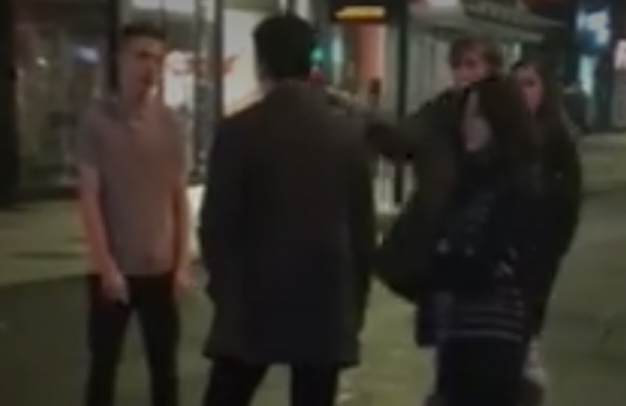 A teenage thug has been re-sentenced after a member of the public complained that he got off too lightly – but only because this led to the discovery that he’d been sentenced too harshly.

He was finally sentenced by Judge Stephen Mooney on 22 October last year – just three days after he turned 18.

He was then given a two-year sentence suspended for two years while Barrett, 19, was jailed for 21 months.

Garrett’s sentence was first revoked in December last year when it emerged that he was awaiting trial for an unrelated offence. Those charges have since been dismissed.

In the meantime, the member of the public complained to the Attorney General’s office and, while reviewing the case, officials found that Garrett had been sentenced as an adult.

Sentencing guidelines state that a defendant must be sentenced on the basis of how old they were when they were convicted.

Garrett was only 17 on Friday 16 August last year when he pleaded guilty to the attack.

At at Lewes Crown Court on Tuesday (28 January), Judge Mooney said that he “apologised profusely” for his mistake and he took some time drafting a new sentence, with input both from counsel for the Crown Prosecution Service (CPS) Piers Reed and Sarah Taite for Garrett.

Judge Mooney said: “This has resulted from a potential reference to the Attorney General. The Court of Appeal isn’t going to be terribly impressed.”

He added: “This is triple jeopardy – this is in effect the second time the sentence has been reviewed and the third time he has faced the loss of liberty.

“I’m not going to deprive this young man of his liberty at this stage.”

Miss Taite said that although Garrett had not carried out any of the unpaid work or rehab days required by his sentence, because it had been put on hold, he was co-operating with probation.

She said: “Broadly he has been meeting with probation weekly. He’s built up a very good relationship with his probation officer.

“There’s no issue of compliance at all.

“He’s doing some casual labour work part time and probation are helping him to look at college classes.”

After some discussion, Garrett was given a new sentence which closely matched his revoked adult one.

He was given a three-year youth rehabilitation order with intensive supervision, 160 hours of unpaid work over three years, a two month curfew between 9pm and 6am and an exclusion order, banning him from Brighton and Hove for three months.

The anonymous member of the public referred both Garrett and Barrett’s sentences to the Attorney General under the unduly lenient sentence scheme.

Mr Reed told Lewes Crown Court that a decision had yet to be made as to the merits of that referral.

If it is put before the Attorney General and he agrees that the sentence was too lenient, it will then be referred to the Court of Appeal.

Most referrals from members of the public do not make it this far.