It’s a bit early for ‘Breakfast’ or is it? 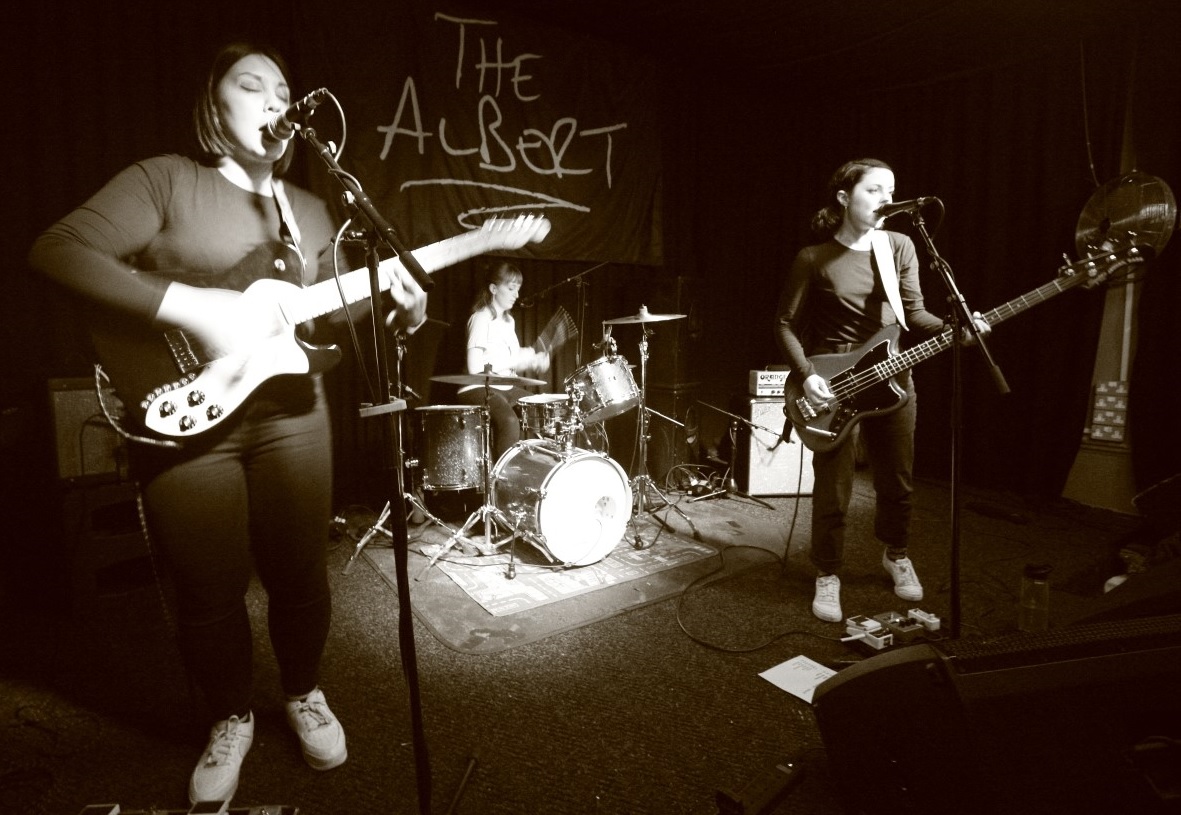 Heading to The Prince Albert after a day of drizzle and fog, I look forward to seeing some sunshine laden indie-pop from Chester girls Peaness to brighten up the day. Local concert promoters Melting Vinyl are overjoyed to bring rising indie-pop trio Peaness to the popular Brighton venue. The Peaness trio have toured with The Beths and She Drew the Gun and so it’s time to see them headlining the bill. 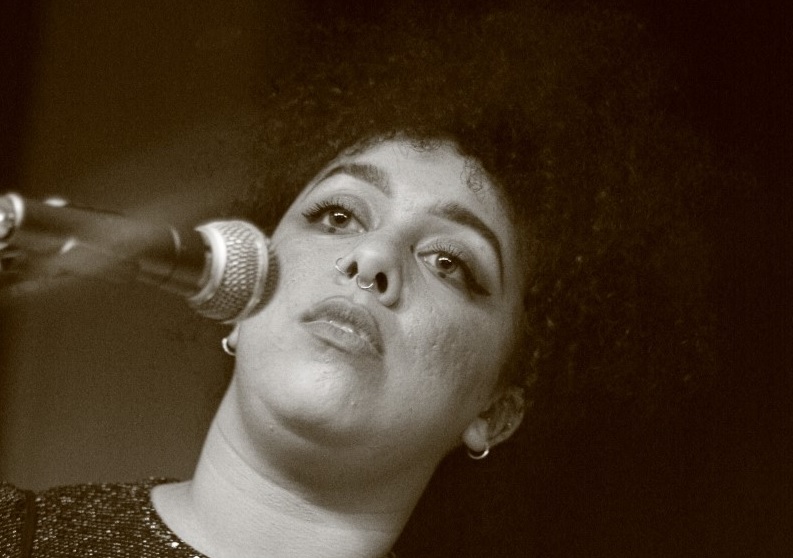 Currls
First to the stage at 8:30 is the band Currls. Currls are part of a new wave of garage rock being spearheaded by female musicians. First formed in 2017 with Holly on vocals and guitar, Maddy on drums and Rooney on bass guitar, this down to earth trio have steadily been making a name for themselves. Their compelling mix of punk, new wave and pop topped with raspy soul vocals has landed them on BBC Radio 1’s Huw Stephens Introducing Show.

Currls dive into their seven-song set with a friendly and funny introduction. The three-piece use the classic trio of bass, guitar and drums in a simple but effective way, drawing us into their sound which is clean, bright and diverse. The guitarist and drummer sing in tandem to provide a robust voice of the band which at some points is quite Runaways-esque.

The guitarist breaks a string about midway through the set and so they crack jokes and interact with the crowd for a couple of minutes while Peaness offers to let them use one of their guitars. This new guitar sounds deeper and different than the original, but is still a nice sound for the band. Playing tonight, the band is fairly sassy and giggly. They continue their brand of music with more emotive and tuneful songs. A standout song is a track named ‘Green Man’, a song about a green alien landing on earth. It has tight drums and uses a sawtooth style bass rhythm which is fairly pleasing to hear.

Towards the end of their 30-minute set, there is a bit of a disturbance in which a guy needs to be removed, and after this comes to the attention of the staff, he is quickly yanked out, and they finish up their set with song ‘April Fool’. They leave the stage to applause and thank Peaness for having them to support. 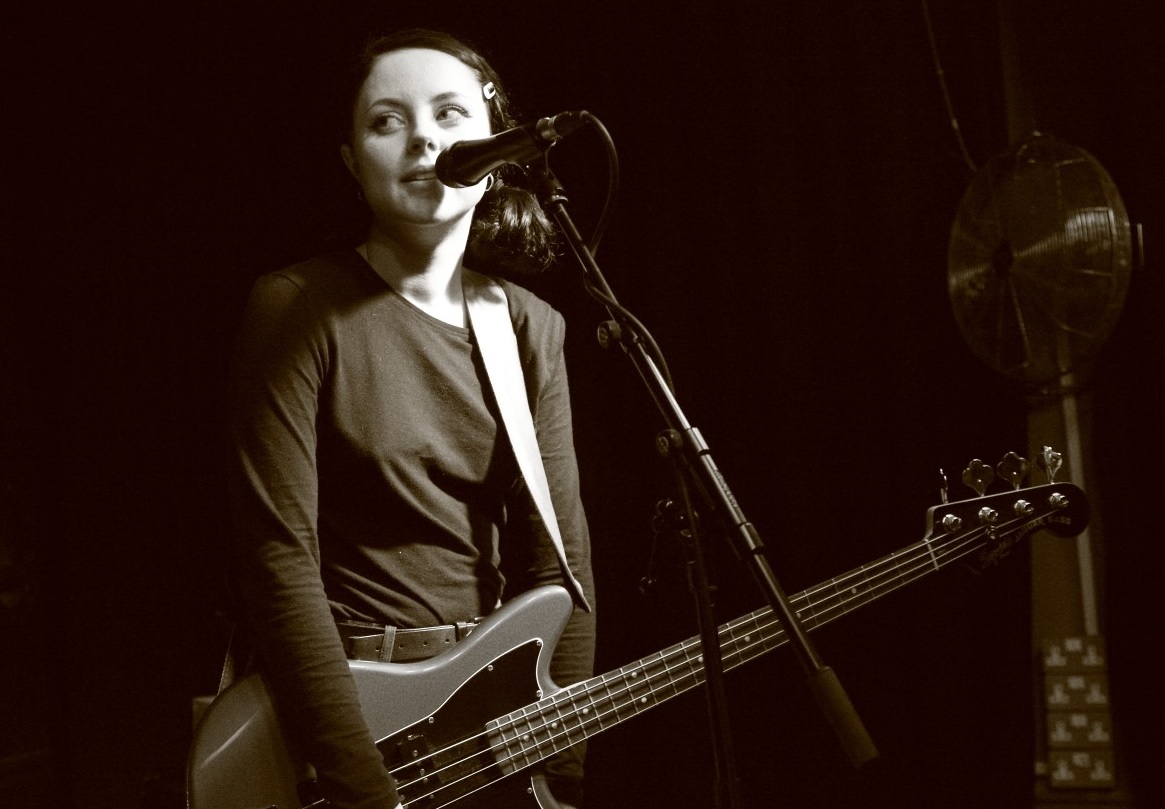 Peaness
Next to the stage at 9:30 is the band Peaness. Formed in Chester University digs in late 2014, the three-piece band write catchy, fuzzy, harmony-driven indie-pop songs about love, friendship, frustrations, Brexit and food waste. The trio has been playing live since summer 2015, and their fun chum-fuelled performances have been winning the hearts and minds of audiences up and down the country.

They take to the stage to a bassy remix of the Wii shop theme which injects a burst of fun and relaxes the atmosphere to a more casual level. The three-piece is fun and bubbly and dive straight into their fifteen song set. The trio sounds great within The Prince Albert’s small intimate upstairs room.

The song ‘Oh George’ an enjoyable song about a breakup and being mad at your ex, which has a great chorus and a quick hook that really brings the song together. Another stand out track is my personal favourite ‘Breakfast’. A song about Brexit and empathy which is an actual bop. They proceed to shout out how nice and polite the audience is. The atmosphere of the gig continues to stay casual while the temperature of the small room begins to skyrocket. They ask the audience if they would like to hear a new song to a resoundingly positive reaction. The new song is currently just named ‘Beatles Song’ and definitely channels some of the Beatles vibe and aura into the crowd with this tune.

There are some minor technical difficulties, but not too much to worry about. The girls tell the crowd a story while these are being fixed. They were stranded in Guildford (My hometown) earlier this morning after their Citroën Berlingo broke down. The girls don’t seem used to playing a headline position, having normally been a support band for other great bands such as Kero Kero Bonito, The Cribs and the aforementioned New Zealanders The Beths.

Their set lasts around an hour with the performance finishing at around 10:35. Their last song ‘Kaizen’ which is a new single, which has recently been released on the 10th January. It is a pop-driven upbeat bop that really rounds off the end of their performance with some good vibes and a lot of applause.

Find out more about this exciting band from their official website – www.peanessband.com 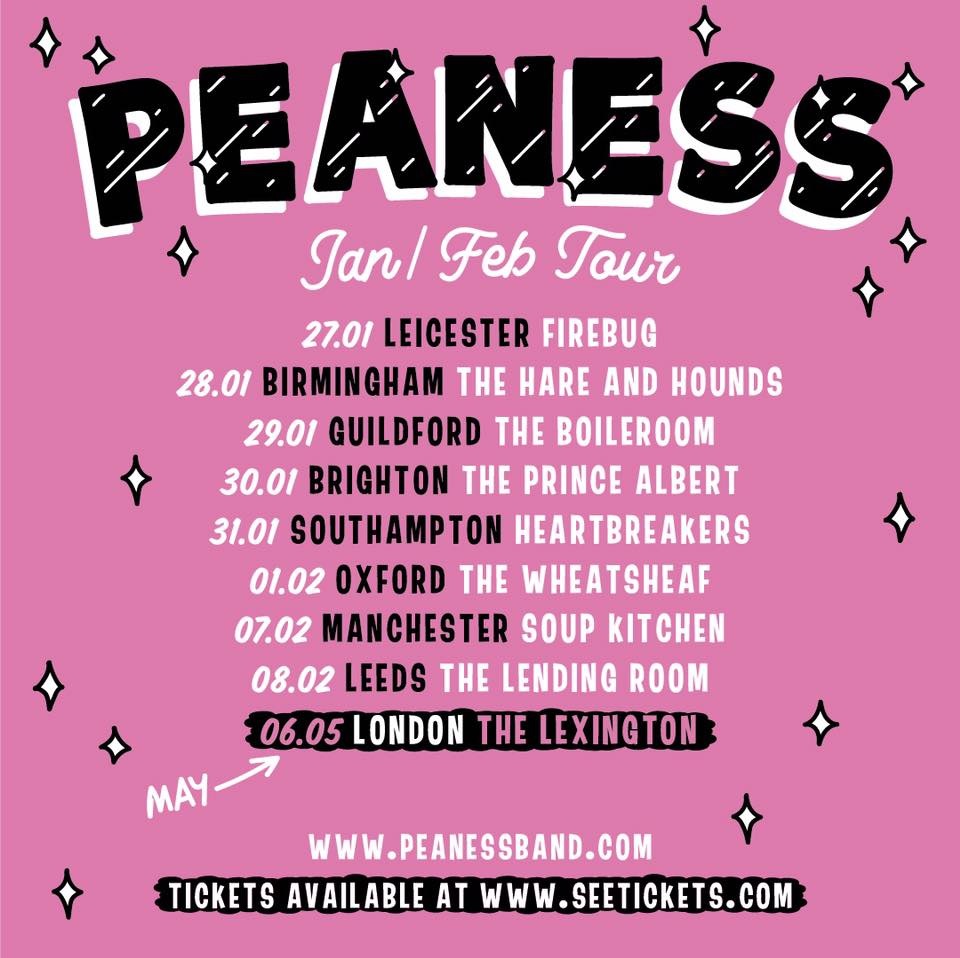 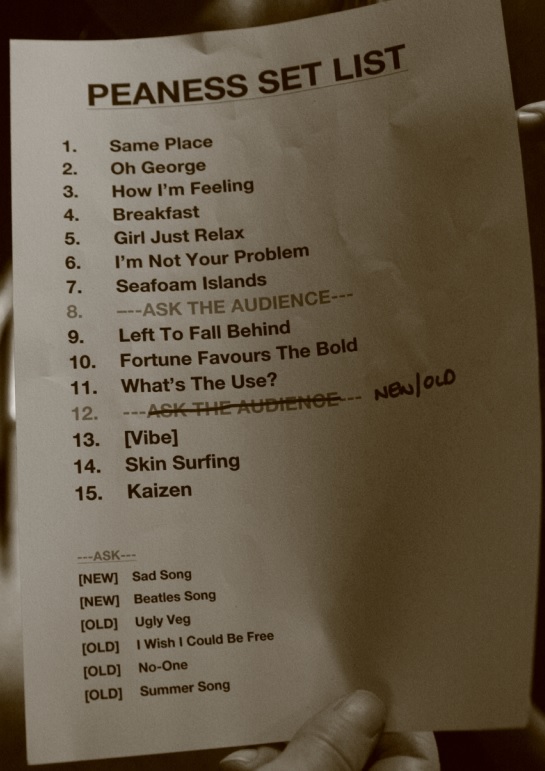