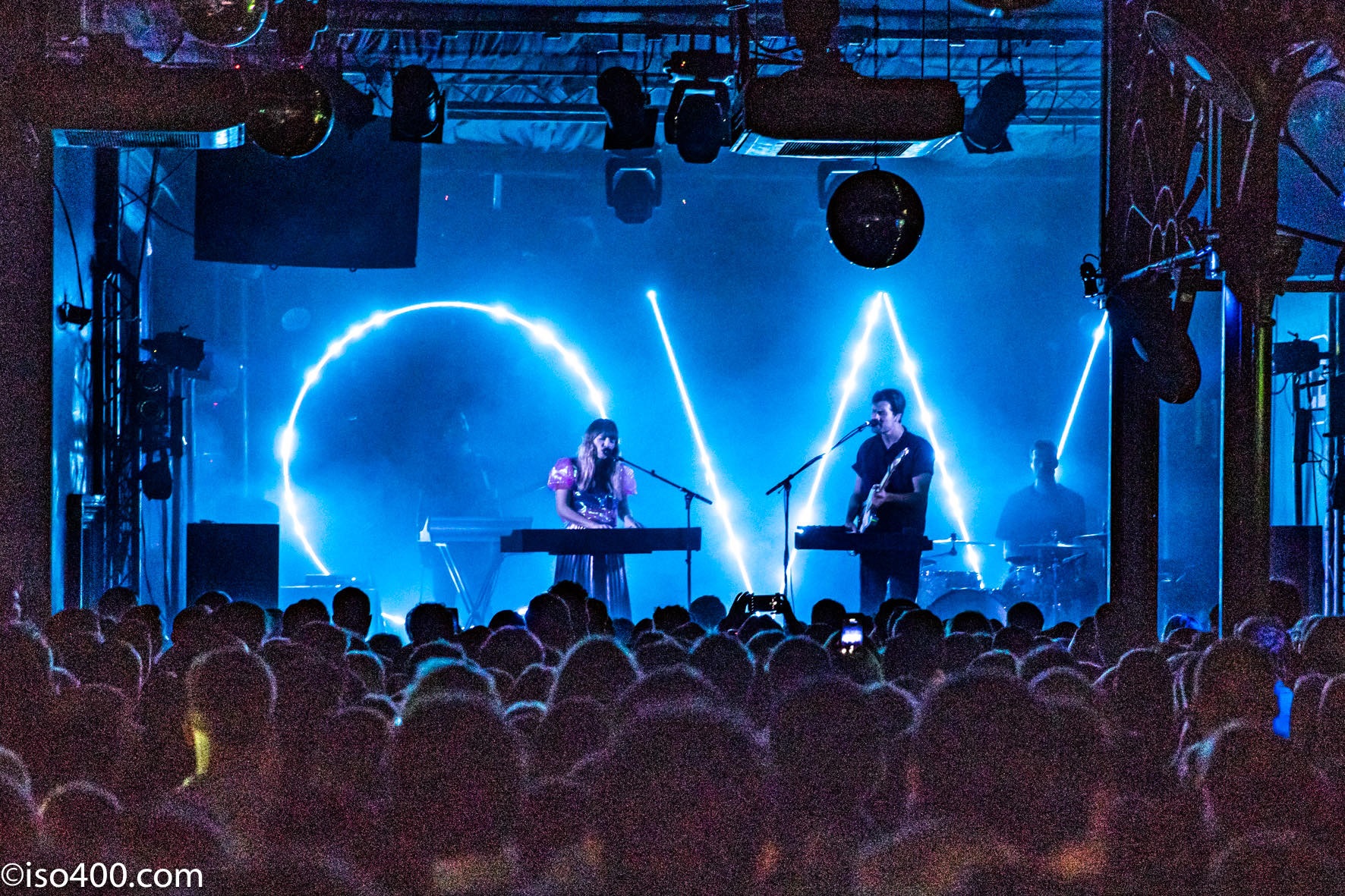 My history and love of Oh Wonder started back in 2015 when I watched the detective series ‘Unforgotten’ on TV. Not only was the series awesome, but the theme tune was terrific as well. The song in question being Oh Wonder’s ‘All We Do’. I immediately searched out the artist as soon as I heard it. I purchased the album ‘Oh Wonder’ there and then and subsequently played it to death, desperately waiting for the next album.

Oh Wonder started releasing music in September 2014, releasing a song per month for a year. They then released all of these on the ‘Oh Wonder’, their self titled album in December 2015, with two previously unreleased songs. They are described as Alt-Pop, but I think they are unique and just play and sing great catchy songs with meaning, which I love.

Oh Wonder are Josephine Vander Gucht and Anthony West. Last night at the Concorde 2 they explained that they actually met face to face in Brighton when Josephine was visiting our city with her then boyfriend and Anthony was playing in a band they were watching. Apparently Josephine told Anthony that she thought the band were great. He said thanks and just walked off. This meeting started a fantastic chapter for two people that sound brilliant singing together.

In July 2017 they released the long awaited (for some of us) second album ‘Ultralife’ and this saw them touring and headlining shows in 34 countries across Asia, Australia, Europe, North and South America. I unfortunately have had to wait until now to see them perform live. 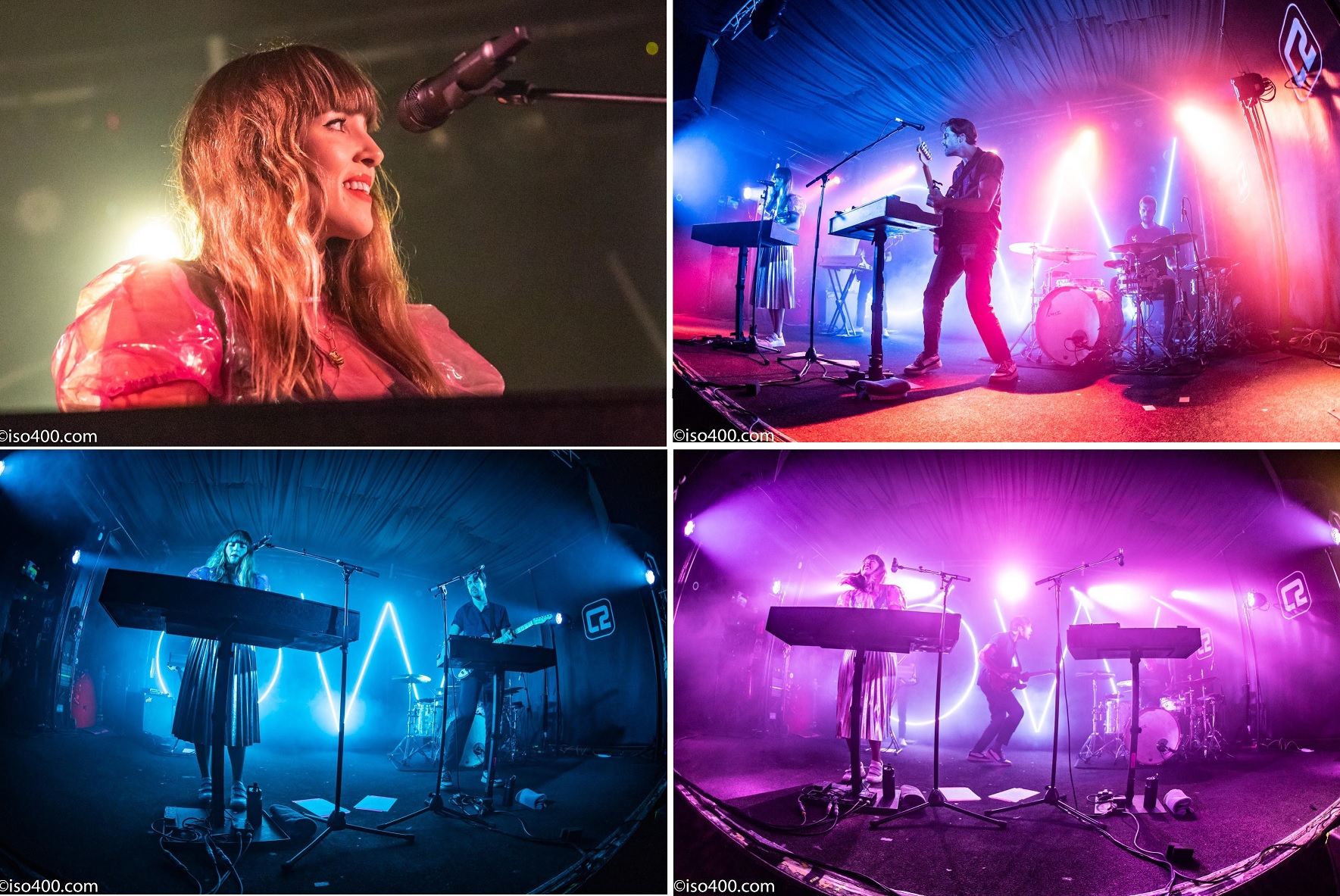 Tonight’s show in Brighton at Concorde2 was to showcase their new album ‘No One Else Can Wear Your Crown’, released on Friday the 7th of February. Resident records had amazingly coordinated the album launch show and customers who pre-ordered the album on Vinyl or CD format, also received a ticket for the show and could purchase additional one. I have to say I got straight on it and bought a vinyl album and another ticket as both myself and my wife love this band. There were strict timings and Oh Wonder were due onstage at 8pm for 40 minutes.

We arrived at the Concorde 2 at 7.40pm. There was still a queue of people outside waiting to get in. We got in, just in time to grab a drink and scoot up the front before they came onto the stage. We were both really excited as we had wanted to see them play live. They came on stage and a packed Concorde 2 gave out massive cheers upon their arrival. I have to say that there was a big attendance of young people tonight and us ‘olduns’ were definitely a minority.

The set started with ‘Better Now’, a new tune from the new album. The band wrote this song after hearing the sad news of a family member going through an incredibly tough and emotional birth of their first child. The crowd loved it and amazingly some already knew the words. This was followed by ‘Drive’, from the album ‘Oh Wonder’. It was great to see the whole crowd singing to this and it is one of my favourite tracks. Next up ‘I Wish I Had Never Met You’, which Josephine explained was written about one of her ex’s and the band posted on Instagram earlier with a tease of the new song: “To all my cheating ex-boyfriends: I WISH I NEVER MET YOU. Love, Josephine x”. This is also from the new album ‘No One Else Can Wear Your Crown’. Next up was ‘How It Goes’ and the crowd were loving this. Oh Wonder are every bit as good live as on their recordings. I have to say that I felt quite emotional. The lyrics and the connection between these two is incredible. We were totally immersed in the moment and it felt wonderful.

Next was an acoustic Medley and then ‘In And Out Of Love’, which is another track from the new album and wow! is it great.

The stage presence and lighting drew the audience in, with everyone singing along. Next up ‘Dust’, the first track from ‘No One Else Can Wear Your Crown’. We were thoroughly enjoying the whole performance and even though some songs were not so familiar, it really didn’t matter. The performance was sublime.

Those of you that read my usual reviews, will know this one is definitely different for me. But it just shows why all artists need the chance and opportunity to shine. Some reviews from music magazines and sales websites are saying Oh Wonder are Britain’s best kept secret. Not for much longer I would wager.

Next tonight was ‘Happy’, which was a beautiful New Year’s gift for 2020. It was a heartfelt single, that finds joy in seeing a former love moving on with someone new. Such uplifting lyrics and certainly made a great impact for all of us tonight, Next up and described as an old favourite by Josephine ‘Without You’, again this is one of my top songs. The hairs on the back of my neck were up and the whole atmosphere in the venue just went up yet again. What a night. 40 minutes nearly up and we were treated to the last song ‘Hallelujah’. Josephine had the whole crowd in the palm of her hand, getting different parts of the audience to sing and join in. We thought it was all over as the band left the stage to massive cheers from the crowd and chants of ‘one more song’.

I was standing there hoping they would come back on for an encore and do ‘that’, song. On they came and Josephine told us that they had completed the setlist, but what the hell and then the moment most of us had been hoping would happen. ‘All We Do’, I have to say that this was really emotional for both of us, as we absolutely love this song, as did the entire crowd in the Concorde 2. Wow this was one of those awesome moments that we all hope to experience and boy did they give it to us. It was epic and so wonderful. The next was ‘Technicolour Beat’ and then ‘Lose It’, the last 3 songs all from the 2015 ‘Oh Wonder’ album, and each one had us all singing our hearts out, which was uplifting and wonderful. 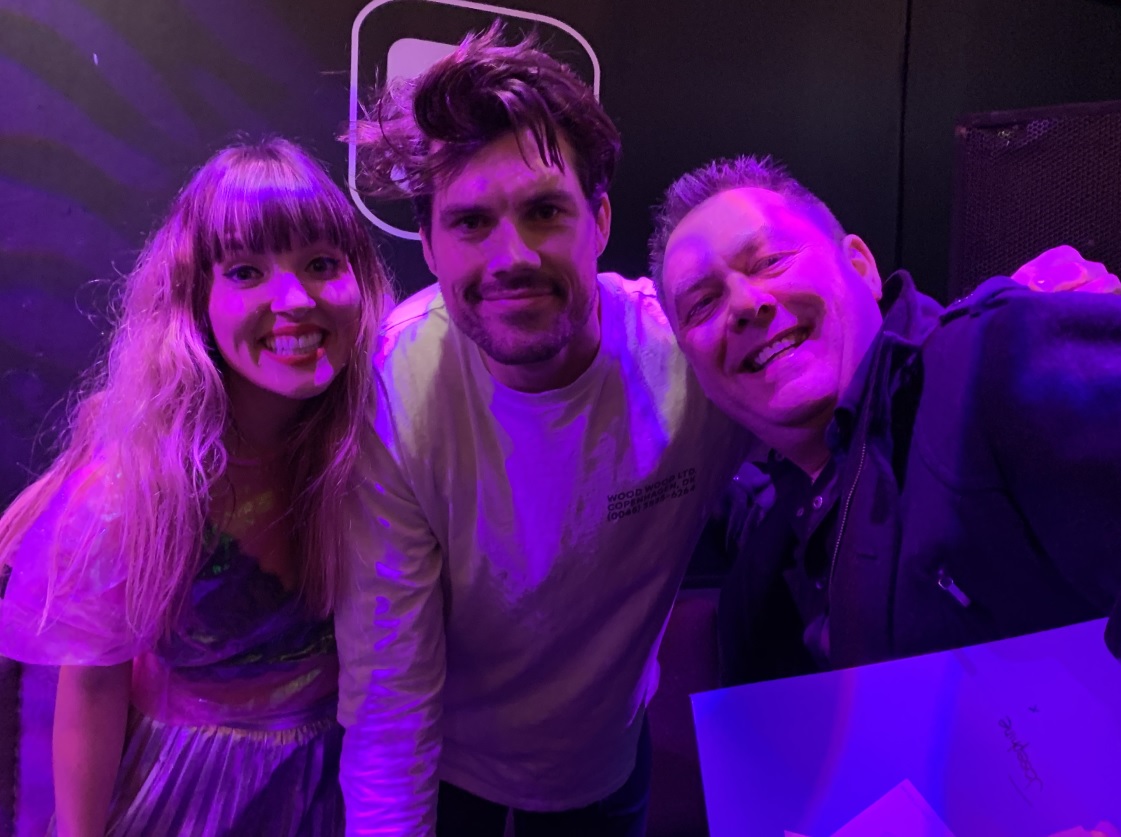 Yours truly meeting Oh Wonder after their performance at the Concorde 2, Brighton 08.02.20

Most of us wanted to get a chance to meet the band and get our albums signed, which we did afterwards. Both Josephine and Anthony were really friendly and spent a lot of time with their fans. I for one will definitely be seeing this band again. What a night and thank you to Josephine and Anthony for making it so special 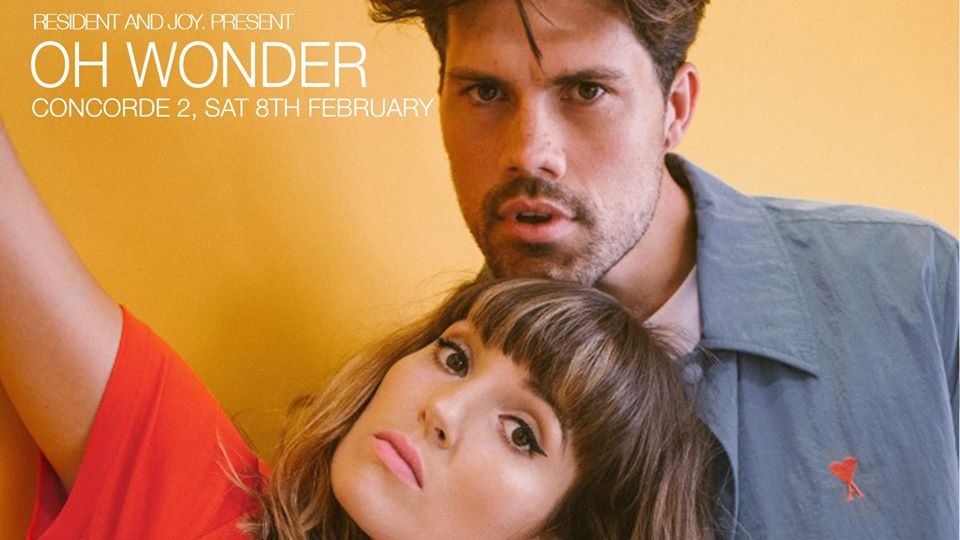