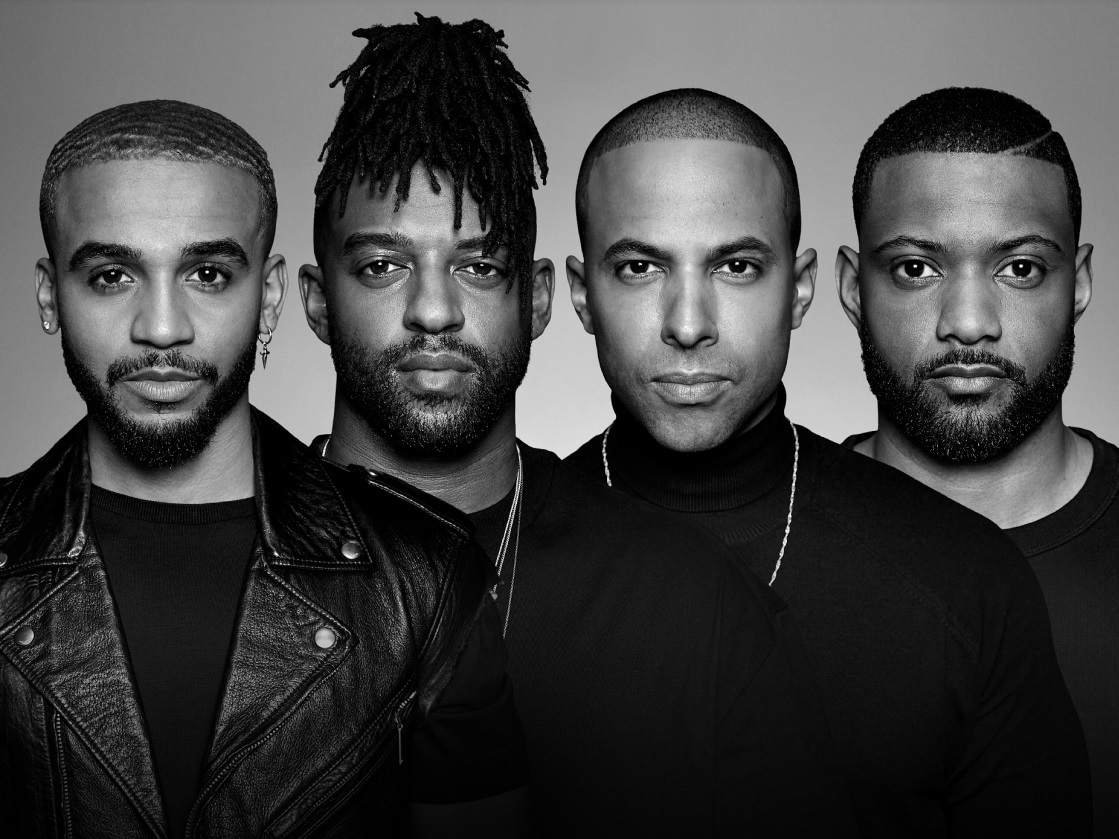 JLS are coming to Brighton

Multi BRIT and MOBO Award winning boy band JLS last year announced details of their return to music via embarking on a mammoth UK and Ireland comeback tour. Following an eight year hiatus Aston, Marvin, Oritsé and JB will take the ‘Beat Again 2021’ tour to stages across the UK and Ireland reuniting with their legions of loyal fans for a 28 date string of arena shows.

Famed for their impressive live draw having played London’s iconic O2 Arena a staggering sixteen times and selling over 1.4 million tickets in the UK alone, the tour kicks off in Belfast on 11th June 2021 before heading to Brighton Centre on Monday 28th June. 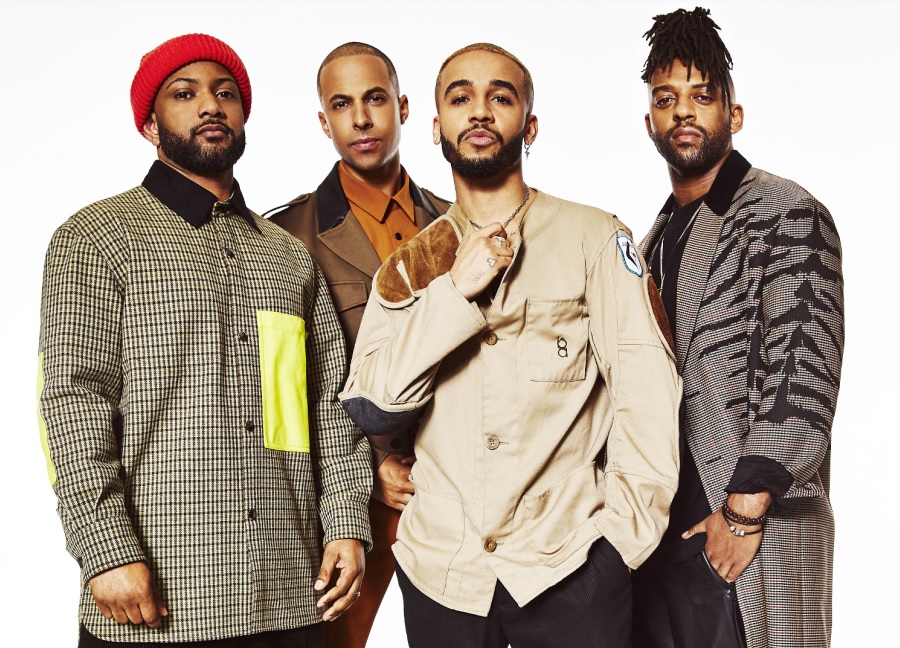 Speaking of their highly anticipated return JLS said “We are so excited to be working together as a group again. We’ve always been like family, and now we feel that this is the right time for us to get back on stage and perform in front of our loyal fans. Even though it’s been 8 years, you can be sure that it’s going to be as high energy as ever”.

Since the band’s inception in 2007, JLS reimagined the modern boyband and made their mark on British music through their inimitable soulful, RnB, pop sound underpinned by highly stylised choreography. Collectively JLS have amassed five Number One singles with their instantly recognisable chart hits ‘Beat Again’, ‘Everybody In Love’, ‘The Club Is Alive’, ‘Love You More’ and ‘She Makes Me Wanna’.

Having carved out their own niche as a mid-late noughties mainstay, the band return to the spotlight following a record breaking career. They sold over six million records and four multi-platinum albums and their self titled debut went straight to Number One and has since sold over a million copies in the UK.

The band are two time BRIT winners, having won Best British Breakthrough and Best British Single with ‘Beat Again’, which was also named the fastest selling debut single of 2009. As well as their huge commercial success and consistently dominating the pop charts, the band made a massive impact on urban music culture with five MOBO Awards and three Urban Music Award wins highlighting the astronomic affect their music had in resonating in both pop and RnB music realms.

The tour is an opportunity for JLS fans across the country to come together to enjoy the hits which continuously soundtracked the British charts for seven years running.

Purchase your JLS Brighton Centre concert tickets from HERE or from your usual ticket supplier. 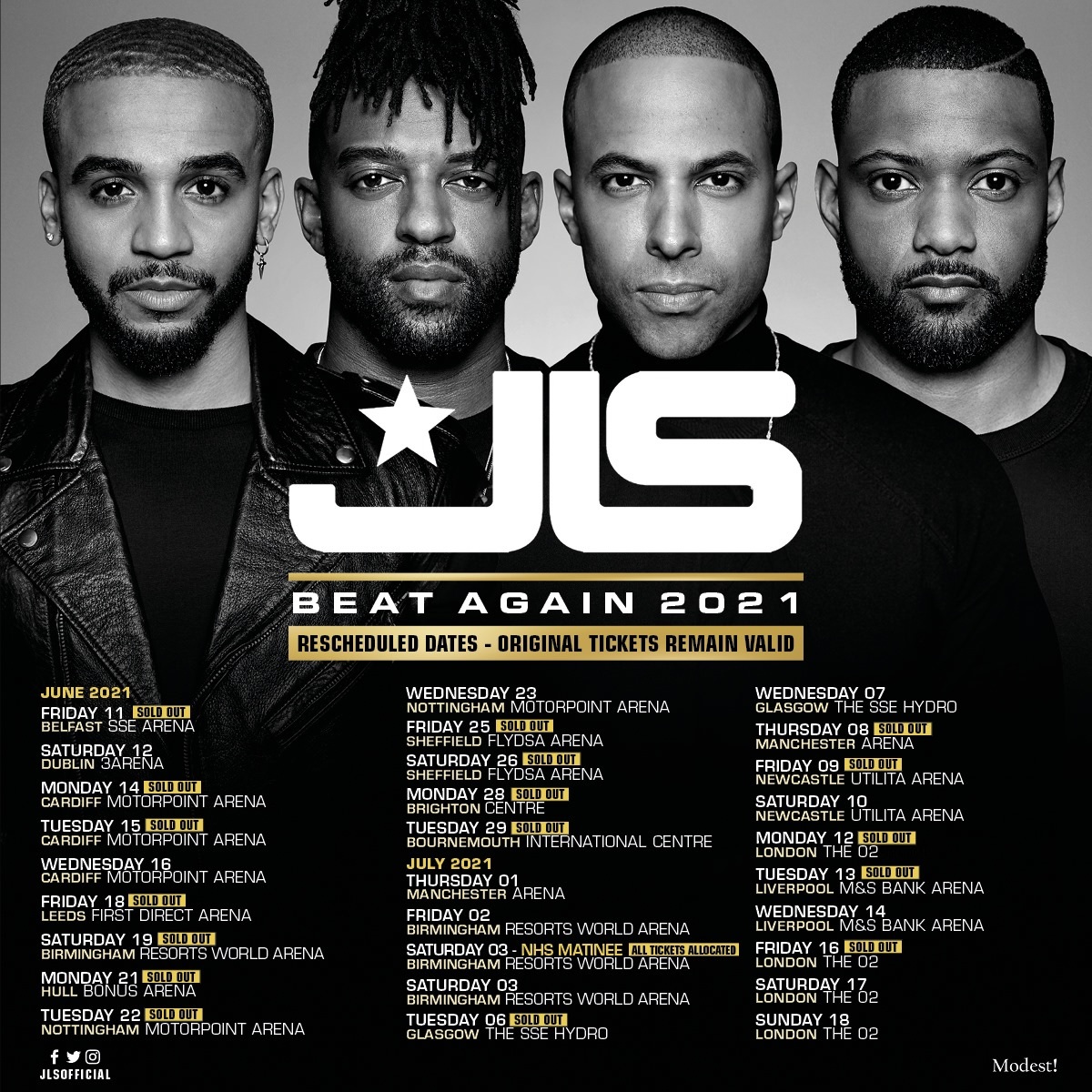