Drivers with electric cars in Brighton and Hove have shared their frustrations over the lack of working charging points.

One of their biggest frustrations is with conventional petrol or diesel cars being parked by the chargers.

Electric car drivers descriebd this as being ICEd – with the letters ICE standing for internal combustion engine.

Musician and comedian Guy Pratt is regularly frustrated when he tries to charge his Tesla 3 close to his home in Kemp Town.

He has a “long-running correspondence” with Brighton and Hove City Council over the lack of chargers.

Mr Pratt said: “They keep promising this new rollout of new chargers and it keeps not happening.

“It was October, January, now the next few months. They are putting one in next to me. But I said there is no point doing that because the street is always full if you’re not going to make it a dedicated space.

“I said ‘I can tell you now I will ever get to use that charger’ – that’s if it works.”

In November last year the council chose Electric Blue to operate 200 new lamppost charging points funded by a £650,000 grant from the Office of Low Emission Vehicles, a government agency.

The majority of these chargers are not installed so this meant that Mr Pratt spent a day driving around trying to find a charging point on Monday 17 February. He could not find any that were working.

His experience echoed that of a visitor from Berkshire, Anna Polizio-Broom, when she came to Hove last weekend and was unable to find a single working charge point.

Mr Pratt said: “There are no chargers in Kemp Town. (There is) one on the seafront, which usually is not working.

“There are two at Asda, which are incredibly slow and miles from anywhere. If you use it in Asda, (you) get enough charge to get to Asda and back. And they’re always ICEd.”

He bought the car last September in an effort to “do his bit for the environment”. 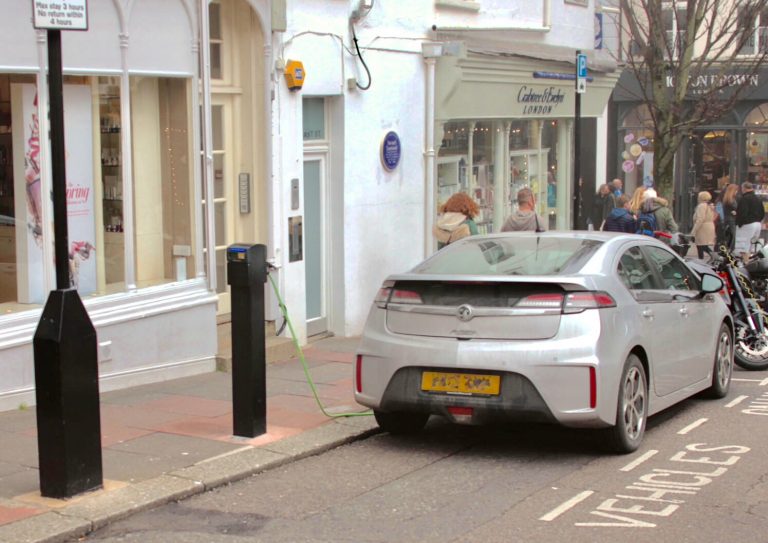 Mr Pratt said: “I assumed I lived in one of the greenest cities in Britain. We have 20 Labour (councillors) and 19 Greens, a Green MP and I have a local Labour MP. I thought it would be good.

“The irony is I spend half my week in a Tory-run council where I was spoilt for choice.”

He was referring to Kensington and Chelsea where the council aims to have an on-street electric car charger within 200 metres of each resident by the end of this year.

Already 87 per cent of homes are within 200 metres of a charger.

By the middle of this month it had 225 lamp chargers and a further 45 new dedicated bays due to go live. A further 10 sites are being surveyed.

Mr Pratt usually manages to charge his car at Bartholomews next to Brighton Town Hall but the charging point does not always work.

He said: “There are also chargers at the station which are turned off between 5pm and 10am, so they cannot be used in the evening.

“It is largely impossible to run a car.

“It should be a source of great shame and embarrassment.” 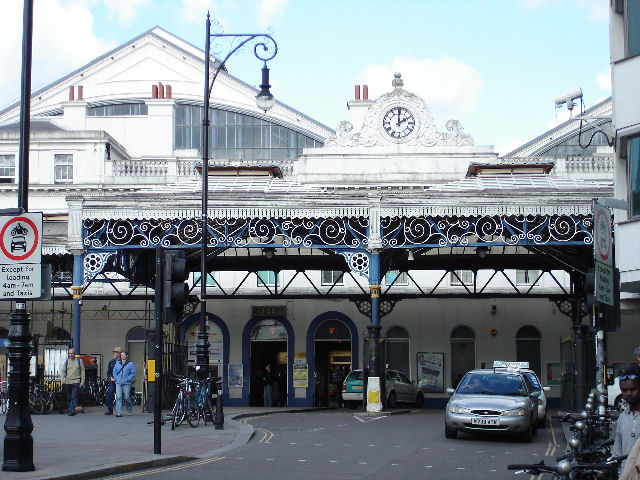 Brighton Station is run by Govia Thameslink Railway – and GTR’s head of environment Jason Brooker said: “Currently the limited local capacity for energy supply, for which the distribution network operator is responsible, means electric charging points are not on overnight.

“This is understandably a frustration to our customers, Pod Point (the operator) and to us.

“However, thanks to innovation in electric vehicle charging, infrastructure now exists to use the existing supply in a far more efficient way, and we are pleased to confirm that we have upgrade plans under way to enable chargers to stay on day and night.”

He said: “You never know if you’re going to make it.

“It’s not for thin-skinned inflexible people. My advice before buying is to get breakdown cover and make sure you have a driveway to charge at home.”

Mr Guastell, who bought his electric car in 2015, said that there were often one or two other electric car drivers queuing at the existing charging points.

A parcel delivery driver, who did not wish to be identified, fears that self-employed owner-drivers who lease their vans will be expected to convert to electric but will have to keep stopping to recharge while on their routes.

Brighton and Hove’s 200 new charging points are expected to be operational by April.

The council said that 25 would be dedicated to electric cars and the situation would be monitored to see if there was a need for exclusive bays.