A Hove wine bar’s drinks licence has been suspended less than a week after a mobile security guard was injured outside the premises in a machete attack. 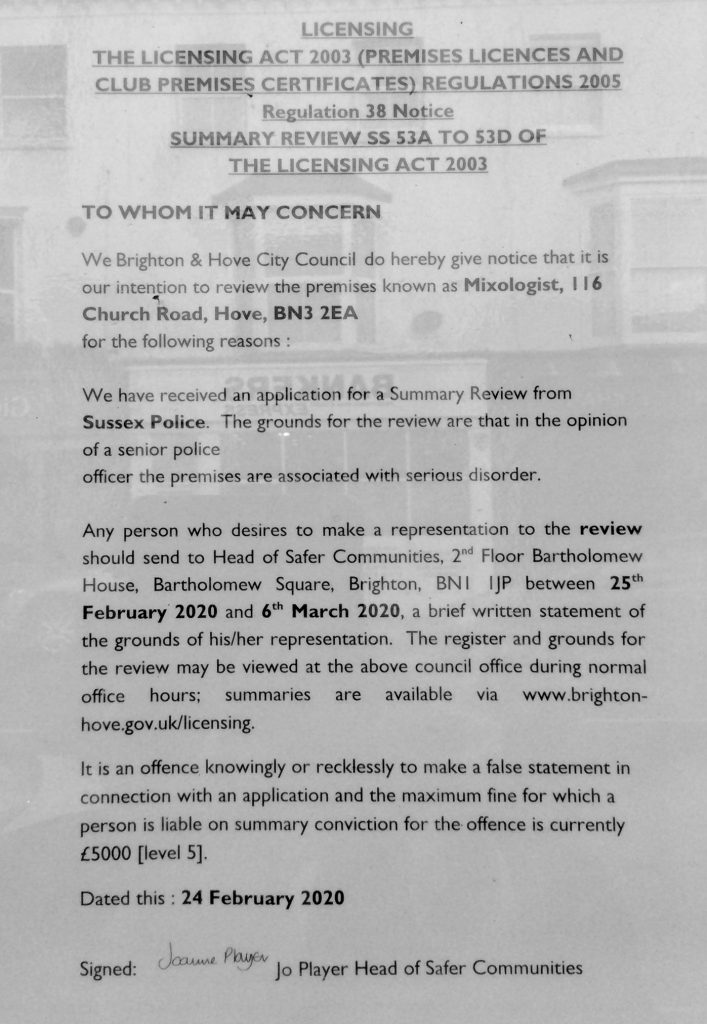 The Mixologist, formerly Misty’s, in Church Road, Hove, had a closed sign in the door and an official notice taped to the window.

It said that the licence would be reviewed because the council had “received an application for a summary review from Sussex Police”.

The notice, from Brighton and Hove City Council, said: “The grounds for the review are that in the opinion of a senior police officer the premises are associated with serious disorder.”

The owner of the Mixologist, Afshin Kianifard, was due to make representations to a council licensing panel earlier today (Wednesday 26 February) to try to persuade councillors to lift the suspension ahead of the review.

“The suspension was upheld at a further meeting on Wednesday (26 February).

“The suspension will remain in place at least until the full review hearing, which must take place within the next 28 days.”

In a statement to Brighton and Hove News, the council said: “The licensing authority received an application from Sussex Police for a summary review of a premises licence, namely the Mixologist, 116 Church Road, Hove, on Friday 21 February.

“In accordance with the Licensing Act 2003 sections 53A to 53D, the licensing authority had to consider within 48 hours of receipt whether to take any urgent interim steps pending the final review hearing.

“A meeting with three licensing members was held on Monday 24 February to discuss what interim steps may be necessary.

“The meeting was held in private session due to the sensitive nature of the information concerned and pending criminal investigation.

“A decision was taken to suspend the premises licence pending the review hearing.

“The members considered that suspension of the licence was necessary in the interests of public safety and to prevent crime and disorder. 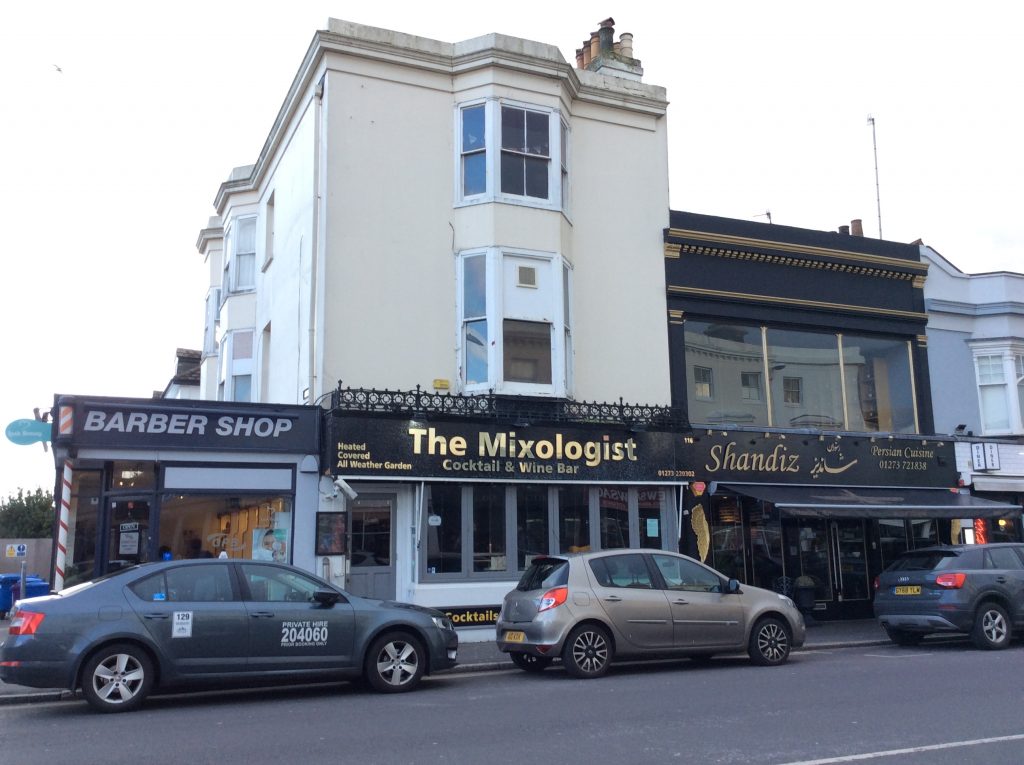 “The licence holder has made a representation against this decision and a hearing will be held on Wednesday 26 February to consider this representation and whether the interim steps are appropriate or should be modified or withdrawn.

“The panel will consider whether to exclude the press and public.”

Meanwhile, Ashkan Zahedian, 29, owner of the neighbouring premises, Shandiz, is in prison on remand, awaiting trial on a charge of maliciously wounding Danny Chapman, also 29, with intent to do him grievous bodily harm (GBH).

Zahedian, of Bodiam House, Davigdor Road, Hove, also faces a charge of having a machete in a public place.

The former Hove Park and BHASVIC student was alleged to have carried out the machete attack on the night of Tuesday 18 February.

He appeared before Brighton magistrates last week and is due to appear at Lewes Crown Court for a plea and trial preparation hearing on Thursday 19 March.