A leap year proposal at 450ft

A woman made a leap year marriage proposal 450ft above Brighton beach. 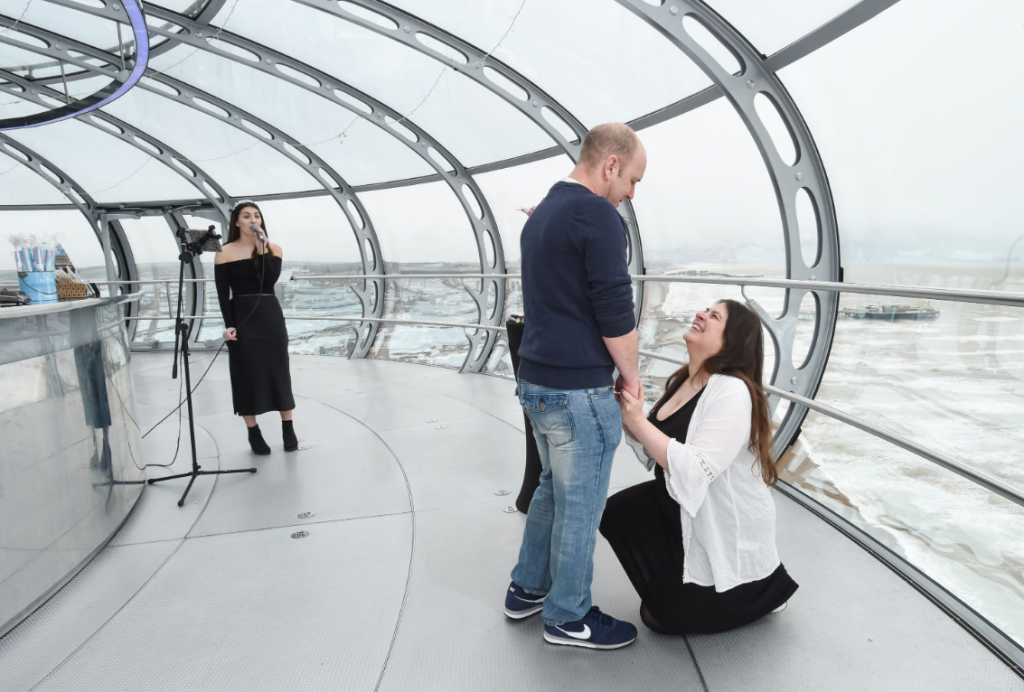 Bobby Davison popped the question to her boyfriend Steve Haw during a trip up the British Airways i360 viewing tower.

Miss Davison, 45, a legal secretary, from Luton, even had a singer on hand as Mr Haw, 40, a lighting designer, agreed to become her fiancé.

Ella Croucher, 23, from Brighton, performed one of the couple’s favourite songs – You’re Beautiful by James Blunt.

Mr Haw said: “It was 9am and a leap year so Bobby didn’t hang about. I am gobsmacked and really touched that Bobby went to such an effort to bring me to Brighton and propose on the i360.

“The whole thing just makes me love her even more.”

They met 13 years ago during a Butlin’s Eighties weekend and Miss Davison said that on their first date her napkin accidentally caught fire on a candle, causing uproar in the restaurant.

She said: “Steve knows life with me is a little crazy. It’s only fitting that an engagement between us would not be your typical proposal.”