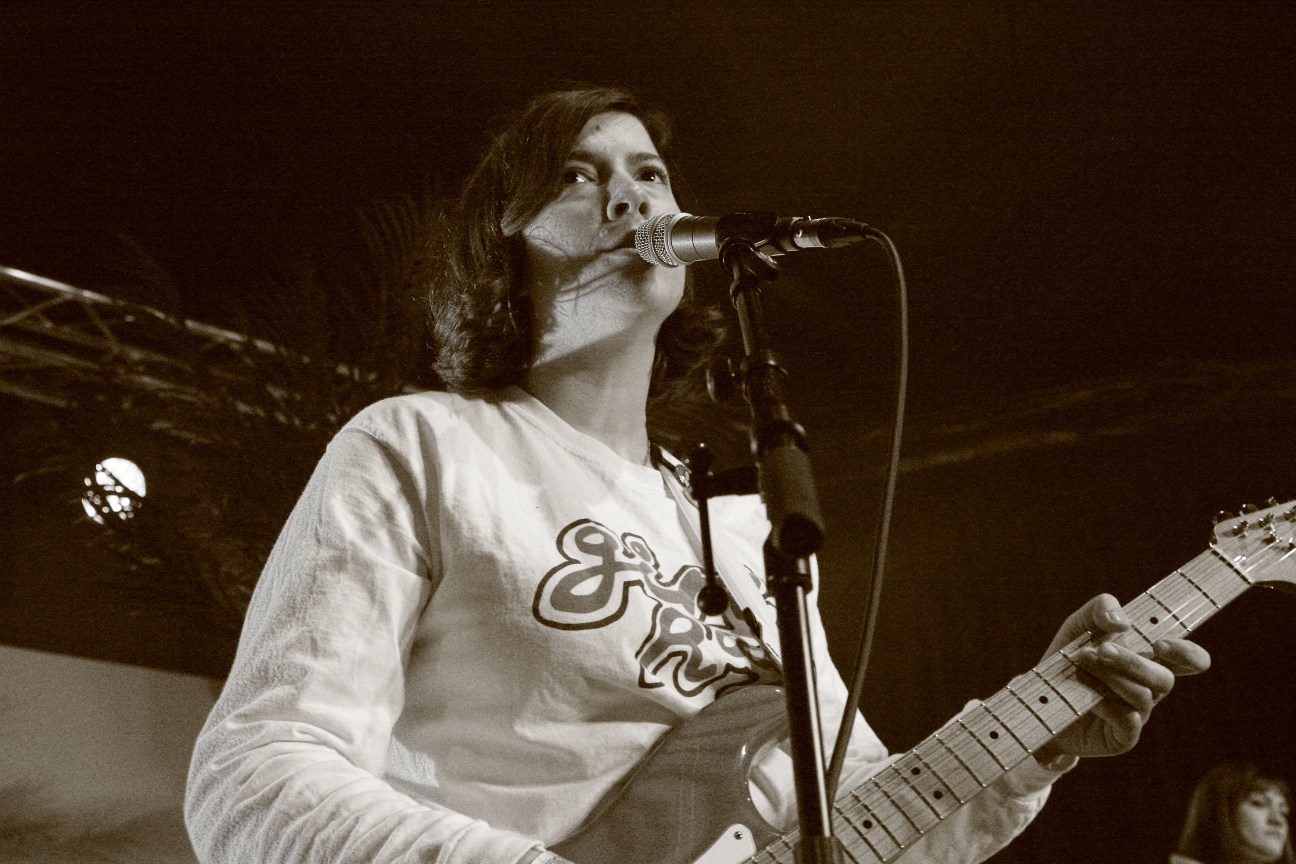 Fresh-faced North London trio Girl Ray are late to the stage, but nobody cares because they go straight into the gloriously melodic opening track (‘Girl’) from their new album ‘Girl’. A boldly different sound to their coming-of-age indie debut ‘Earl Grey’ (2017), this release sees Poppy Hankin, Sophie Moss and Iris McConnell ditch the indie-cool for the mainstream. The result is exquisitely crafted bedroom pop, and it’s all female powered. 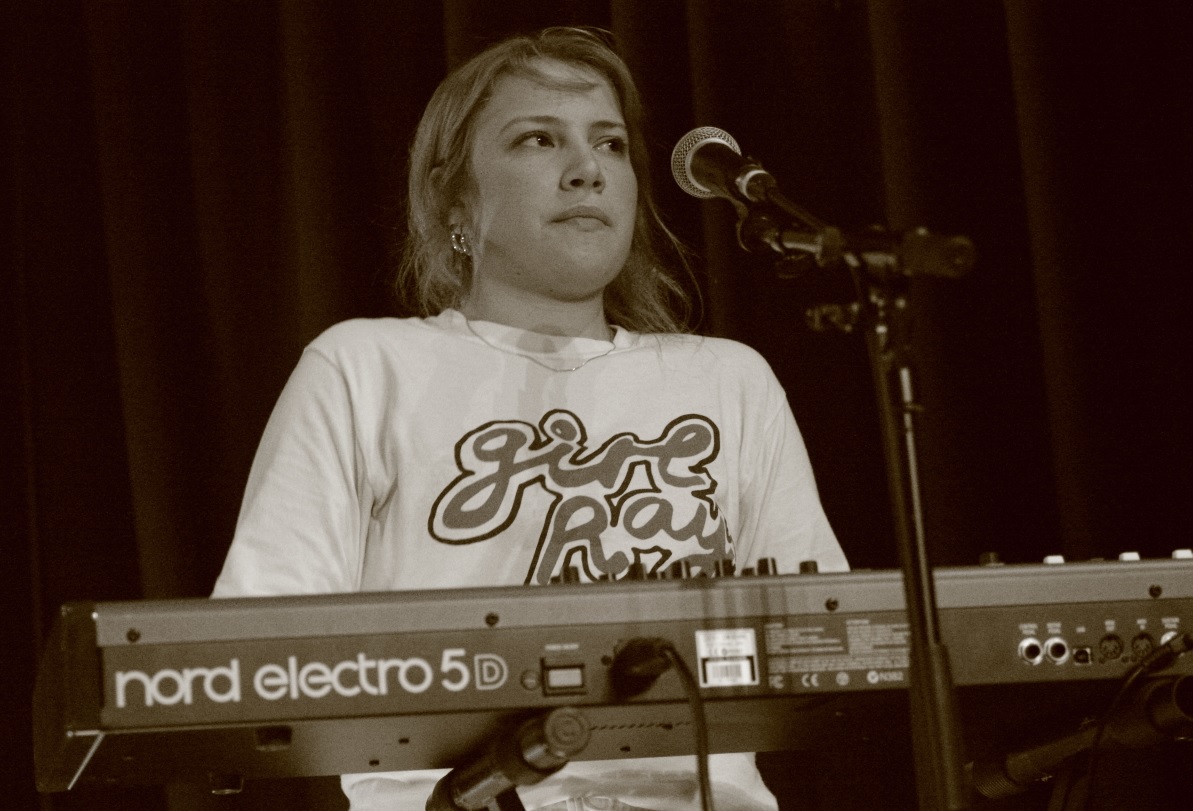 Girl takes its influences from the likes of Ariana Grande and Destiny’s Child, embracing R & B, electro-pop and rap in a move away from guitar music, and it’s here for me that they really step up as a band. Produced by Ash Workman (Metronomy, Christine and the Queens) who had them tagged for a Nick Drake vibe – it’s not hard to see why, Poppy’s vocals are perfectly styled for 70’s balladry. The band responded by sticking pictures of Ariana Grande round the studio to remind him of the pop sound they were craving.“Alright Brighton” Poppy shouts over, and a breeze blows through the old Haunt venue, now known as CHALK. The set is incredibly tight with Sophie (bass) and Iris (drums) adding lush harmonies to Poppy’s lilting vocals. Joined by a very enthusiastic Lysandre Menard on keys who gives their super synthy sound a literal boost by bouncing for the entire hour. Mike O’Malley also joins the lineup on guitar for this headline tour. 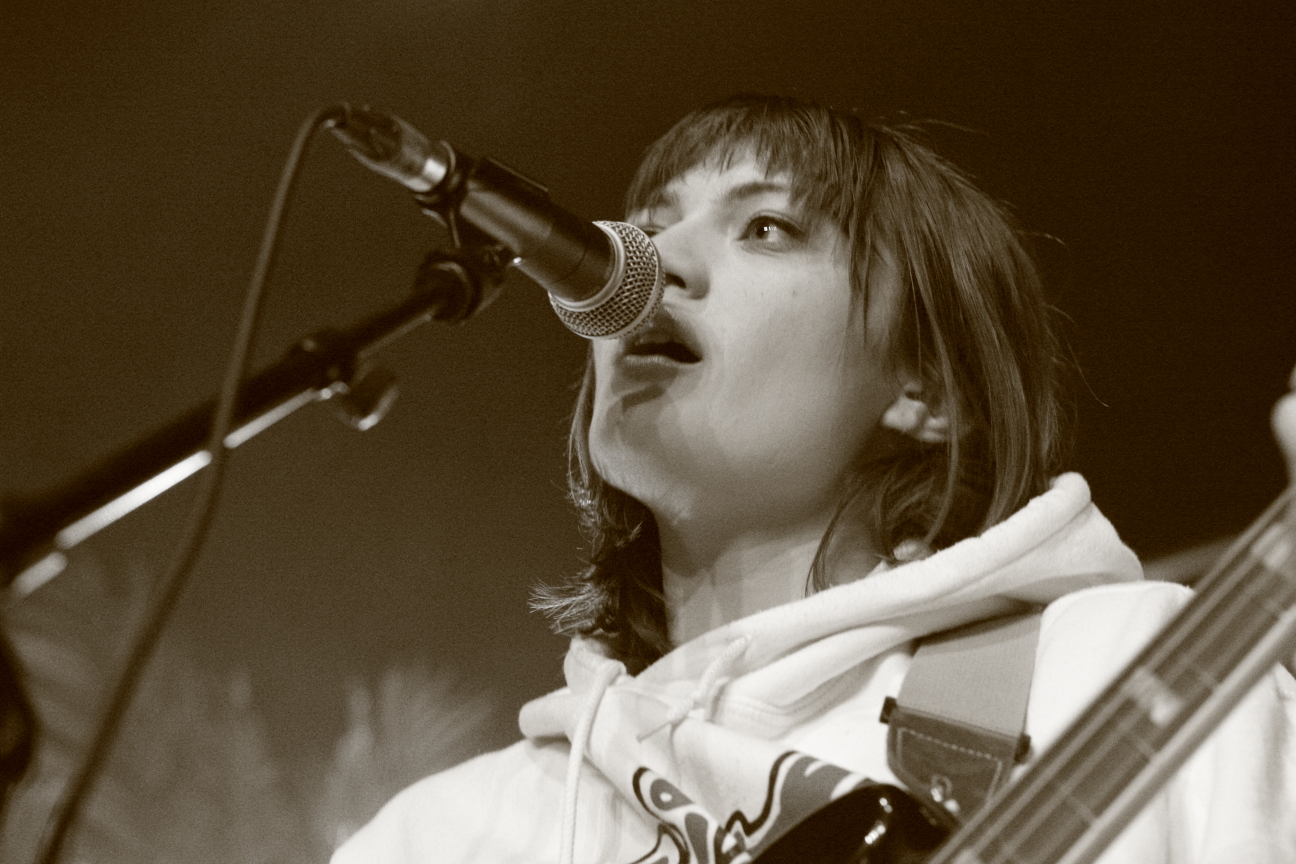 Girl Ray themselves don’t stop beaming. ‘Don’t Go Back At Ten’, ‘Stupid Things’ and ‘Trouble’ from the first album are somehow reclaimed by the party vibe of the second. But it’s the new tracks that steal the show. The incredibly addictive ‘Show Me More’ with its lethal hook and funky as hell bassline was all I wanted to listen to last summer. Touches of Bananarama’s ‘Cruel Summer’ with its LA heat and teen crush lyrics, a flashback to formative 80’s films like The Karate Kid.

Halfway through the set, someone shouts “Oh this is a tune” as ‘Keep It Tight’ kicks in. An R & B number with such a groove, and the sassiest confessional lyrics on flaky boyfriends and female friendships. Sophie can’t help but smirk as she sings “ooh I’ve had a few boys it’s true/ he dipped me like a casual fondue”. Adding “But straight girls only fall for dudes/sad but true”. When the chorus shifts up, the crowd breaks out into a shimmering dance off in front of the stage, twisting and getting down to the floor. Poppy is thrilled: “It’s the closest we’ve come to a mosh pit over here” she jokes. 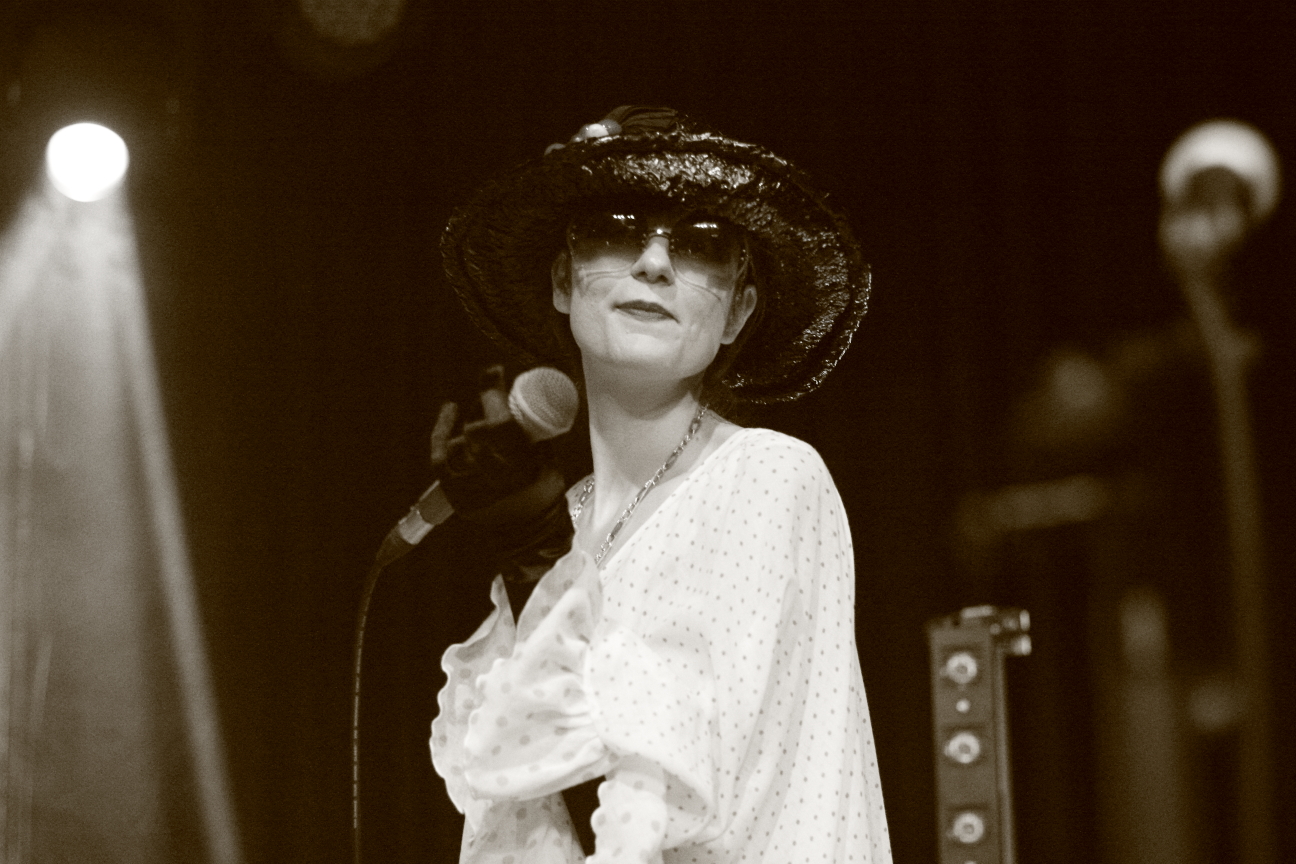 Enigmatic support comes from solo act Vanity Fairy, who adds a dose of pop-drama. Singing to backing tracks in a Victorian nightie and black boater hat, sounding like Annie Lennox caught rummaging in a costume box. Check out Vanity Fairy on Soundcloud. 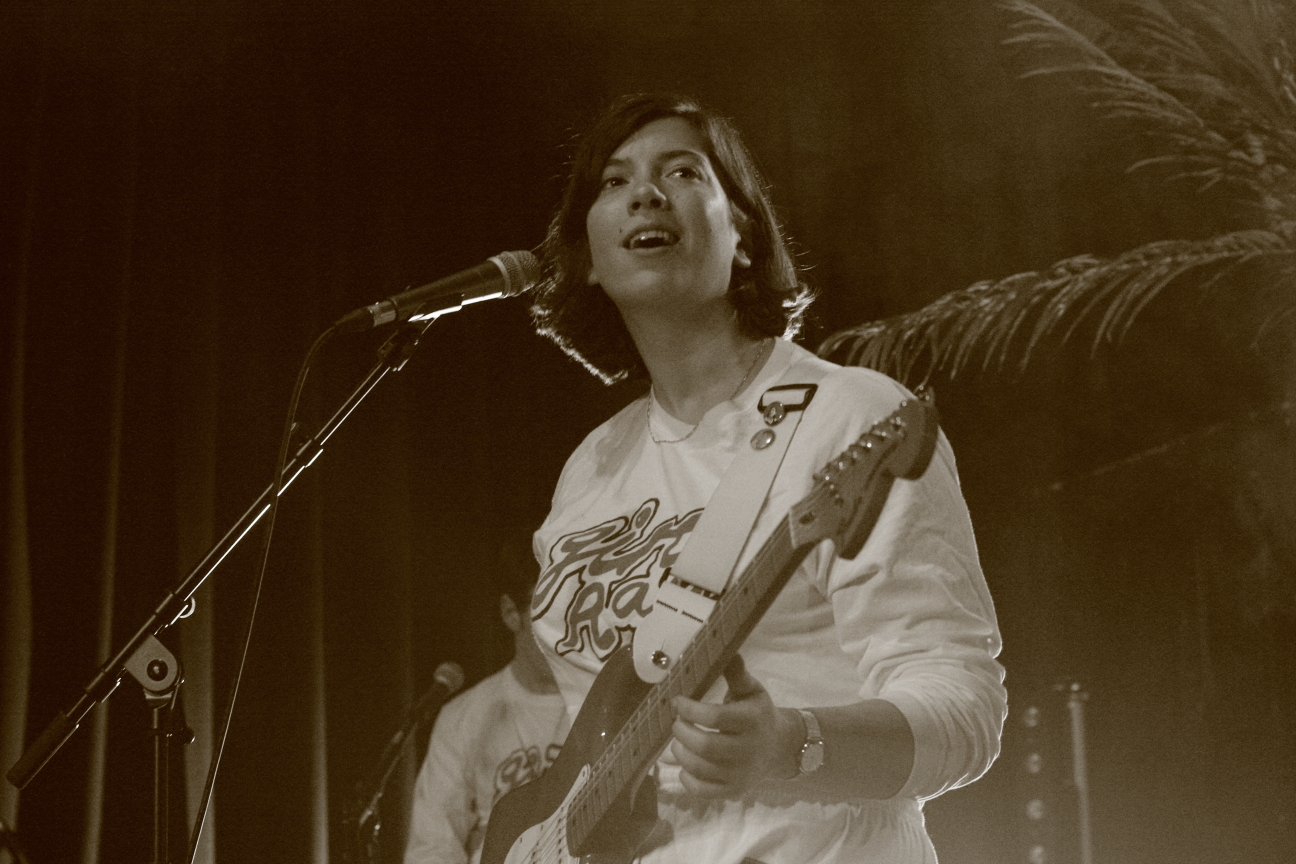 What’s so refreshing about Girl Ray is their genuine love of pop in all its guises and their unselfconscious approach to making music. The pop-disco continues when they throw in a surprise cover of a Cambodian hit they heard on holiday by Sereymon-Sreypov – with their own lyrics.

The girls have been writing songs together since school and it shows, there’s close affinity in their polished performance. There’s also a willingness to have fun and a wicked sense of self-parody if their latest video for ‘Friend Like That’ is anything to go by. I can’t wait to see what Girl Ray will do next. 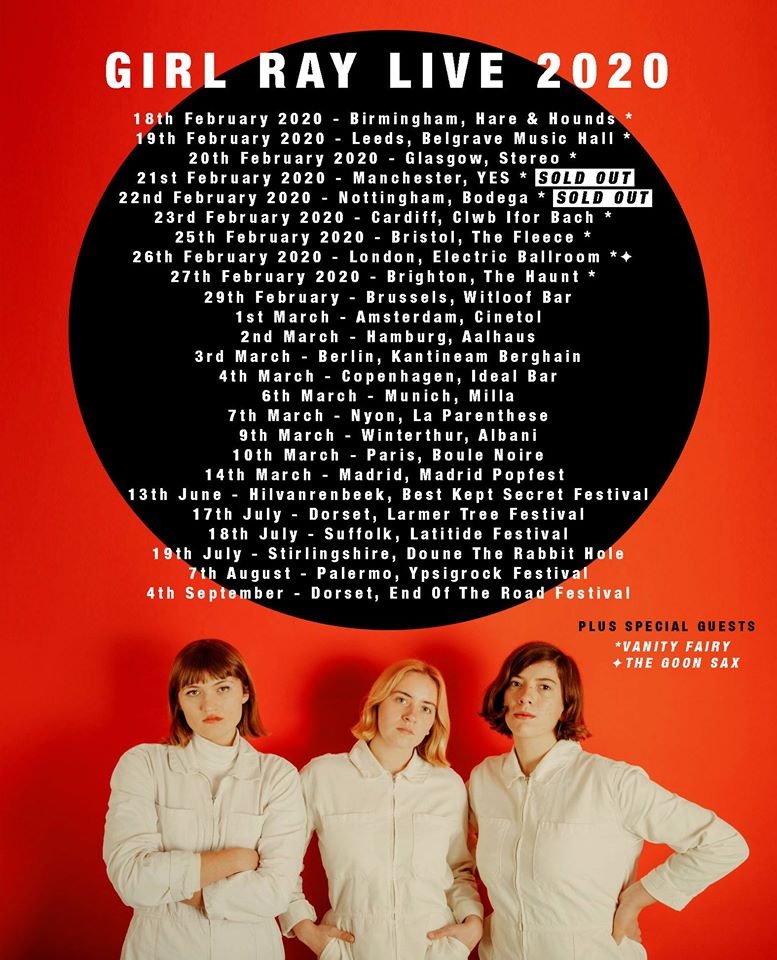