The Orielles reach for the stars 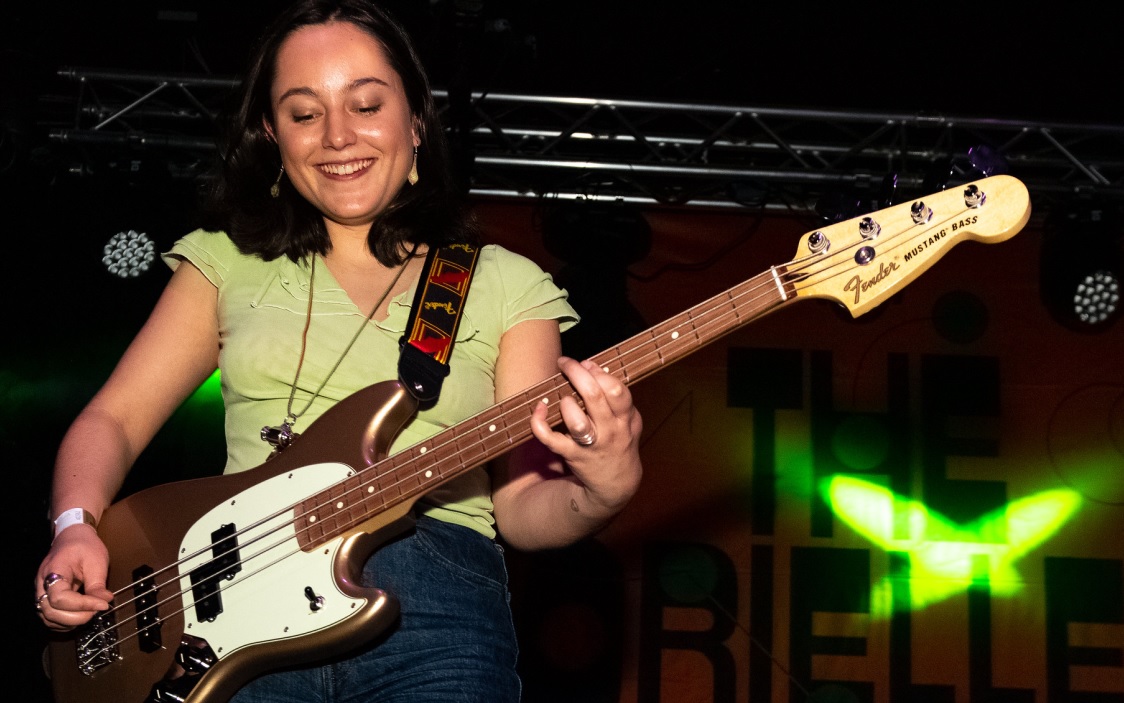 I’ve been following The Orielles since I first heard their awesome track ‘I Only Bought It For The Bottle’ with its deliciously retro vibe and psychedelic guitar riff when it appeared on my Twitter feed in the late summer of 2017. From that moment on I was hooked. I remember musing at the time, how could such a young band produce such a mature and evocative sound?

Unfortunately I missed their appearance at the sadly defunct and much-lamented Sticky Mike’s Frog Bar on Halloween night that year due to a prior engagement. Luckily I was able to catch them on a hot, sunny May afternoon at the 2018 Great Escape Festival when they played the ‘Beach House’ venue to a capacity crowd. The performance went down a storm and their potential for stardom was there for all to see. They have since garnered widespread critical acclaim as well as regular ‘A list’ airplay on BBC6 Music, made an appearance at Radio 1’s Big Weekend last year and have played a string of high-profile festivals.

Hailing from Halifax, The Orielles are sisters Esme Hand-Halford (bass and vocals), Sidonie Hand-Halford (drums), Henry Carlyle Wade (guitar and vocals), who the sisters met at a house party and formed a band the following day. Alex Stephens (keyboards) later joined the band in the Autumn of 2018, to give the band a more expansive electronic sound. However, tonight’s show featured an excellent but unidentified female keyboardist who completed the quartet in place of Alex. 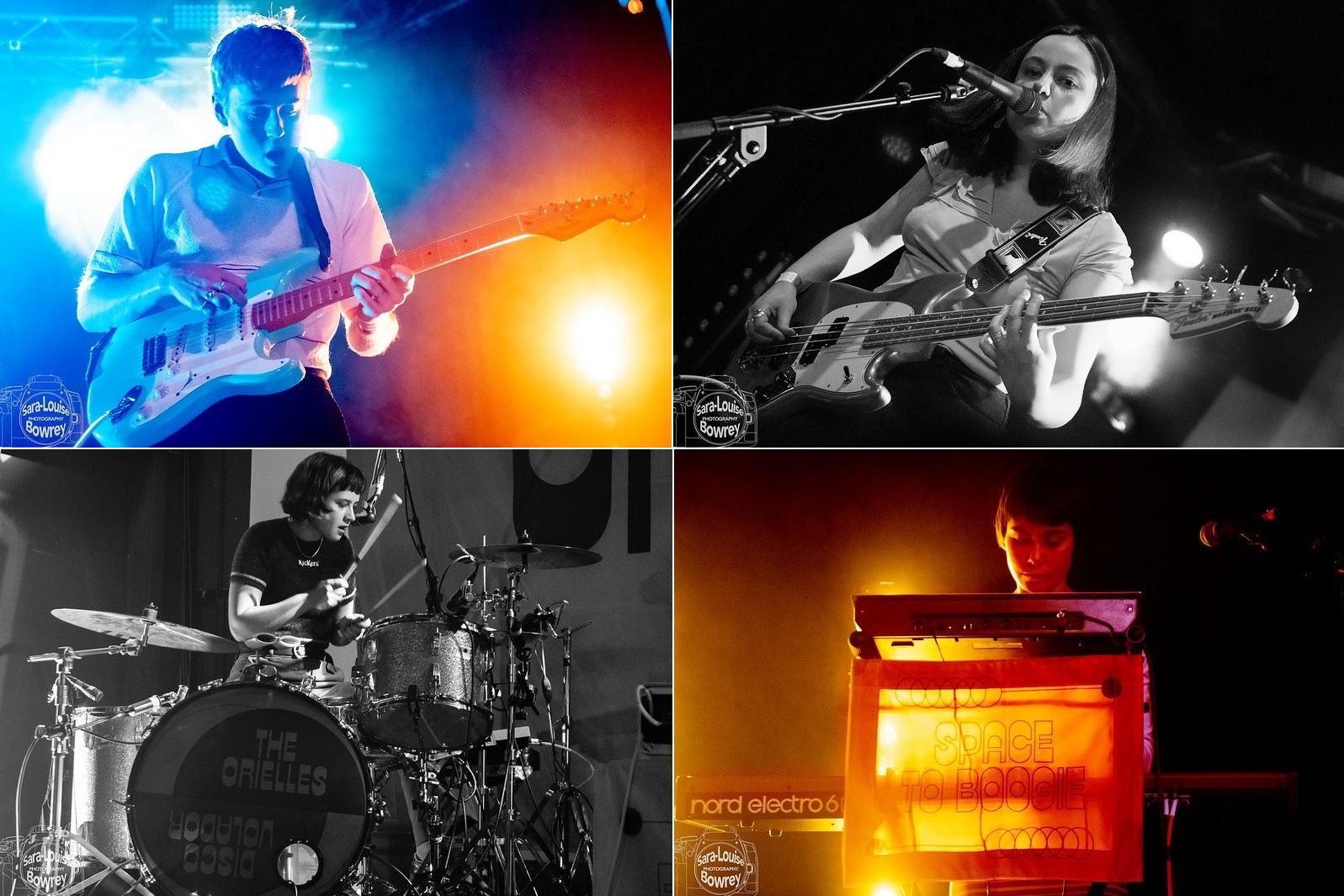 They are signed to the Heavenly record label whose contemporaries include Working Mens Club, Pip Blom and Confidence Man, who have all made recent appearances in the City. The current tour is happening in support of their brand new second album ‘Disco Volador’ which was released on 28th February 2020, just 2 days prior to this event. Tonight at CHALK in Brighton was the fourth date of 15, encompassing 8 dates in the UK and 7 in the United States in little over a month. I had decided not to listen to the new album before the gig as I wanted to hear the tracks for the very first time performed live.

We were treated to 12 songs in all with no less than 8 from ‘Disco Volador’, which, according to the album notes sees the band “push their sonic horizon to its outer limits as astral travellers, hitching a ride on the melodic skyway to evade the space-time continuum through a sharp collection of progressive strato-pop symphonies”.

It’s impossible to pigeon hole this band into any particular genre. The Orielles style encompasses elements of surf, alt and 60’s psychedelic rock, northern soul, 90’s shoegaze and 70′ funk disco all fused together in rich kaleidoscopic soundscapes. Whilst there are elements of bands like Stereolab, Broadcast and label-mates Saint Etienne within their music, the Orielles plough a lone furrow in pioneering their own unique esoteric sound.

Highlights for me were the catchy ‘Let Your Dogtooth Grow’ and the swirling ‘Blue Suitcase (Disco Wrist)’ from their first album ‘Silver Dollar Moment’. From the new album I really liked the funky 70’s feel of ‘Bobbi’s Second World’, the dynamic tempo changes of ‘7th Dynamite Goo’ as it skips merrily along, Esme’s summery vocals floating across the cowbell heavy ‘Space Samba (Disco Volador)’ and the dreamy, otherworldly ‘Whilst The Flowers Look’ which was quite outstanding.

A number of colourful guitar changes were made throughout the performance and the band’s attention to aural detail was quite something.

The group closed-out a fantastic set with their epic debut single ‘Sugar Tastes Like Salt’ which twists and turns its way through almost 9 glorious minutes, a real crowd-pleaser which had everybody dancing and sent the Sunday night audience home happy and perfectly set-up for the week ahead. 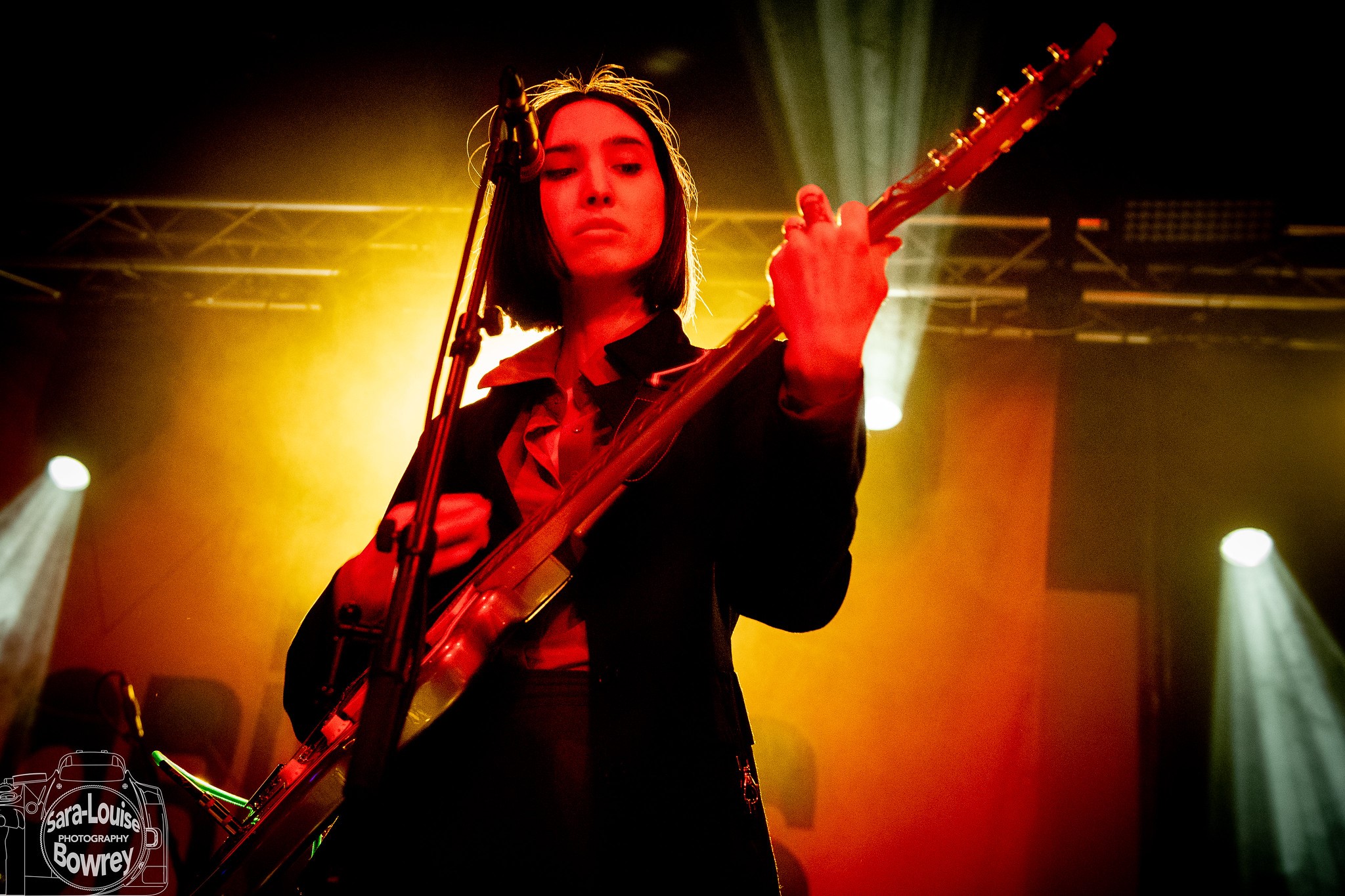 Julia Bardo was first up with her four-piece backing band. I had previously seen her in Brighton last year as she is also in ‘Working Mens Club’ who played Hideout at The Great Escape 2019.

I have to say, her solo music is a million miles away from the rocky, punky energy of WMC (although they are brilliant). She has a great voice not unlike Joni Mitchell and I genuinely feel she has potential to take high rank in the music world. Check out her track ‘I Wanna Feel Love’ which has a nostalgic sixties feel with her introspective native Italian vocals overdubbed. It can be found on YouTube and Spotify and was the stand-out track of her set on the night for me.

Bardo highlighted her vocal capabilities further still on the final track of her set, a version of Fleetwood Mac’s ‘Dreams’ fused with a little of Björk’’s ‘Big Time Sensuality’. If you’d closed your eyes, you may well have visualised Stevie Nicks herself singing and that’s probably the highest compliment I can pay. If she comes back to Brighton, I’ll be in the queue for a ticket. 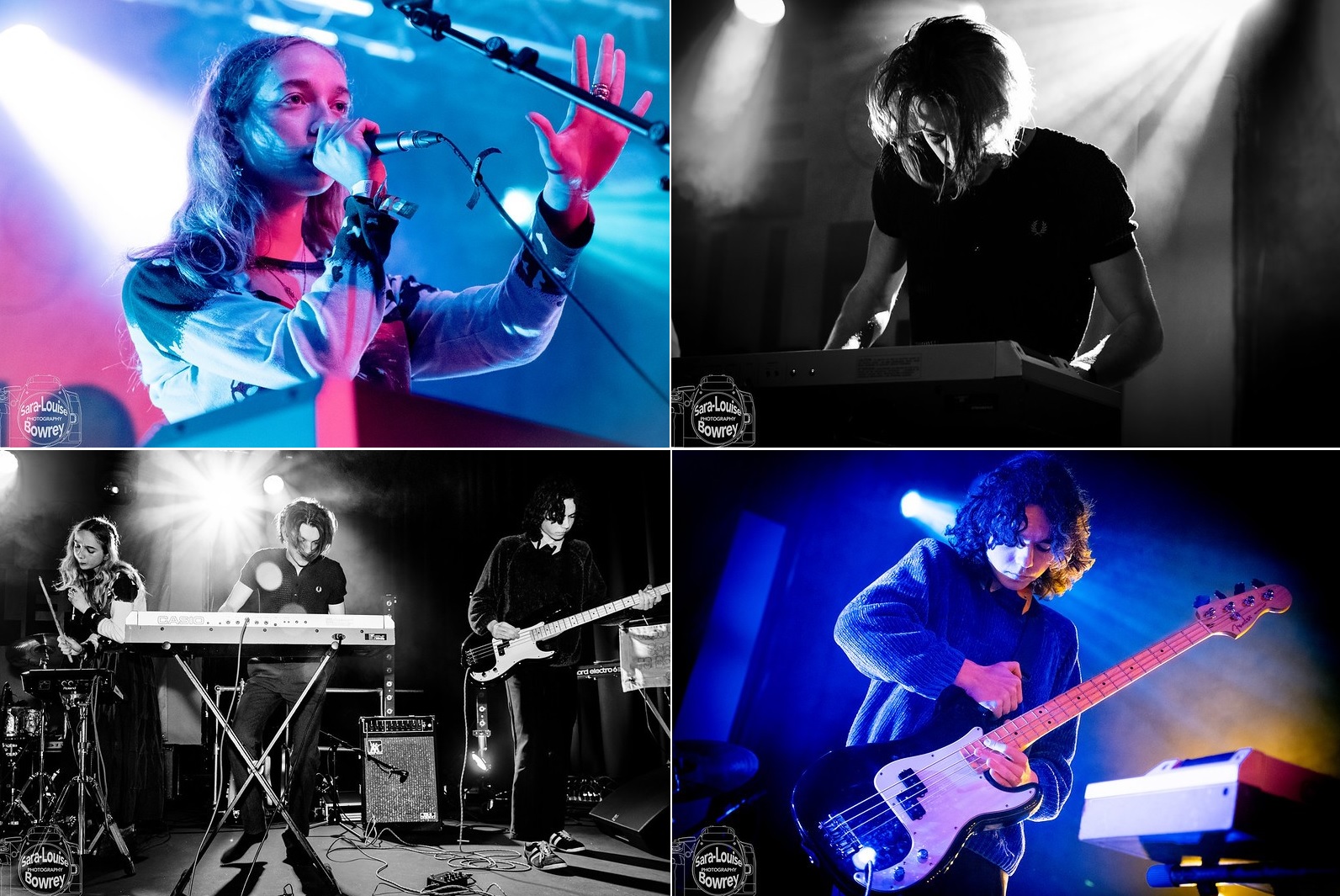 The Drug Store Romeos are a trio hailing from Fleet in Hampshire comprising childhood pals Johnny, Charlie and singer Sarah. Their style is very much layered dream-pop with elements of trip-hop complimented by Sarah’s ever-so soft ethereal vocals set against lush, textured soundscapes. You can almost drift away as she sings and it made for a mesmerising live performance.

Sadly, I didn’t catch the setlist, but there were a couple of stand-out tracks – check out the stunning, trippy ‘Now You’re Moving’ and their awesome latest single ‘Frame Of Reference’ which is both minimalist and dance-worthy at the same time. Both tracks can be found on YouTube and Spotify. 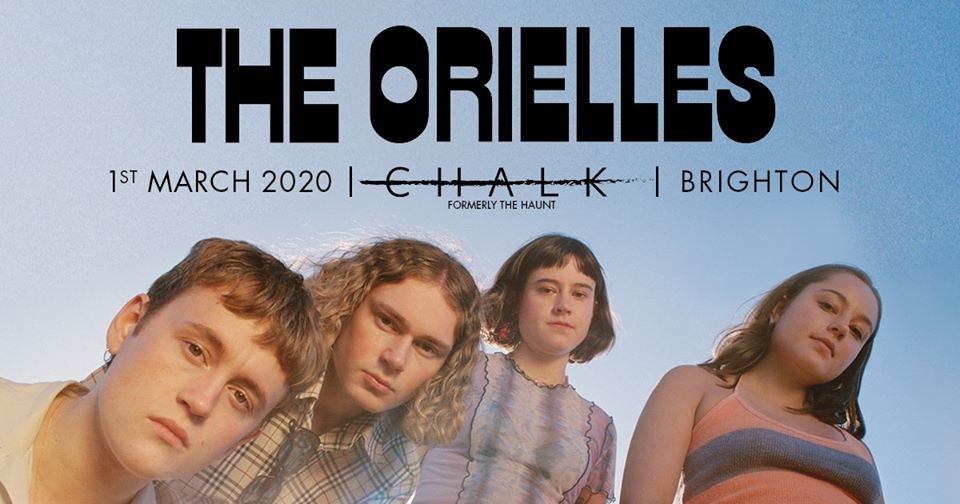