Man dressed as superheroes told he can’t come into courtroom 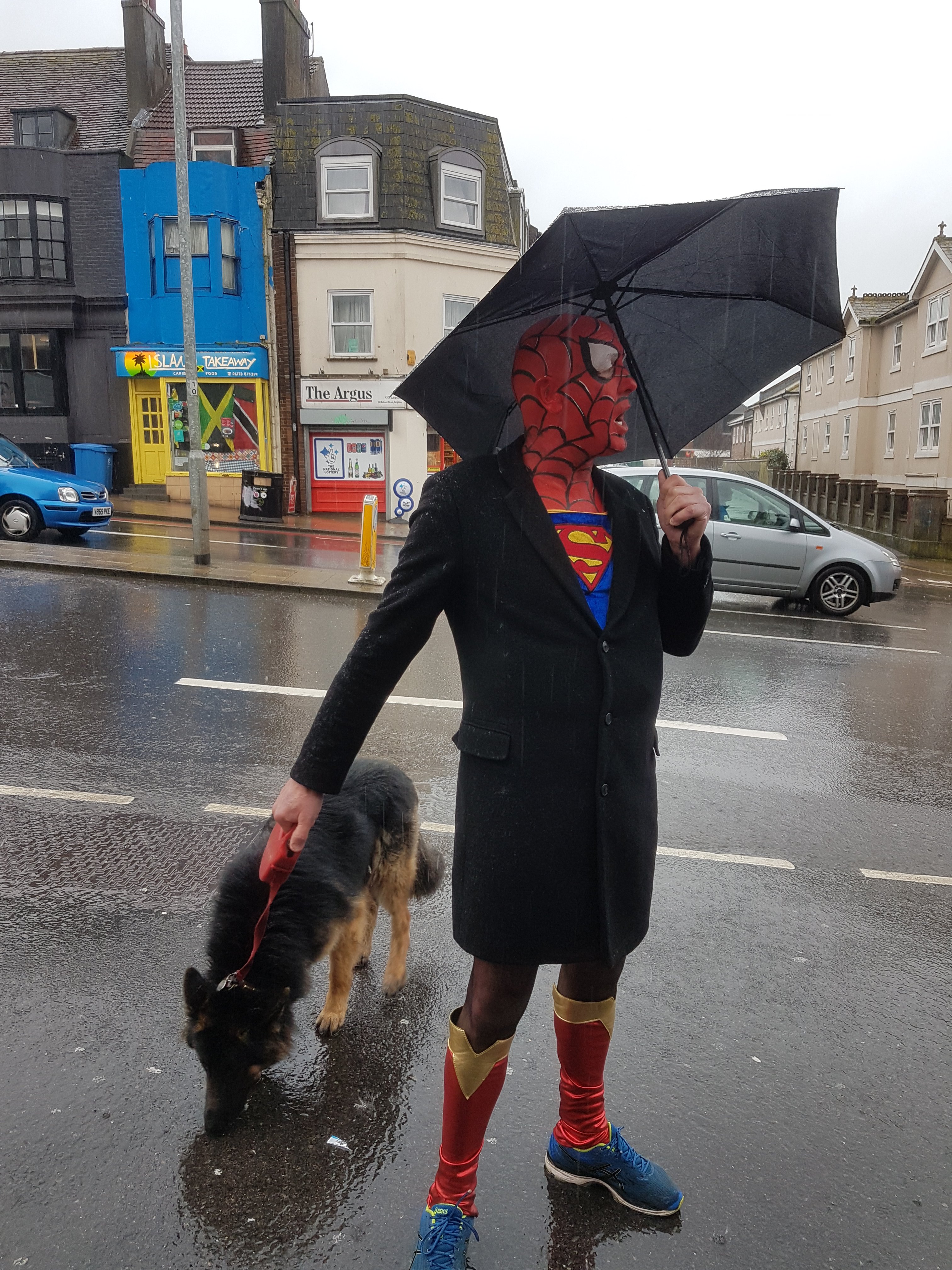 A defendant who came to court dressed as Spiderman, Superman and Wonder Woman was told he couldn’t come into the courtroom unless he dressed appropriately.

David Chick, 52, was initially denied entry to the court building itself after he tried to bring in his dog with him.

Eventually, he tied the dog up outside the court and came inside – but District Judge Tessa Szagun said he would not be allowed into courtroom 6 where he was due to appear unless he wiped off his facepaint.

She said she would have possibly made an exception if it was to mark World Book Day, but after hearing it was part of a Fathers4Justice protest, she said it was important to preserve the “dignity of the court”.

DJ Szagun said to Mr Chick’s lawyer Linda McDonald: “I have reflected on the matter I think that you have tried to have a word with Mr Chick.

“Having looked at the circumstances of this offence, it’s my view that I will approach this in this way.

“If you have sufficient instructions to enter a not guilty plea on behalf of your client I will approach it in that way.

“I won’t issue a warrant for his arrest because he did attend but was not allowed to enter the courtroom.

“He needs to know that if he wishes to attend the courtroom for this trial, he needs to be properly presented to court, not just in regards to his face paint.

“In the event of his attending in that way and not being admitted to court, the court will still proceed in his absence.

“He is being given the opportunity to not make a mockery of the process.”

Chick, of Minsterworth in Gloucestershire, is charged with harassing a woman over five weeks last August and September by sending multiple emails, leaving multiple voicemail messages and attending her address.

Miss McDonald pleaded not guilty on his behalf.

His trial is now listed at Brighton Magistrates on April 29.