Hardcore punk in Hove? Surely not? 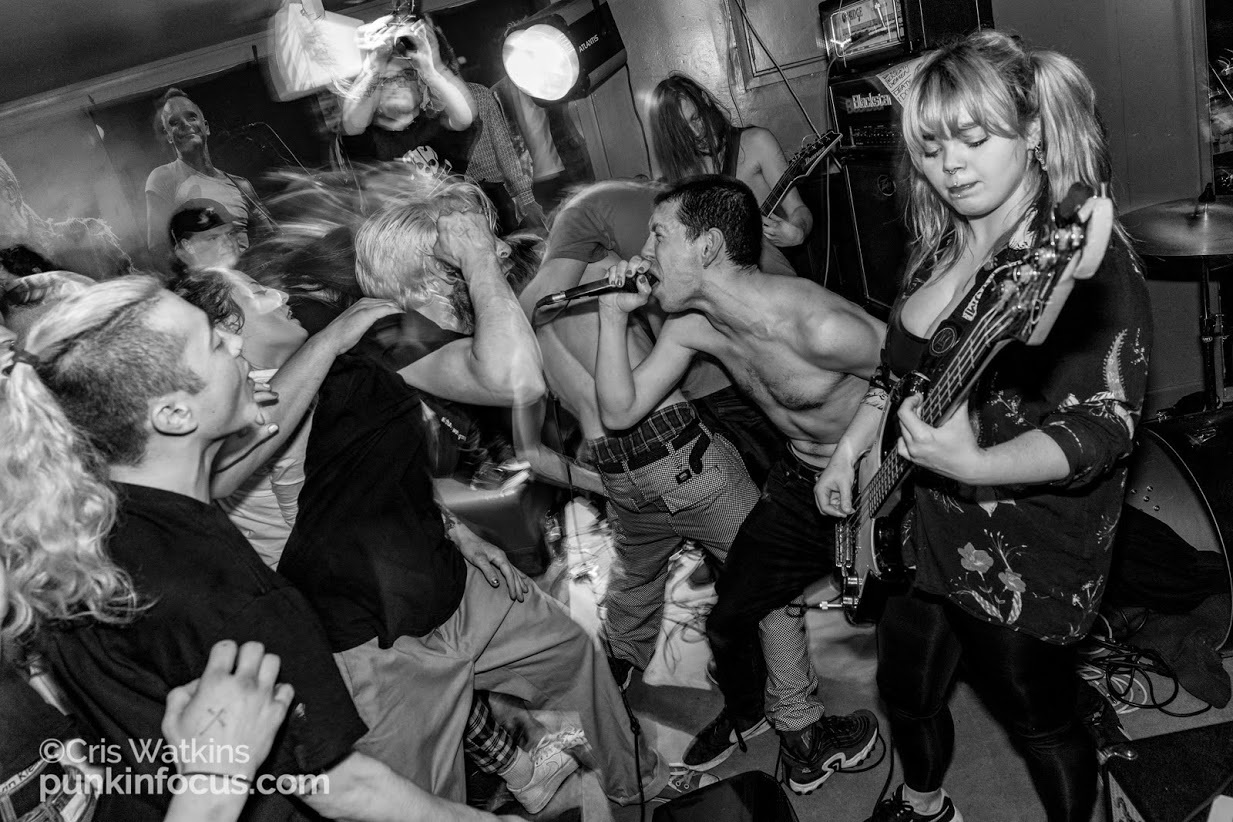 Yes it’s absolutely true! Tonight the foundations of the popular Back Beat Bar at 5&6 Western Road, Hove were well and truly rocked to the core…..Hardcore!

On the bill were four young bands that are flying the flag for the local Hardcore scene. These acts were Negative Measures, Negative Frame, Domepiece and Revoked.

We made our way along Western Road directly from Waterstones book shop by Brighton clock tower, as we were covering a special book launch Q&A session from none other than Brian James of The Damned and Lords Of The New Church fame. Read our review of those events HERE. By the time we had finished talking with this legend and ended our cold brisk walk, we had sadly already missed the first two bands on the bill, namely Domepiece and Revoked.

Revoked are a hardcore quartet hailing from Kent and consists of Kyle (vocals), Matt (guitar), Jack (bass) and Connor (drums). They are next performing in Brighton on Friday 10th April at the Cowley Club on London Road, along with tonight’s headliners Negative Measures and 3 other bands – details HERE.
Check out their latest 7 track EP on Bandcamp.

Domepiece are another Kent based hardcore unit, but sadly they do not have any forthcoming Brighton concerts listed at present, but you can check them out Domepiece on Bandcamp. 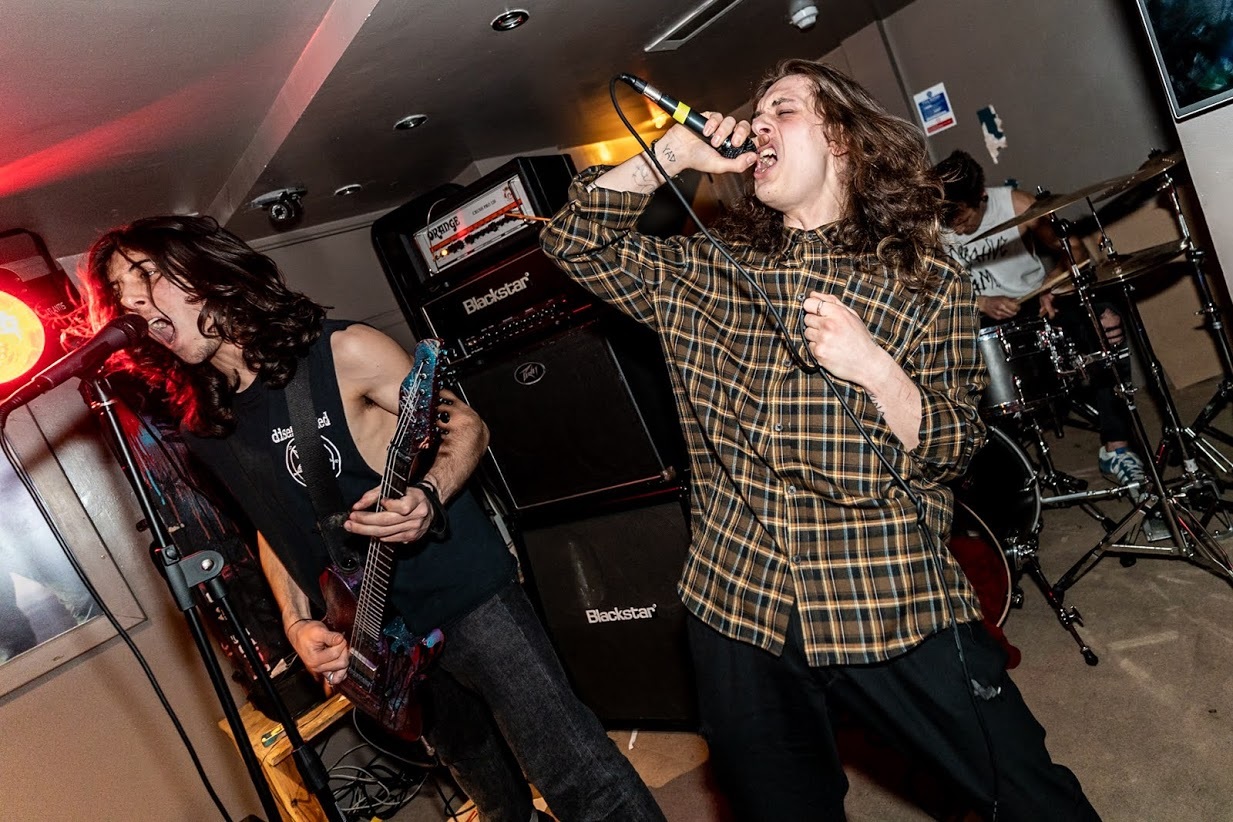 The first band that we got into see were Negative Frame and they were returning to town after a six month absence, having last time played The Pipeline back on 15th September along with tonight’s headliners Negative Measures and a couple of other acts.

London based Negative Frame consists of Kesari Gorin (vocals), Olly Coyne (lead guitar/vocals), Jack Morrisey (bass/vocals) and Robert Marin (drums) and they became friends through skating around London and jamming together at college. They launched their ‘Pestilent’ EP back on 1st December 2018, when they were supporting Discharge at Club 85 in Hitchin – must have been some night! 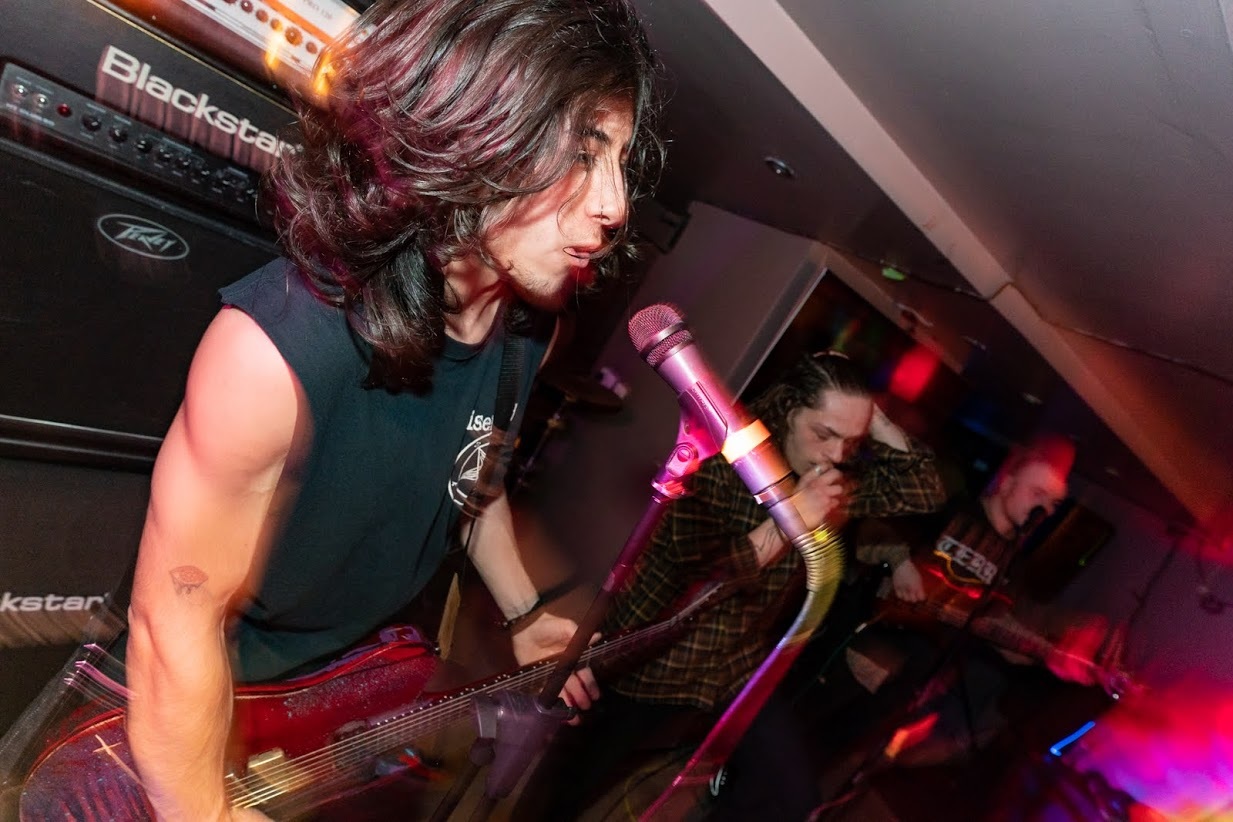 Negative Frame took to the underground Back Beat Bar stage 15 minutes later than planned and kicked off at 9:35pm at breakneck speed and performed 8 tracks. The compact room has a low ceiling and so all of the sounds are compacted within that area, in other words, it was fu**ing loud! The audience were noticeably aged between around 20 to 30 and consisted of I would suggest 40 to 45% female. Back when I first saw Discharge at the Lyceum in London with The Exploited, Anti-Pasti, Chron Gen and Anti-Nowhere League sharing the bill – incidentally all of these bands are still performing in one form or another today – the hardcore punk fan scene was totally dominated by blokes with the token girl. Thankfully, tonight is a different ball game indeed. The girls were moshing just as good as the lads this evening, and I have to say that it was a boisterous affair, especially during the headline act!

Negative Frame sound to me not pure hardcore punk in the true sense, there’s tons of metal in there and so I would suggest that they straddle both scenes. The punters and our photographer Cris approved, but I personally prefer to stick within the punk boundaries. As they concluded their set, a guy next to me turned to his mate and shouted “Damn! That’s some heavy sh*t” and he wouldn’t be wrong! 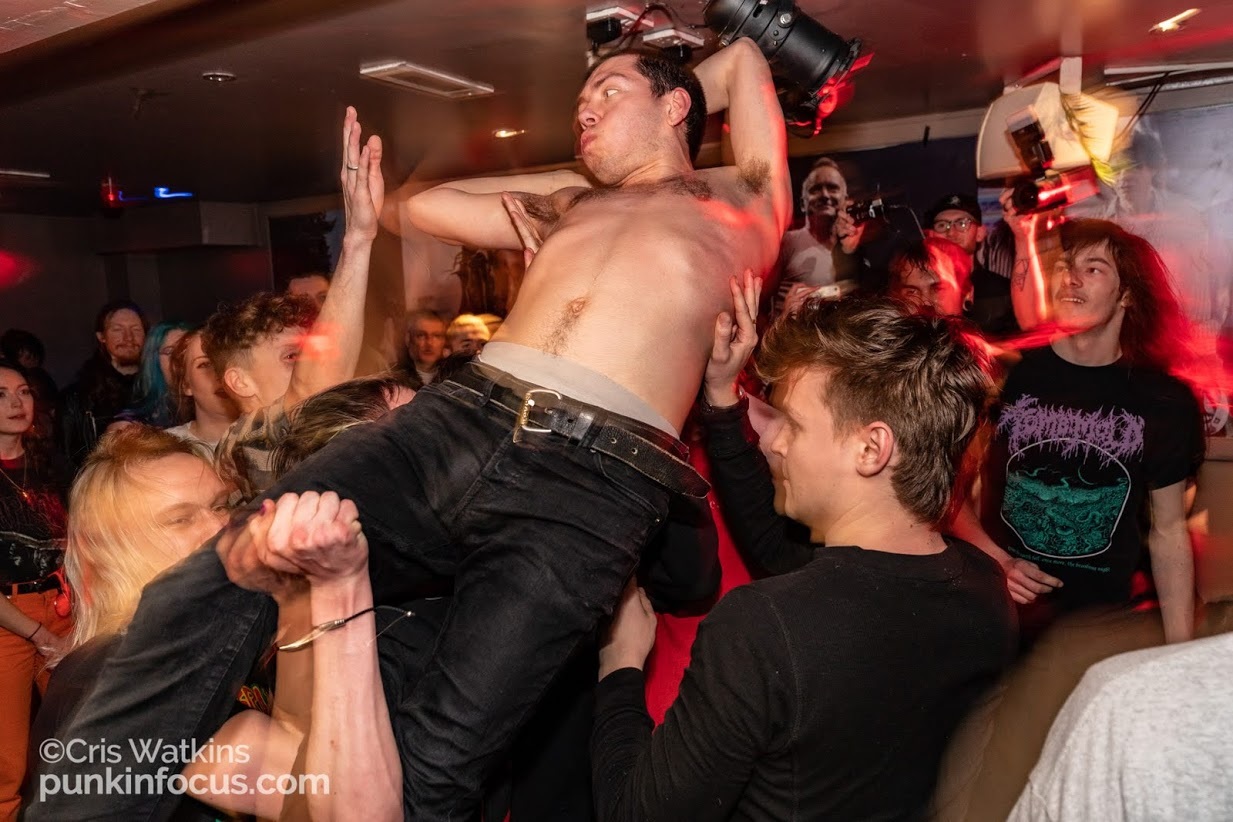 It was time for tonight’s main act to grace the compact stage, Negative Measures. I understand that the management of the joint were understandably a little edgy regarding the evening running a tad late, as the band finally graced us with their presence at 22:17pm, which was 17 minutes later than planned. They really should have not have worried one iota as Negative Measures bolted through their 8 track set in record time. It took them a mere 18 minutes! By 22:35, they were done! I do believe that this is the shortest full headline set that I have ever witnessed. Although The Exploited and UK Subs gig at the Pavilion Theatre in Brighton back in the day came close, as there was a full on riot and the gig was stopped by the police, but that wasn’t a full set. 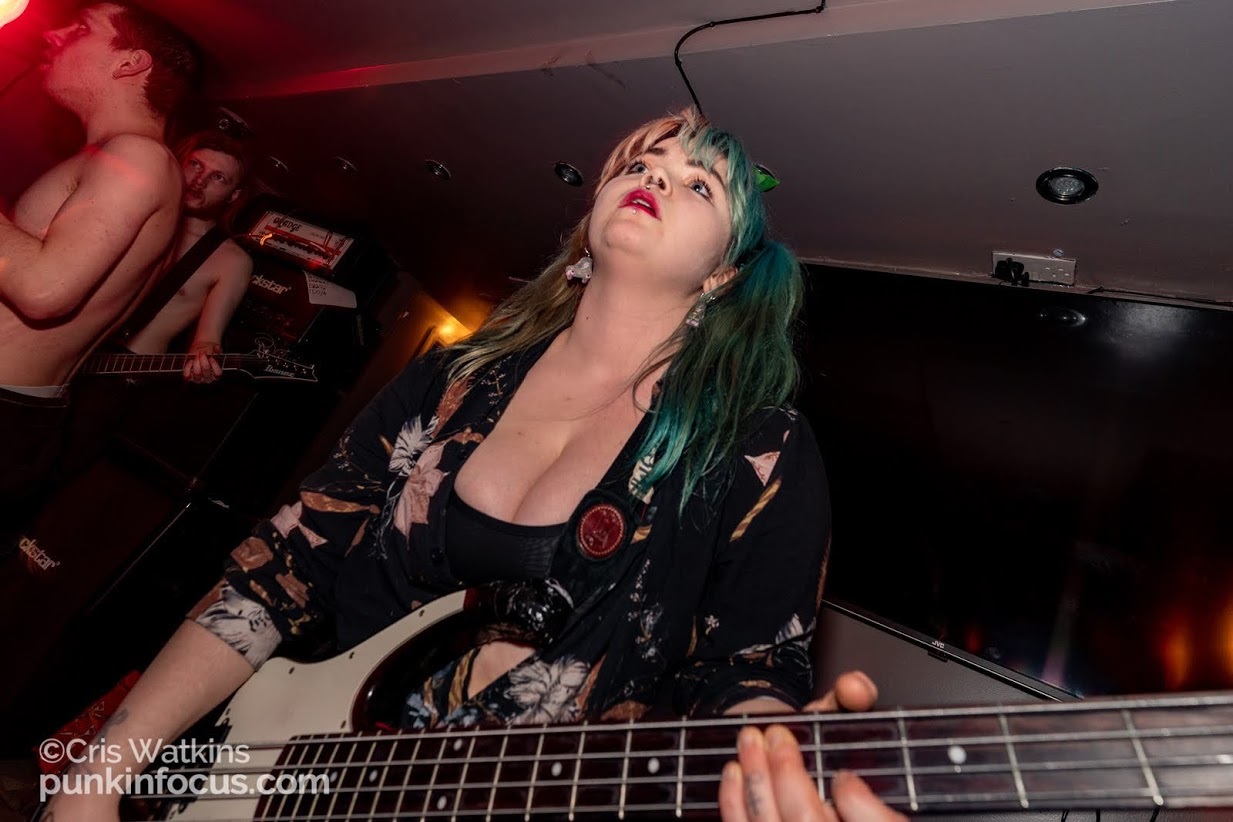 Negative Measures are a Brighton based hardcore punk quartet who have been on the scene for just over 5 years and consists of Jack Goring (vocals), Tommy Ashcroft (guitar), AJ (drums) and Pussyliquor’s very own Hannah Waterman (bass). They are performing beneath the ground in Hove tonight as part of their 9 date March UK tour in support of their brand new single…. ‘Beneath The Ground’.

You can check out the accompanying 136 second video HERE and if you have 15 minutes to spare, then check out one of their full live sets HERE.

The Negative Measures performance was an electrifying energy filled event, with a seriously full on kicking, pushing and shoving mosh in full swing throughout the whole duration of the set. God knows how our photographer managed to get so many decent shots from the front – well done that man! 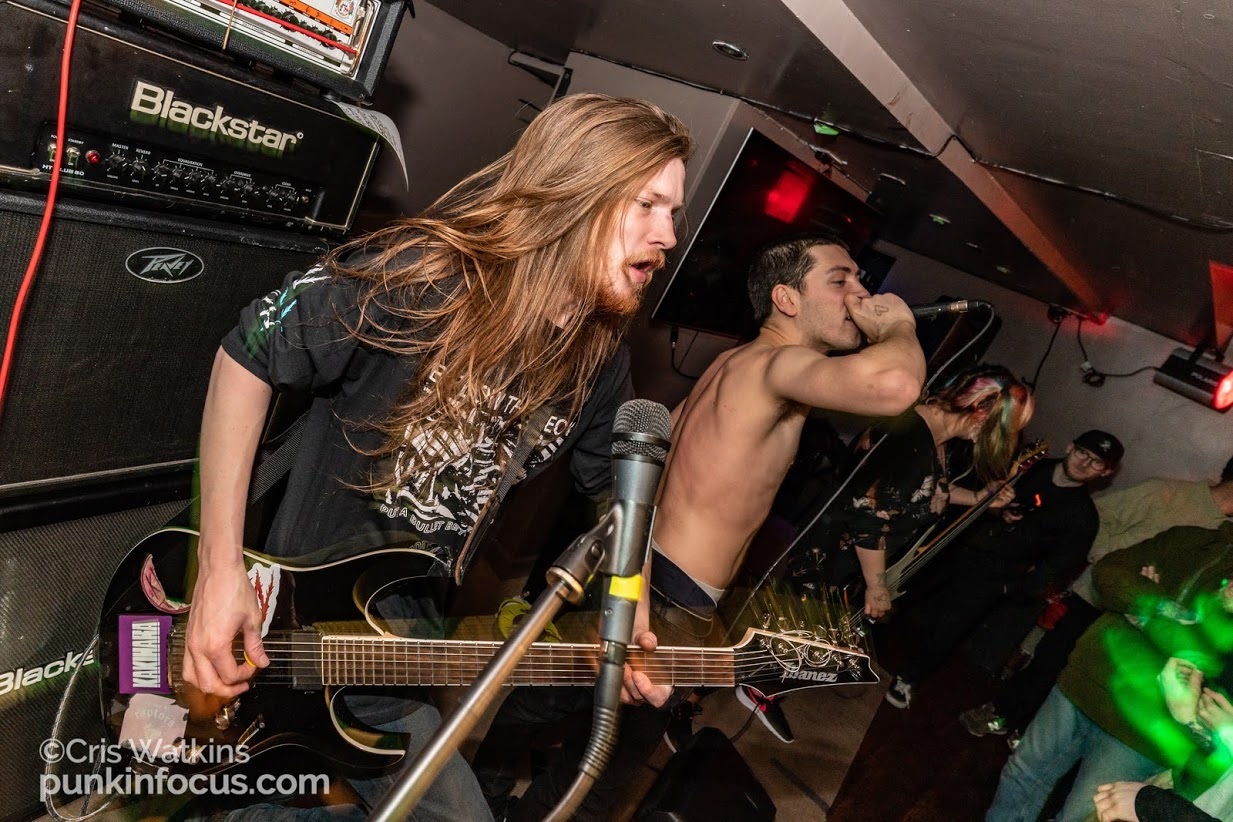 The new single ‘Beneath The Ground’ was performed one tune earlier than according to the abbreviated setlist and vocalist Jack dedicated one of the tunes to his best friend Lenny that he had lost earlier on today. Lenny being his 13 year old dog.

These guys certainly know how to rock and so you can next check them out in Brighton as mentioned earlier, on Friday 10th April at the Cowley Club on London Road – details HERE.

Negative Measures setlist:
‘Intro’
‘Anatomy’
‘Pessimism’
‘Beneath The Ground’
‘Pressure’
‘Beaten Into Submission’
‘Death Of All Epiphanies’
‘I Don’t Owe You Anything’

Tonight, this most certainly was a case of two negatives making a positive! 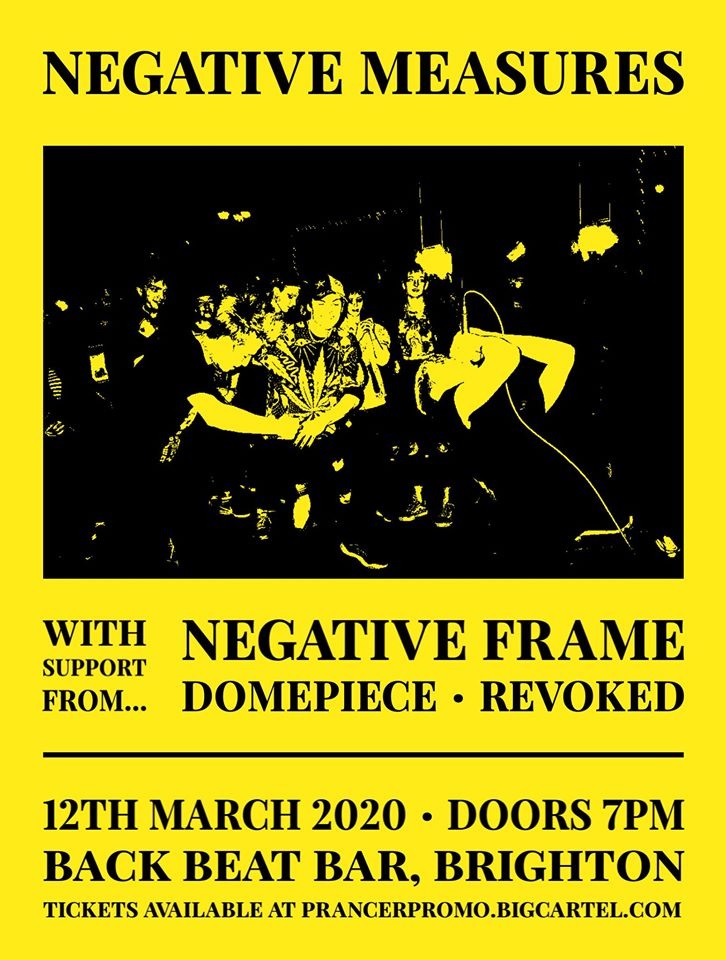 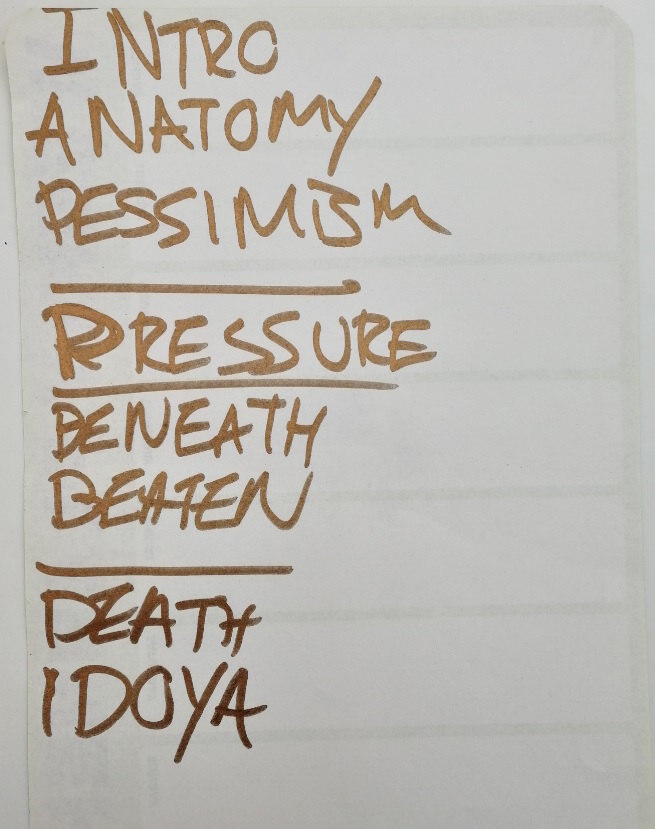 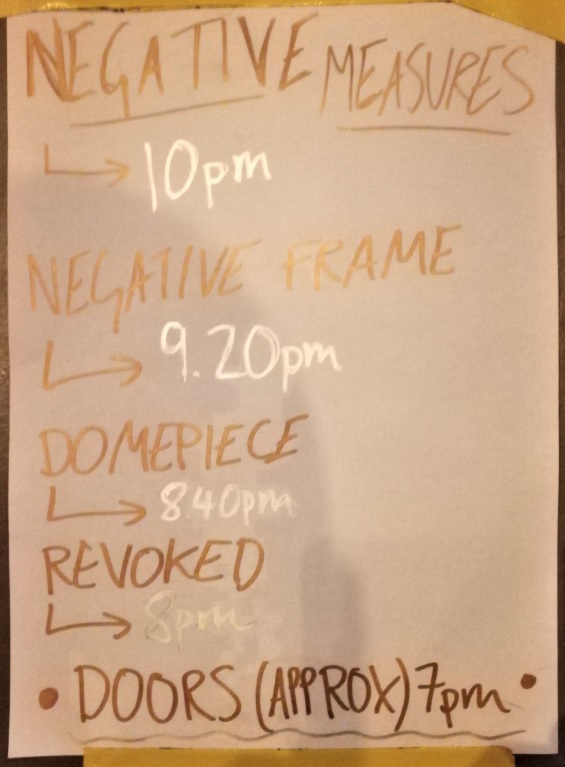