Is this the doorstep conman who stole £6k from a trusting pensioner in Hove?

Sussex Police are trying to trace a doorstep conman who fleeced a trusting pensioner in Hove. 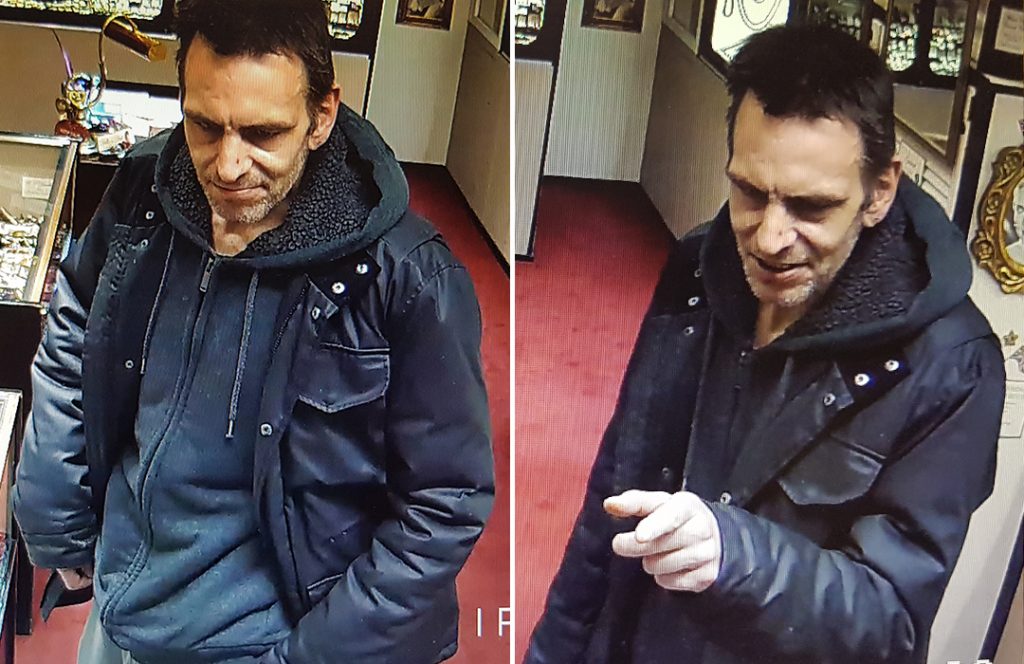 The force has published pictures of the man suspected of stealing £6,000 from the elderly woman’s bank account.

She was conned by a bogus worker who claimed to be from the council and said that her drains needed work.

Sussex Police said: “Police would like to speak to this man in connection with the theft and fraudulent use of an elderly woman’s bank card in Hove.

“At around 1pm on Friday 31 January, the victim received a phone call from a man claiming to be from Brighton and Hove Council and saying that works were needed to her drainage system via the piping in the street behind.

“Five minutes later, the victim’s doorbell rang. A man claiming to be from Brighton and Hove Council told the victim that he needed to take a £25 deposit for the works to be completed the next day.

“The victim reluctantly gave her debit card and PIN and the man left stating he would return with the card.

“Subsequently, numerous unauthorised transactions from the victim’s bank account were made to the value of £6,000.

“If you know who this man is, or have any other information relating to the incident, please contact police online or call 101 quoting serial 987 of 31/01.”

Brighton and Hove City Council said: “We are appalled by this incident and extend our sympathies to the victim.

“All council staff carry photo ID and must show it when visiting residents.

“Council staff are also not allowed to ask for people’s PIN numbers for credit or debit cards.”