A suspected drug dealer from Brighton is in custody after a high-speed police chase through Brighton and Hove. 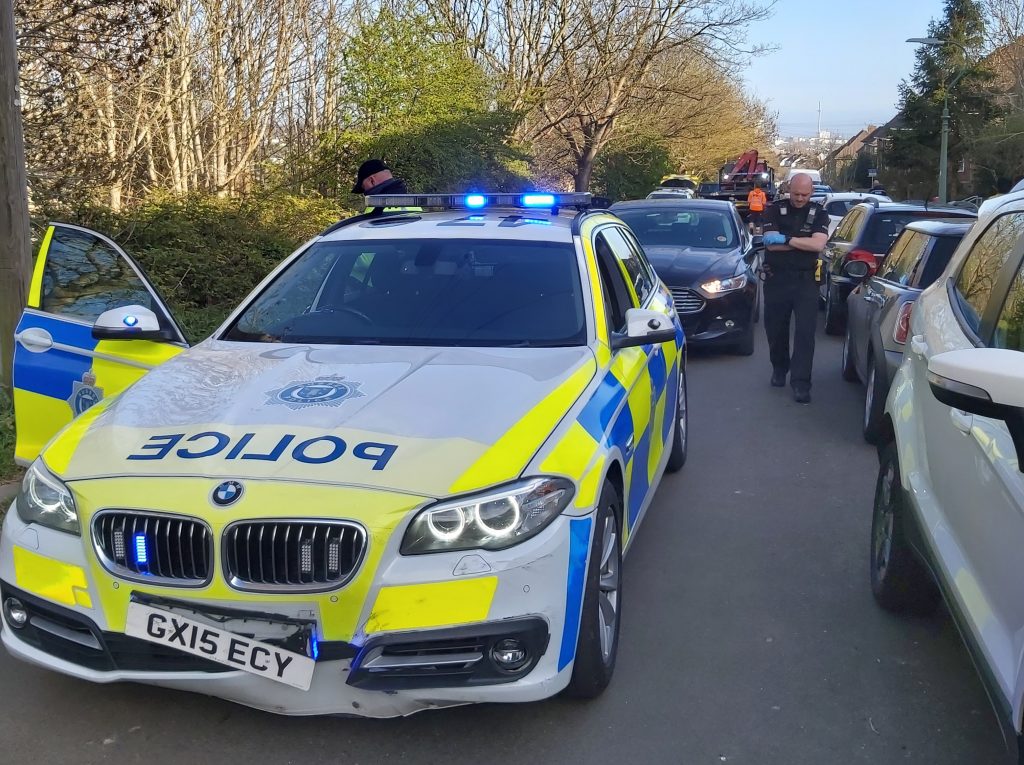 The scene in Downland Drive just after 5pm

The 26-year-old man was arrested yesterday afternoon (Monday 6 April) on suspicion of dangerous driving and having cannabis with intent to supply.

An Audi TT was recovered in Downland Drive, Hove, at about 5pm as dozens of police combed the area.

“The vehicle – an Audi TT – was pursued through the city centre to Hangleton, where an area search was carried out with the assistance of the National Police Air Service helicopter and a man was detained.

“A 26-year-old man from Brighton was arrested on suspicion of possession with intent to supply a class B drug (cannabis), dangerous driving and failing to stop when required by police.

“He remains in custody at this stage.

“Inquiries are ongoing and anyone with any information about the incident is asked to report it online or call 101, quoting serial 963 of 06/04.”